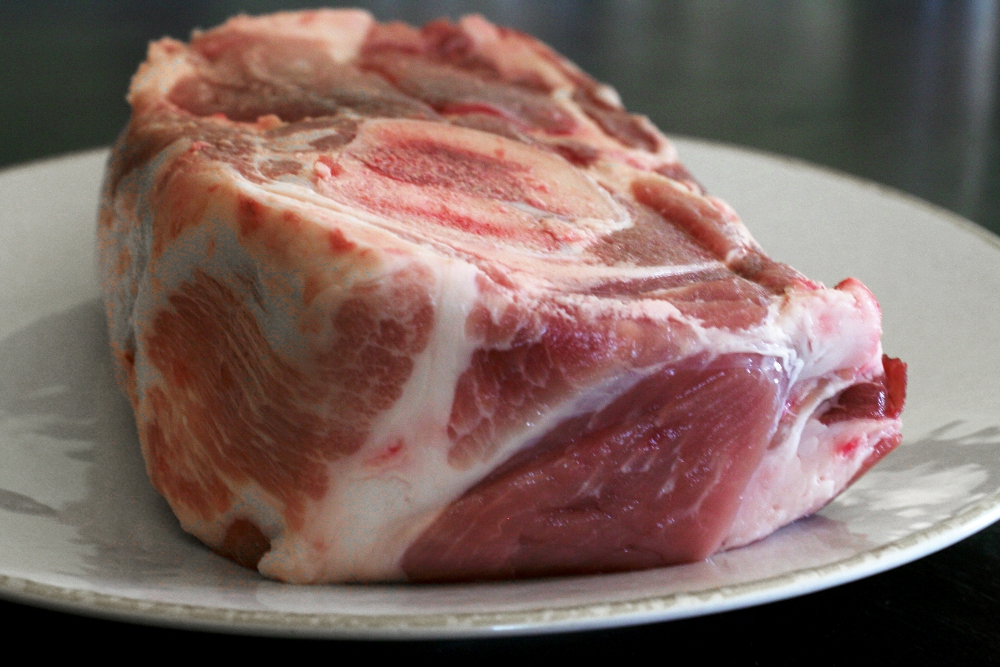 Hi, remember me?   I used to have something to do with this blog too…

I’ve been traveling quite a bit for work and just been so busy that I haven’t been pulling my weight around here.  That doesn’t mean I haven’t been eating though.  A few weeks ago, Leslie wrote about a trip to the Mineral Point Farmers Market.  We bought an exquisite pork shoulder roast from Marr’s Valley View Farm and the next night we slow cooked it and served it with asparagus (from Bures Berry Patch).

Doesn’t that pork look good enough to eat raw?  The asparagus too! (I actually did eat some of that raw.)  By the way, how great is Leslie’s new Sigma 50mm macro lens? 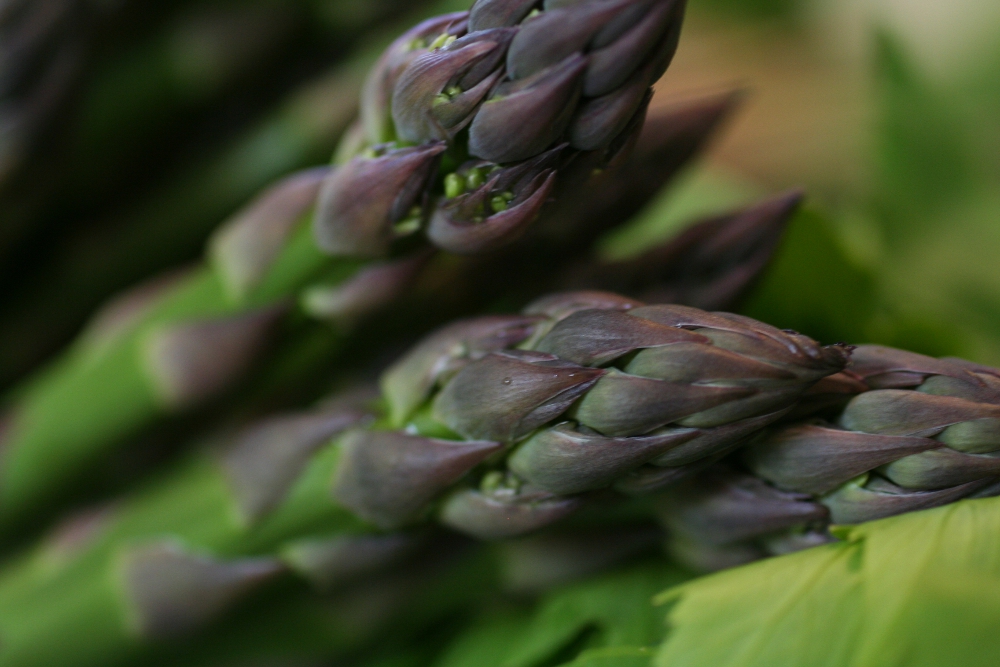 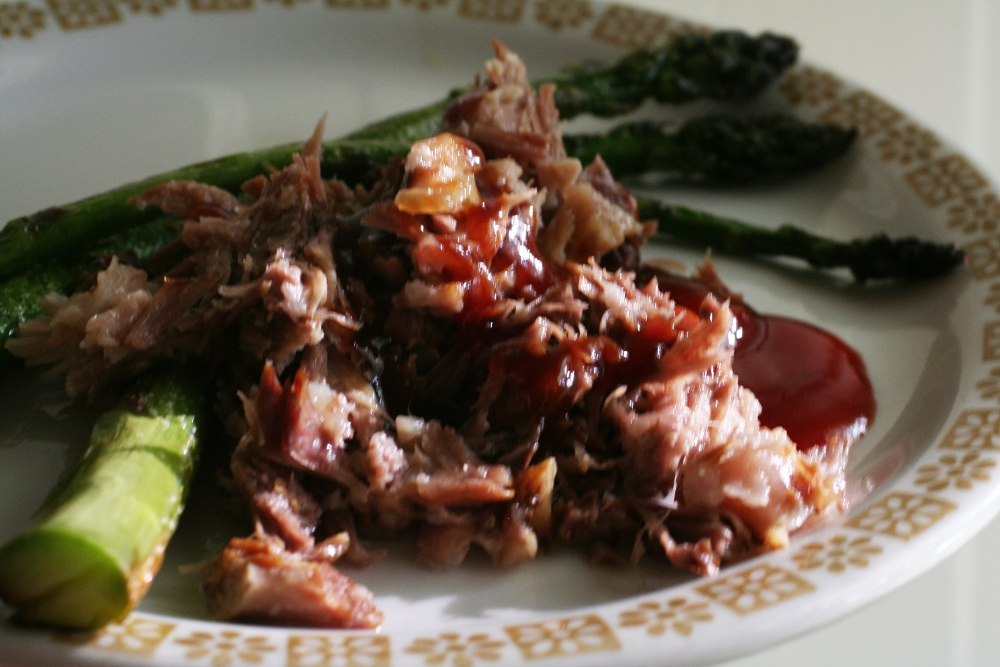 Barbequed pork shoulder is one of my favorite foods.  I’ve really been trying to learn to make it properly (in a smoker, for hours and hours) myself.  The best example of BBQ pork shoulder I’ve ever had was at Memphis BBQ in Las Vegas (but started in Murphysboro, Illinois).  It was a religious experience.   But I’m lazy and my smoker is too cheap to use on cold days (hey, I only paid $16 for it).  So (true BBQ afficionados might want to go somewhere else at this point)… I cooked it in the oven. Okay, so I’m a cheater.  Preparation took awhile but couldn’t be easier:

Marinate the 3 lb pork shoulder roast for 6 hours in:

Keep about half the marinade with the roast and cook it at 250 F for five hours, or until fork tender.  Use a Dutch oven to keep in the moisture and regulate the temperature.  For texture reasons, I really prefer chopped pork over pulled pork, so I let the pork cool for ~20 mintues and then chop it up.

We served it with Big Butz cranberry sauce and homemade pepper vinegar (jalapenos, thai peppers & sport peppers in vinegar, good on anything except a peanut butter and jelly sandwich).  We simply pan fried the asparagus in olive oil until browned on one side and salted it with kosher salt.

Apologies for the out of focus picture, by the way.   By the time we noticed we didn’t get a good picture, we had already eaten everything.