Like everywhere else, Mineral Point has been feeling the effects of the economic downturn.  There are a few too many empty storefronts downtown at the moment, and the restaurants have taken it particularly hard.  Closed recently are the Walker House, Gundry & Gray, Shedders, and (most lamentably) the Old Royal Inn.

Things are looking up though–at least on the restaurant front.  A new restaurant, Cafe Ellie (in the lobby of the Mineral Point Hotel), opened this week.  Opening night was shrimp and grits, but we missed it because Leslie had to work and I don’t like to go out in public by myself.  They have a very small but constantly changing menu, I believe they’ll typically offer 1 soup, 2 salads, 3 entrees (at least one vegetarian) and several desserts.  We had a bowl of broccoli soup, a chilled beet salad, meatloaf, lemon custard pie, bread pudding, and a couple of iced teas (all pictured below). 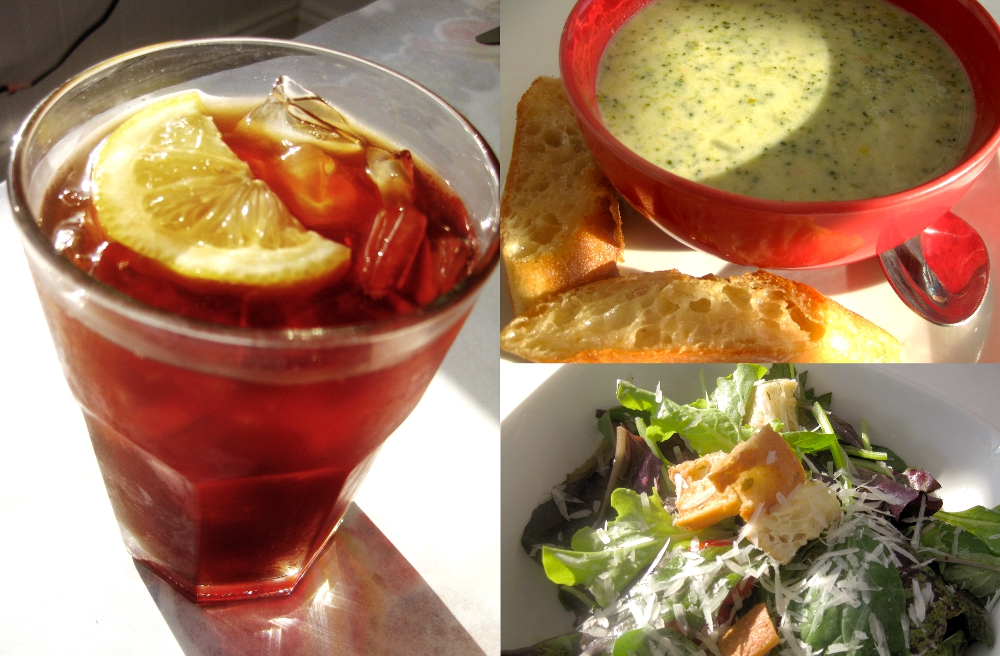 The broccoli soup was a great start to the meal.  It was chunky, just slightly creamy and was matched perfectly with a couple pieces of pan fried bread.  It reminded me of the soups at the General Store in Spring Green– definitely a compliment.  The main courses were just as good.  The chilled beets were served with mixed greens, goat cheese, and walnuts.  The goat cheese paired well with the beets, covering up the earthy aftertaste some people (me) find disturbing.  The meatloaf was served with green beans, roast potatoes, and salsa.  It was all prepared perfectly and the flavors were balanced excellently.  No complaints at all.  In hindsight, it would have been smarter to share one dessert.  We were so stuffed that I don’t think we were really appreciating the desserts, just trying to get through them. 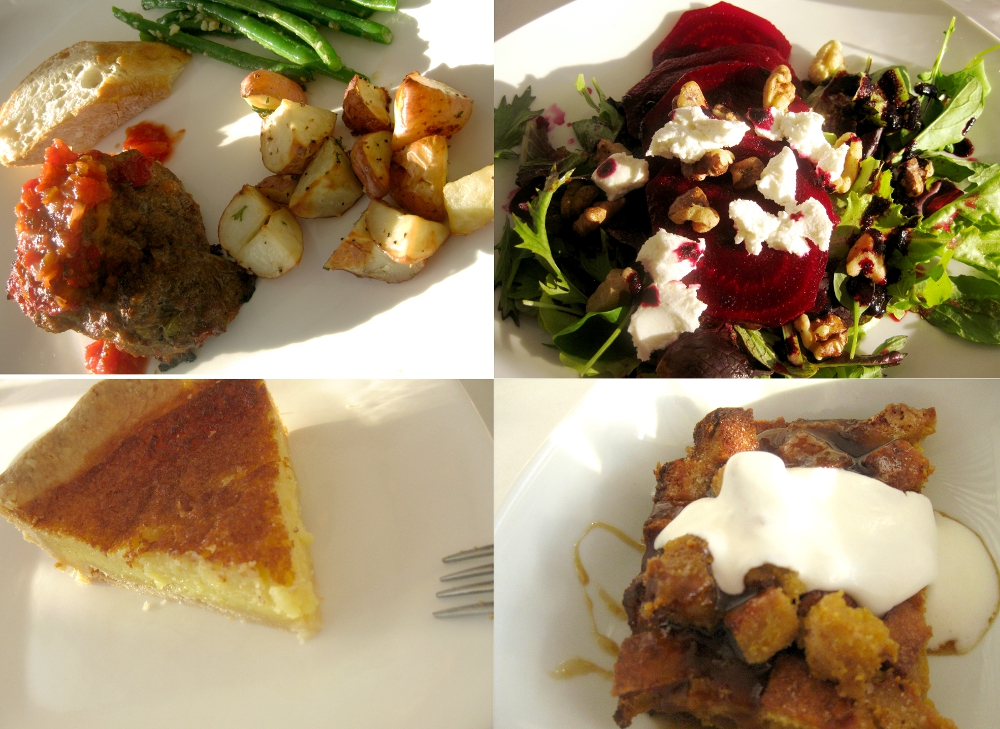 I haven’t mentioned yet (but you will already have noticed if you looked at the pictures at the top of the page), but the location is really nice as well.  The restaurant is in a stone building on Commerce street, right near the end of the High Street.  We ate inside, but the outdoor seating looked pretty inviting too.  It’s early days yet, but I’d have to say Cafe Ellie is the best restaurant in Mineral Point.