Cafe Porta Alba has experienced an upshot in popularity since relocating to the more trendy Hilldale last year.  Just a few steps from the Sundance Cinemas  and various boutiques, the restaurant is a top choice for theater-goers and shoppers not only for its proximity but by it’s friendly atmosphere and consistent preparation of top quality food.  Once in awhile on Friday or Saturday evenings they have “La Posteggia Napoletana”.  My friends Bill and Colleen Foley liven up the place with some Neapolitan music on the mandolin and guitar.  You might also catch me one of those nights singing some tunes.  Recently, Keith and I had the pleasure to dine there with J.M. and Nichole of MadisonAtoZ.  Everyone had pizzas except for me.  Keith had the Margherita con salame, J.M. had the Margherita, and Nichole ordered the Napoletana (margherita with anchovies), my favorite.  I warmed up to her instantly.  Obviously she is a woman of great taste.  I decided to get the recently added pasta dish, paccheri al ragù (pictured below).  My dinner companions agreed that the pizzas were superb.  More on the pizzas here.

A packed evening at the restaurant and the ragù.

The ragù, aka ragù guardaporta (doorman’s ragù), is named because it takes about 6 hours to cook and a doorman is one who would be well suited to attend to the slow cooking sauce.  Compared to the Bolognese style, the Neapolitan version uses chunks of pork and beef instead of ground, red wine instead of white, no milk or cream, more onions and herbs, and more tomatoes (because it is abundant in the region).  Did you know that Naples started the industry of preserving tomatoes?  The San Marzano variety is its most popular export.  The large tube shaped pasta called paccheri, meaning “slaps”,  is the traditional accompaniment to the sauce.  When one eats a plate of paccheri al  ragù, the pasta makes a slapping sound upon lifting a piece with a fork.  Convenienty, the paccheri was also used to smuggle garlic across the Alps in the late Middle Ages and early Renaissance.  Prussia, today’s Austria, had less than satisfactory garlic crop while the highly prized southern Italian variety were large and flavorful.  In order to protect their economy, Prussia closed its border’s to Italian garlic.  Highly sought after by Prussian and Hungarian princes, Italian pasta makers invented the paccheri to hide and transport the choice garlic.

I know you’re dying to hear how it tasted.  The ragù was spectacular!  I actually got a little dizzy after my first bite, it was so good.  Each ingredient was discernible without being overpowering and yes the pasta made the slapping sound!  A perfectly executed dish.  A new favorite.  Just like the rest of Cafe Porta Alba’s dishes (yes I’ve tried them all) the taste was elegant in its simplicity. 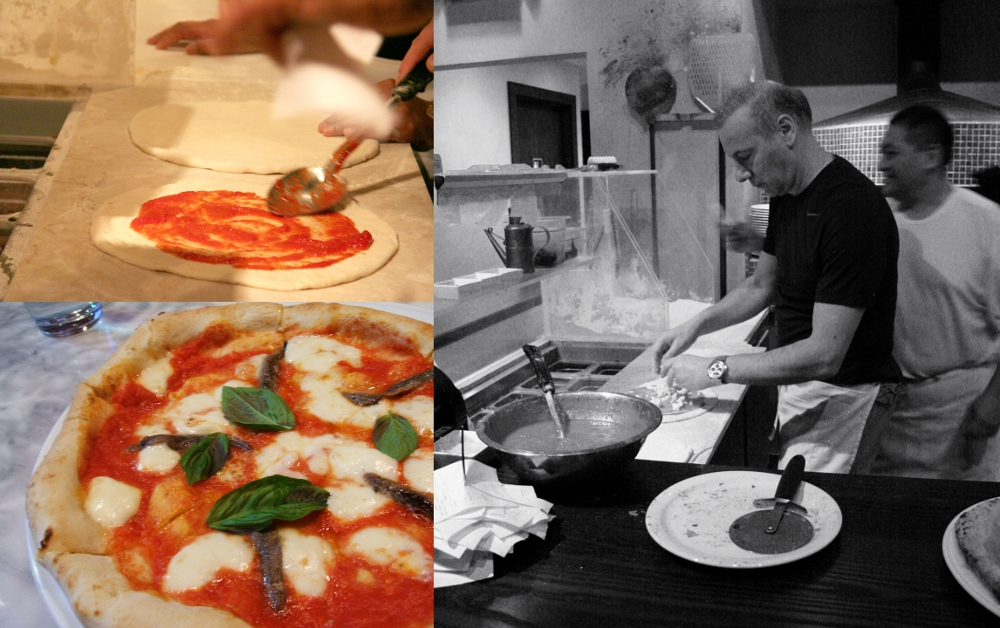