I bought this eggplant at the market because it looked like a person’s head.  I named it Jimmy.  Well, I think you can see where this is “headed”.  It’s been getting a little colder the past few days so I wanted to make a dish with a lot of spices and some heat.  I decided to make baigan bharta, a dish from the Punjab region (northwest) of India.  The word baigan means eggplant and the bharta means coal roasted.  I didn’t want to have to grill outside so I chose the next best thing, our gas stove.  An added bonus, grilling or roasting intensifies the taste of the eggplant.  I think Jimmy enjoyed being roasted.

Jimmy gets a tan. 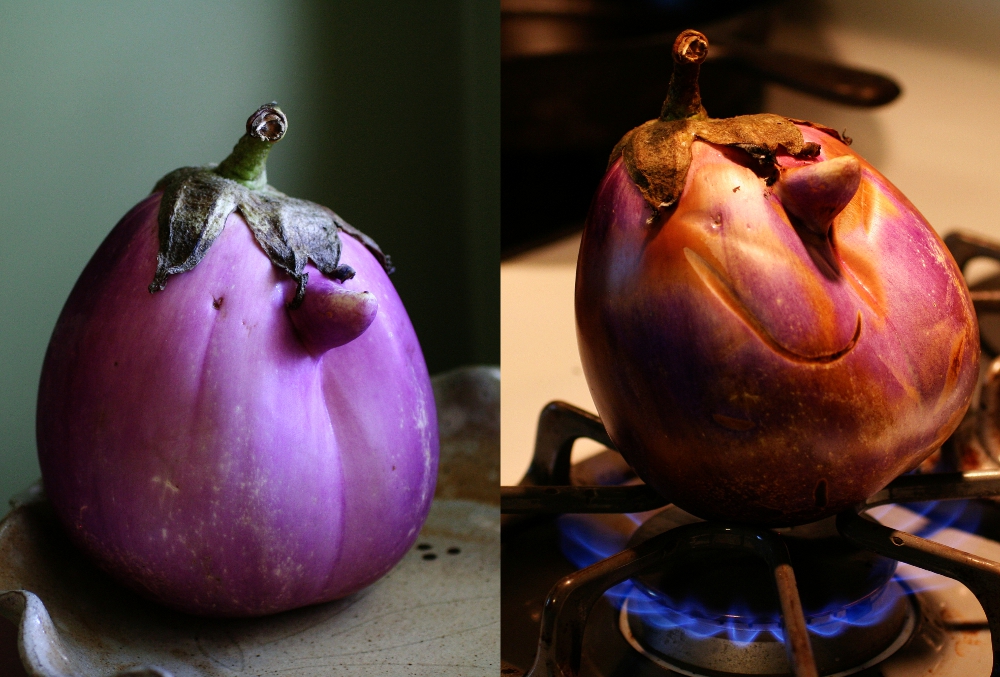 The little mark that makes it look like he’s smiling was not planned at all.  I just turned it over and there it was.  Haha, I just realized that I’m beginning to sound like a cannibal even though this is a vegetarian dish.   This eggplant was pretty big so I had to finish roasting it in the oven.  I wrapped  it with  foil and baked it at 400 degrees F until soft. (If you don’t want to bake then you can just set it aside, peel, and finish cooking with the rest of the ingredients listed below.)  Let it cool then peel.  The skin should come off easily.  Slice into small chunks and set aside.

Roast the eggplant (description above).  Clean and dice the onions, tomatoes, and pepper.  Mince or use a microplane to grate the ginger.  Heat the oils in a pan.  Add the dry spices and pan fry for a couple of minutes then add the rest of the ingredients.  Cook until the onions are transluscent and the tomatoes have liquified.  Add the eggplant.  Cook for a few more minutes so the eggplant can absorb the flavors.  I ate mine with steamed rice and a hard boiled egg. 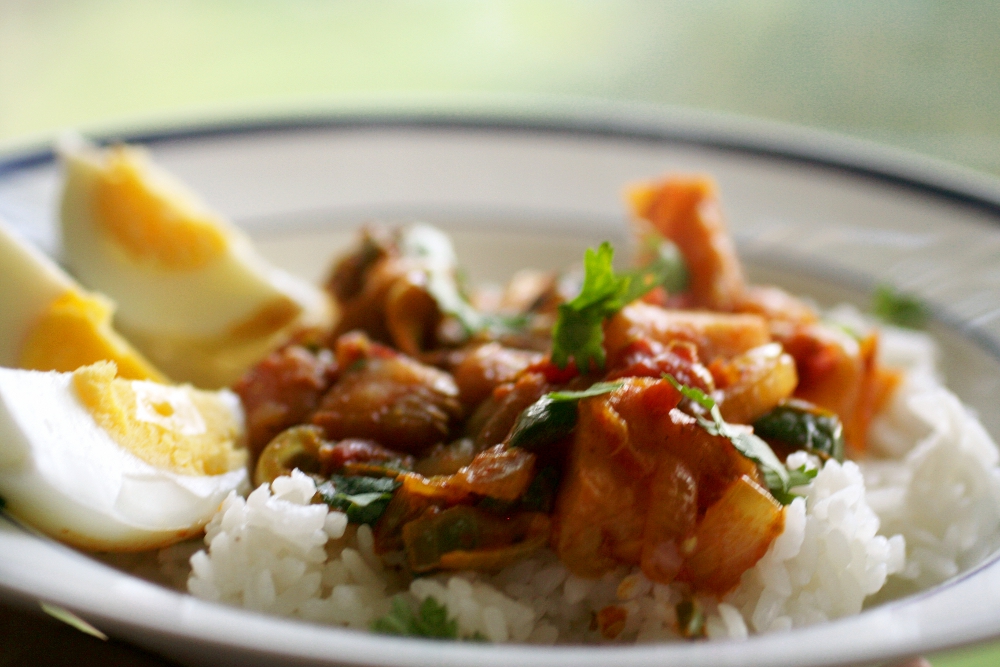