We’re doing a bit of catching up here at the Driftless Appetite.  Here is part two of our southwest Wisconsin cheese tour last October sponsored by the Wisconsin Milk Marketing Board.  (See part one here.)  We got the chance to visit Willi Lehner, a Swiss-American cheesemaker at Bleu Mont Dairy in the small village of Blue Mounds.  He started to learn about the art of cheesemaking from his father before he was even ten years old.  Later on, he learned cheesemaking in Switzerland as well as in the UK.  He is also an affineur, an expert in the art of aging or maturing cheeses, specializing in aging clothbound cheddar.  Several years ago, he built an underground cheese cave that is the envy of many if not all the cheese afficionados in the area.

The first thing I noticed right after we got off the bus were the large solar panels at one end of the property then a windmill toward the other end.  Another structure of note was the in-ground greenhouse with a sod roof.  We found Willi standing outside his house with a cup of something warm in hand, ready to give us the grand tour.  As he addressed our group, a couple of sweet kitty cats stole some of our attention while the family dog tried to take over the tour, urging us to come along toward the pièce de résistance, the underground cave. 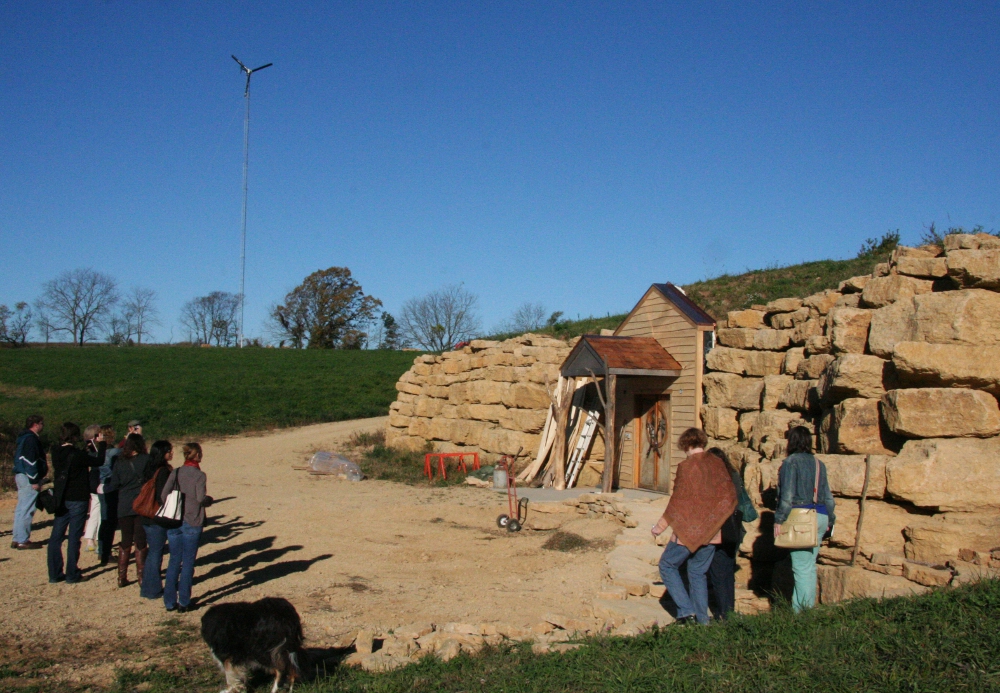 We were asked to take off our shoes before entering the cave.  The air was incredibly delicious.  The aging room had a golden glow.  Row after row of huge cheese wheels rested on shelves.  It was marvelous.  Being in the cave made me feel really greedy, like someone discovering a pile of gold.  I did imagine for awhile that I was smuggling one of the cheese wheels but I couldn’t come up with an explanation as to why I suddenly had a 40 lb. belly bump.  I noticed that the shelves and the floor had some powdery white substance on it.  It was good timing that I had finally stopped daydreaming because Willi was about to explain what it was.  The substance was diatomaceous earth, a mixture of sedimentary rock and some fossilized algae, used to prevent cheese mites from damaging the cheese.  My socks pick up some of it and after having spent the rest of the day wearing my boots, my feet imparted the scent I called Eau De Cheese Cave.

Outside the cave, in the bright sun and crisp autumn temperature, we sampled some of the exquisite bandaged wrapped Cheddar and a luscious new cheese called Alpine Renegade made from Uplands Cheese Company’s milk.  It was not a bad way at all to be spending the day. 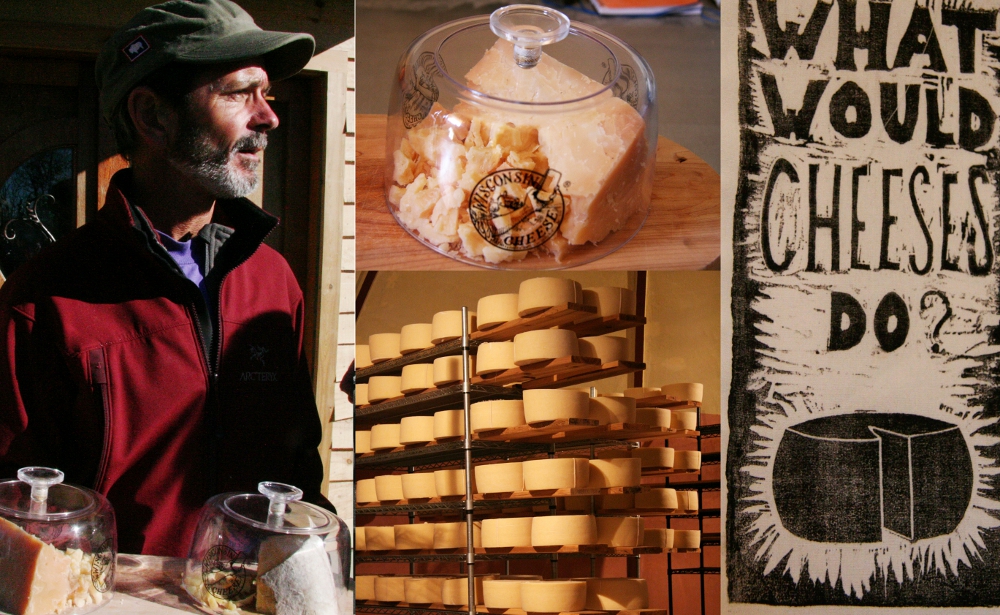