You don’t have to know too much about the Brewery Creek Inn in Mineral Point to figure out it’s the kind of place I would like.  Namely:

2) They use local ingredients as much as possible and buy as few “prepared” foods as possible (as in they make own own ketchup and whatnot).

4) To get there, all I have to do is walk downhill.

The Brewery Creek Inn was the first place we ever ate at in Mineral Point.  We weren’t living here yet, we had just come out for a weekend drive and we ended up having burgers here.  When you see the place you can helped but be impressed, both inside and outside.  Every time we eat there, Leslie remarks that she wants our basement to look like their dining room.  No problem, I’ll just raise the basement ceilings up about 6 feet… 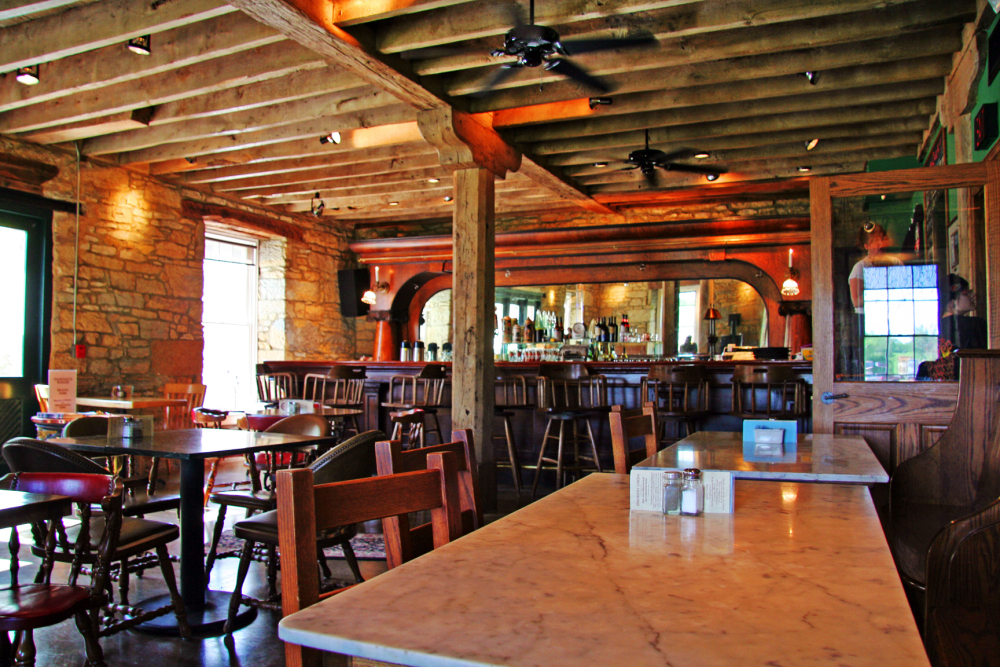 This picture of the dining area actually comes from our first trip to Mineral Point, we din’t get a good picture on our most recent visit.  The first time we were here it was the off season, so there was no one around.  In the summer the place is a lot more crowded. 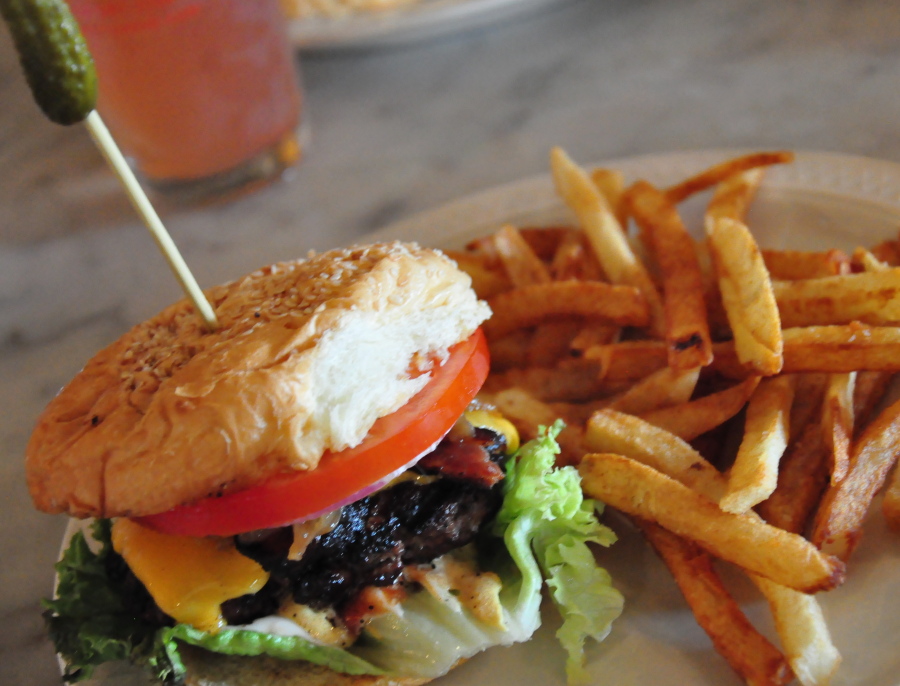 If it’s your first time eating here, get the Brewery burger.  It’s hands down the best thing on the menu. ” Hand pattied, locally raised black Angus,roasted garlic, bacon, Colby cheese, caramelized onions, sweet red onion and hydroponic tomatoes, lettuce, ketchup, Dijon mustard, and aioli”.  Someone (Tony Bourdain?) once said that the sign of a truly great burger is the juice that runs down your arm when you eat it.  This is that kind of burger.  If you’re not a cow eater, the walnut burger is also delicious– as long as you don’t compare it directly to the beef burger. 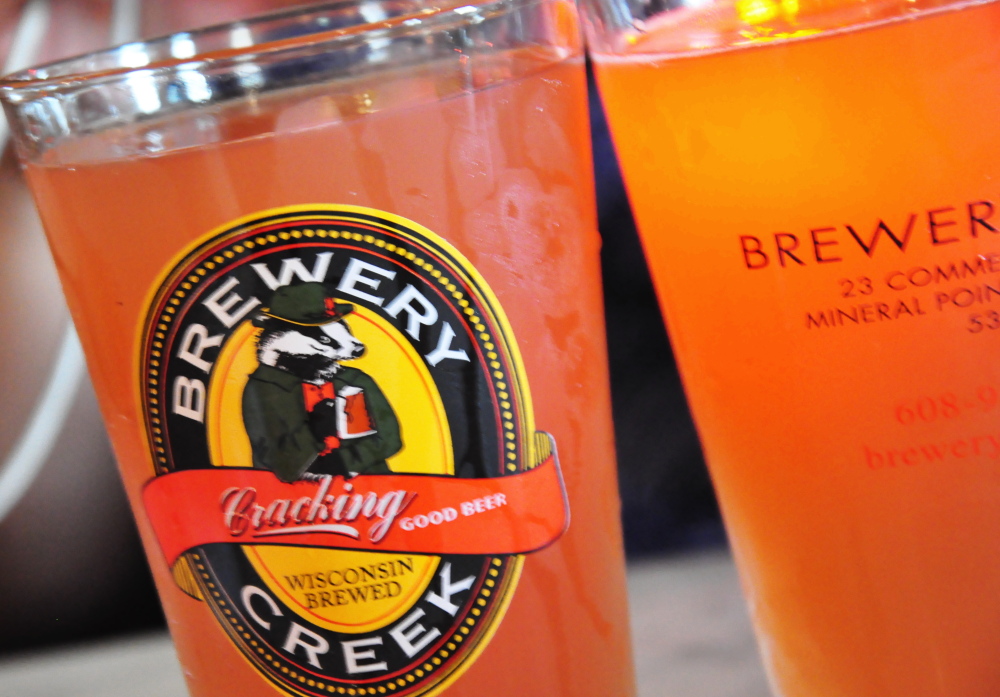 To wash down that burger, I suggest a Shandy (half ale, half lemonade, sometimes with a splash of fruit juice).  They also make their own beer (a rotating selection is available).  I’d tell you a bit more about the beer but I’ve been told my review of Capital Island Wheat was a snoozer, so maybe I just don’t have what it takes… plus Leslie has banned all further beer reviews until I come up with something more interesting to say.

I love their pint glasses, by the way.  The mug the badger is holding is transparent, so it looks like he’s drinking whatever you’re drinking.  This way, you never drink alone.  I think they must sell the glasses, because the people we bought our house from had a few.

One last important note.  The restaurant closes earlier (8:00 PM most nights, 8:30 PM Friday and Saturday) so they don’t disturb the guests in the rooms above.  Along those same lines, this isn’t a bar; their beer and a handful of wines are all they’ve got alcohol-wise.