Up next is Monroe, WI aka the “Limburger Cheese Capital of the USA”.  The town is situated in the bountiful expanse of Green County where they claim to have some of the best cow’s milk in the country.  With great cheese come the cheesemakers, many of them Swiss immigrants. Of the 34 cheese factories in Southwest WI, Green county has a total of 9, the most in any one county in Wisconsin.  If you think that’s a lot, wait ’til you hear this.  Green County used to have more than 100 small cheese plants, all of which produced the very odorific cheese called Limburger.  As the years passed, people had less affection for the cheese so 100 turned into 1, Chalet Cheese Cooperative, the only plant producing this cheese in the country.  Cheesemaking in Wisconsin began in 1840 and continuing that tradition with much vigor was our destination of the day, Roth Käse. 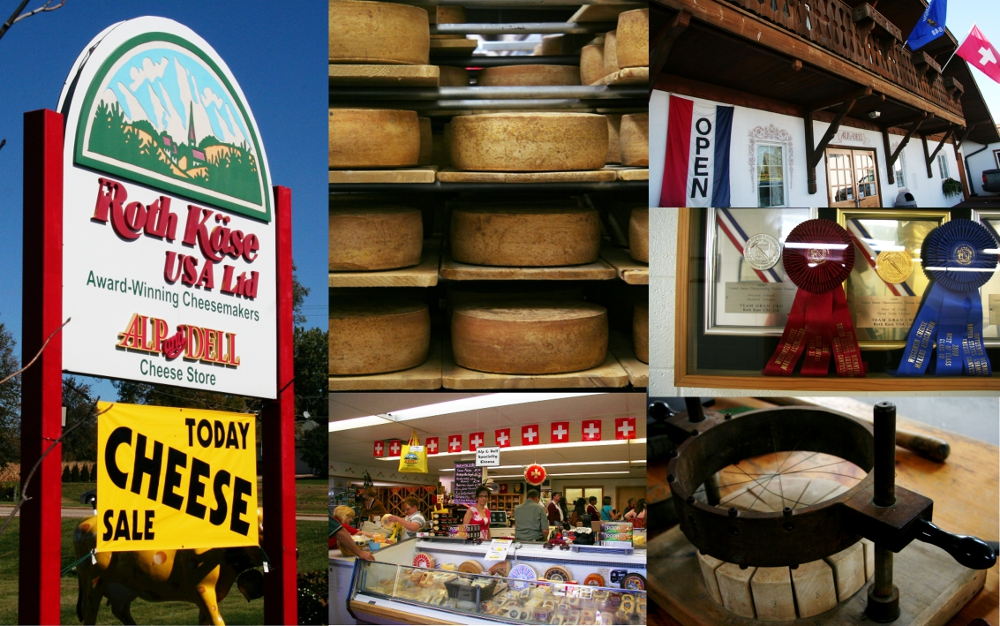 The Roth family has been in the cheese business since 1863 in Switzerland but only starting at the Monroe location in 1990.  Compared to the facilities at Uplands and Bleu Mont, Roth Käse is at a more massive scale, producing dozens of cheese varieties.  Also quite impressive are the over 100 national and international awards they have received.  They are best know for their  gruyère, raclette, gouda, and havarti.

The tour started at the charming Alp and Dell store then towards the back to see the entire process in the factory.  First we had to put some gear on for sanitation purposes.  Each of us wore plastic covers for our shoes, a white lab coat, and a hairnet.  For those with long facial hair, they had something for that too.  Since the big game is today I thought you might like to see this snapshot of the employee shoe rack.  Go Packers! 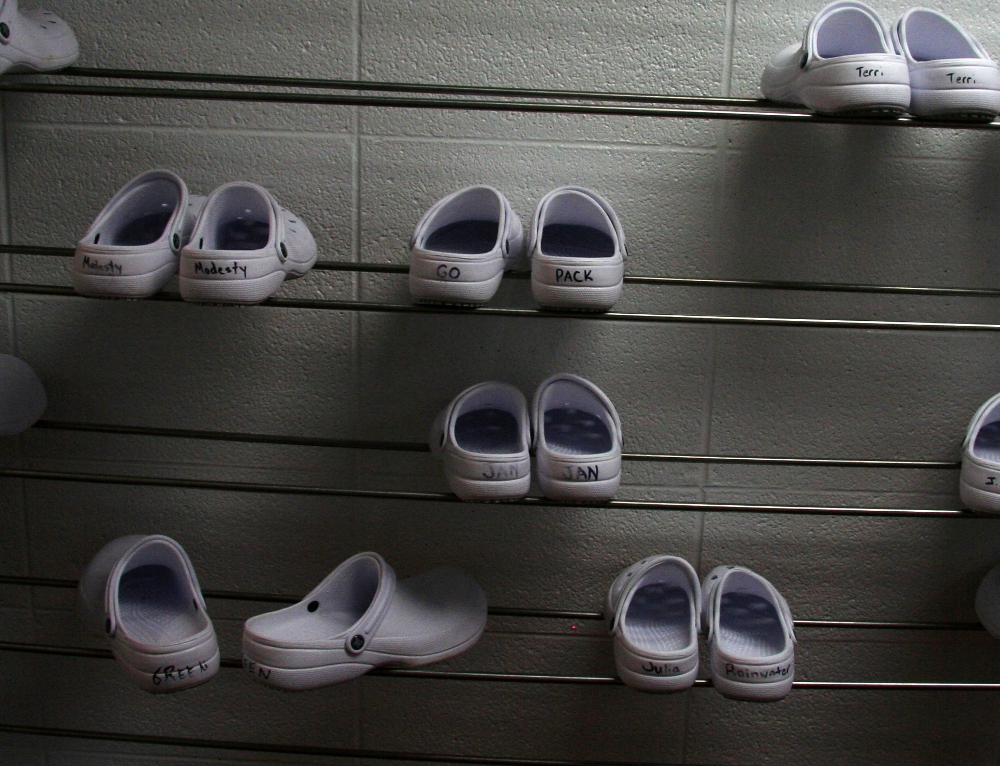 It was interesting to see the entire production starting from the large vats of milk, to the shaping of the curds, curing, then finally to packaging.  One thing I wanted to note was the extreme focus on cleanliness.  Everytime we left an area, automic contraptions along the wall hissed out some soapy mixture and water to clean the floor.  Apparently, the detectors thought that Keith was dirty because his pants got sprayed a lot.  We saw room after room after room of cheeses.  Surprising when you’re at a cheese factory isn’t it?  After that loveliness we got to see the hall of awards.

After having paid so much attention to our guide, we were rewarded with a nice cheese pairing activity and a fondue lunch.  To top it off we were serenaded a yodeling expert who also happened to be our chef.