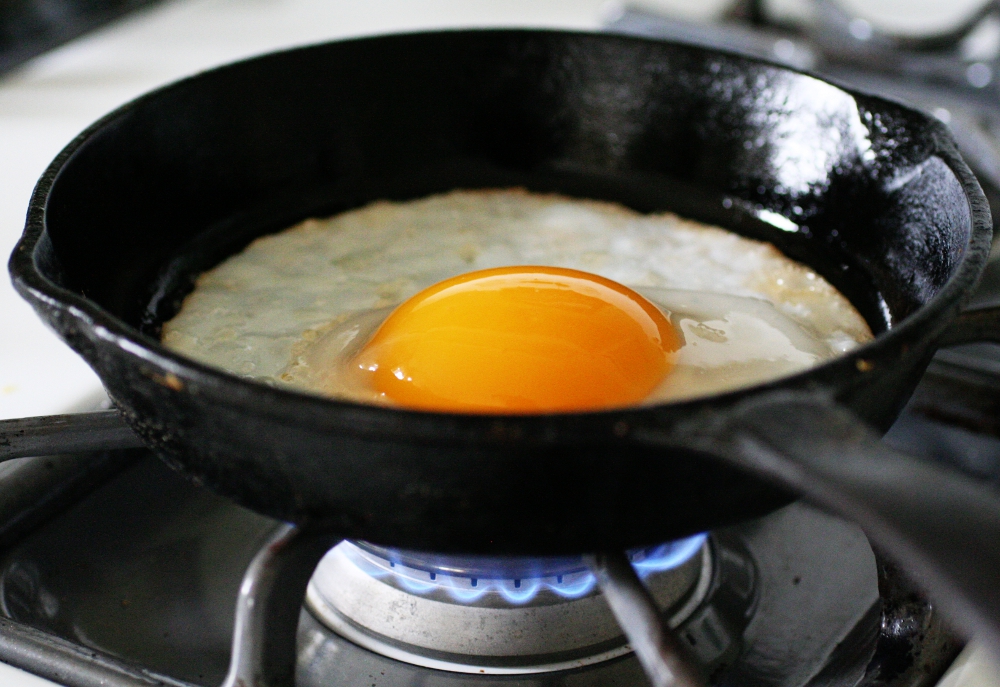 I had six goose eggs from King’s Hill Farm to experiment with.  I started with a simple fried egg.  That’s my 6 1/2 inch cast iron pan below.  Look how the yolk is almost as big as the burner.  It turns out that a simple fried egg is not so simple when cooking with a goose egg.  The temperature was  set too high and the white part started to get brown and crisp before the yolk was even cooked yet.  It took awhile to cook.  I took it off the pan once the yolk was half set and half runny.  Once on the plate, I was a bit nervous to try it.  Oliver, my dog, was going a bit crazy for it.  He even chewed on the corner of the breakfast table.  I ate the egg with a little salt and a piece of crusty bread.  The yolk was incredibly rich and delicious.  The white part tasted just like a normal chicken egg.  However, after a couple of bites, I detected a slight bitter taste on the yolk.  Has anyone else had this experience?  It put me off so Oliver enjoyed the rest of it.

After a not so stellar first try, I decided to make something else.  We had several guests one weekend and none of them had ever tried goose eggs so I thought it would be a fun to serve it to them.  I made orange and strawberry french toasts for breakfast.  I grated a lot of orange zest, squeezed in about 2 tablespoonfuls of the juice and added some cinnamon to the egg and milk mixture.  I then topped it off with sliced strawberries and a drizzle of Cooks’ Woods maple syrup.  It was a hit and there was no bitter taste.  We had to make some more. 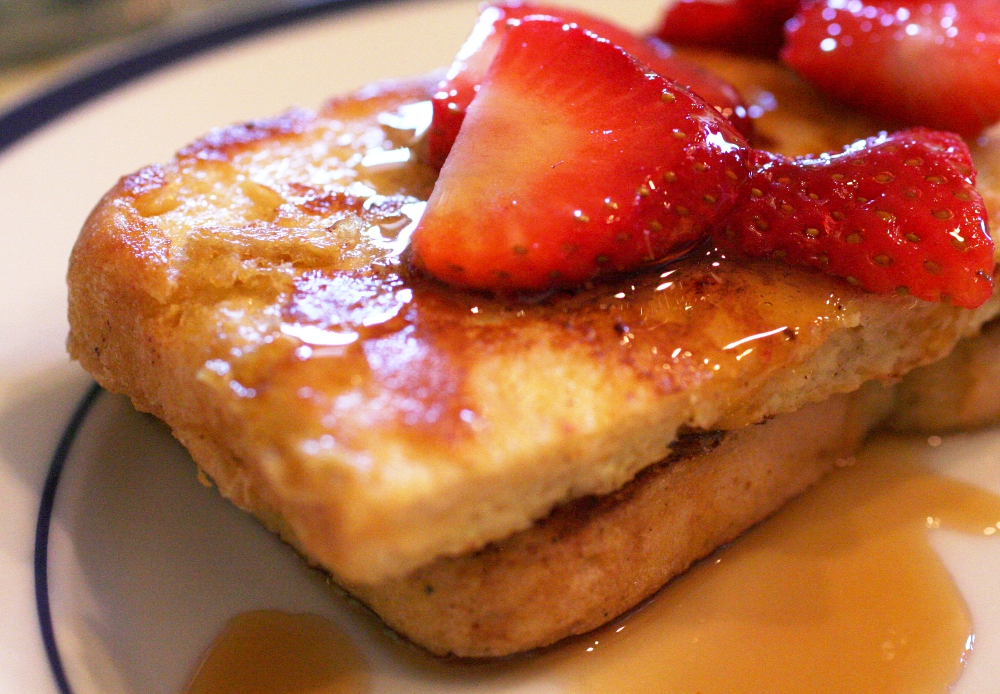 Next I made a salad to bring for a get together with friends.  Layered on the bottom are slices of roasted yellow beet and some asparagus (boiled for 3 minutes and cooled in an ice water bath to retain crispness and color).  On top is one boiled and sliced goose egg, some chives from the garden, dried sweet cherries from Door County, and some Montchevre goat feta.  The dressing (not pictured) was a simple vinaigrette made with lime juice, lime zest, garlic, shallots, chives, black pepper, salt, honey, and olive oil.  Everyone enjoyed it.  Again, there was no bitterness. 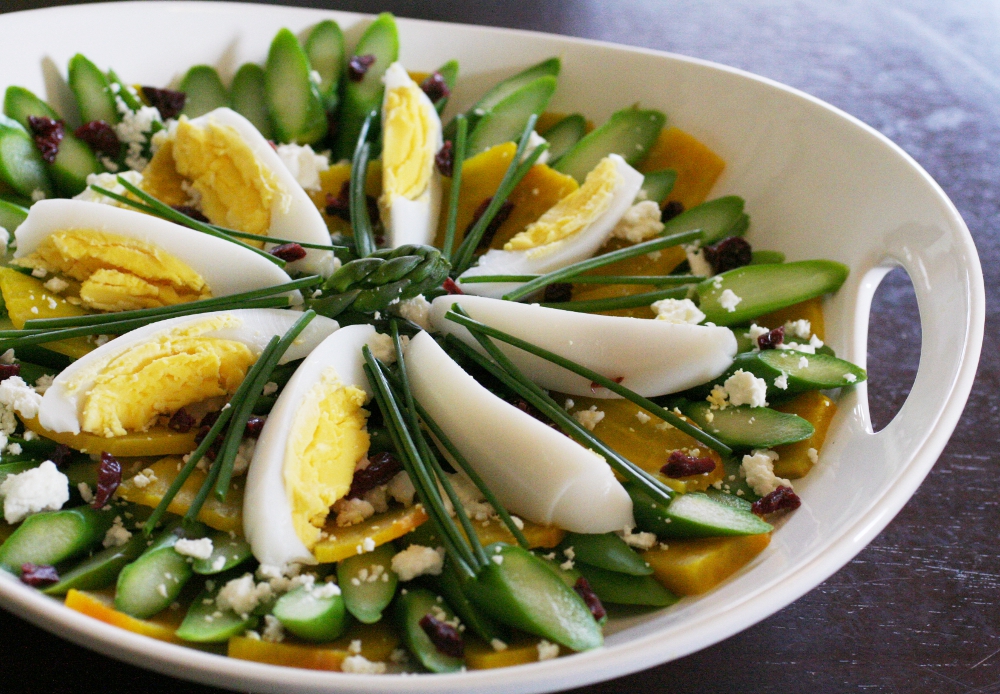 Lastly I made egg salad sandwiches for a picnic lunch with one of my teacher friends.   It was simply one boiled goose egg cubed, 1 1/2 tablespoon mayonnaise, garden chives on toasted white bread.  It was her first time to eat goose egg and she also enjoyed it.  Maybe the first taste was doomed because I tried it by myself.  Food always tastes better with company 🙂 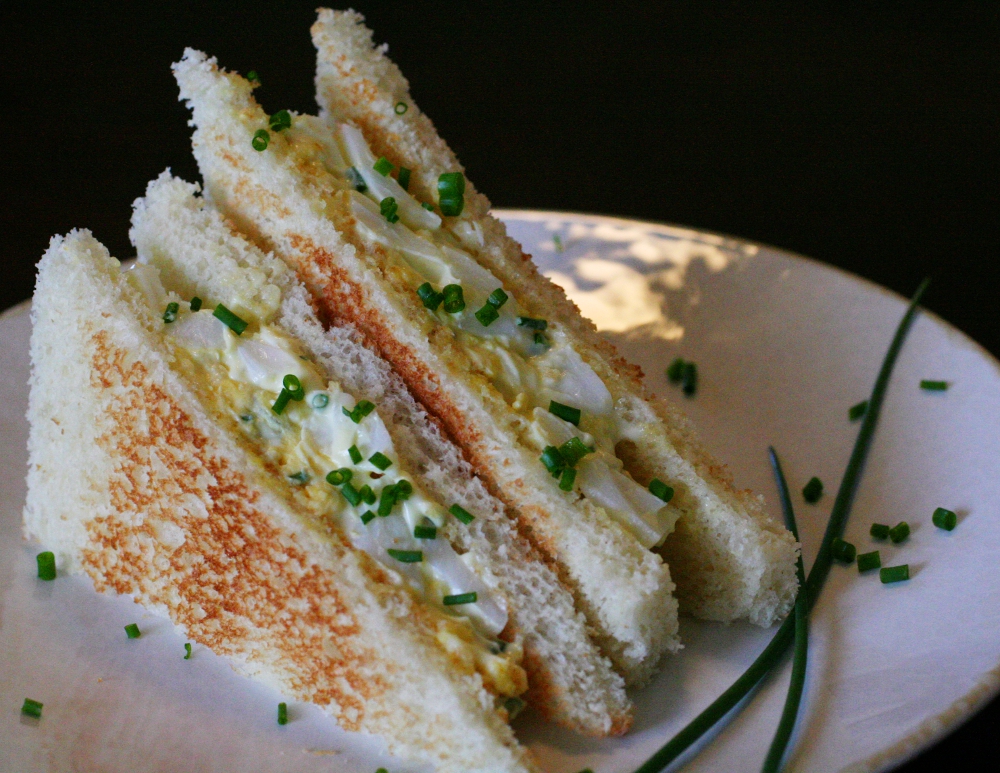