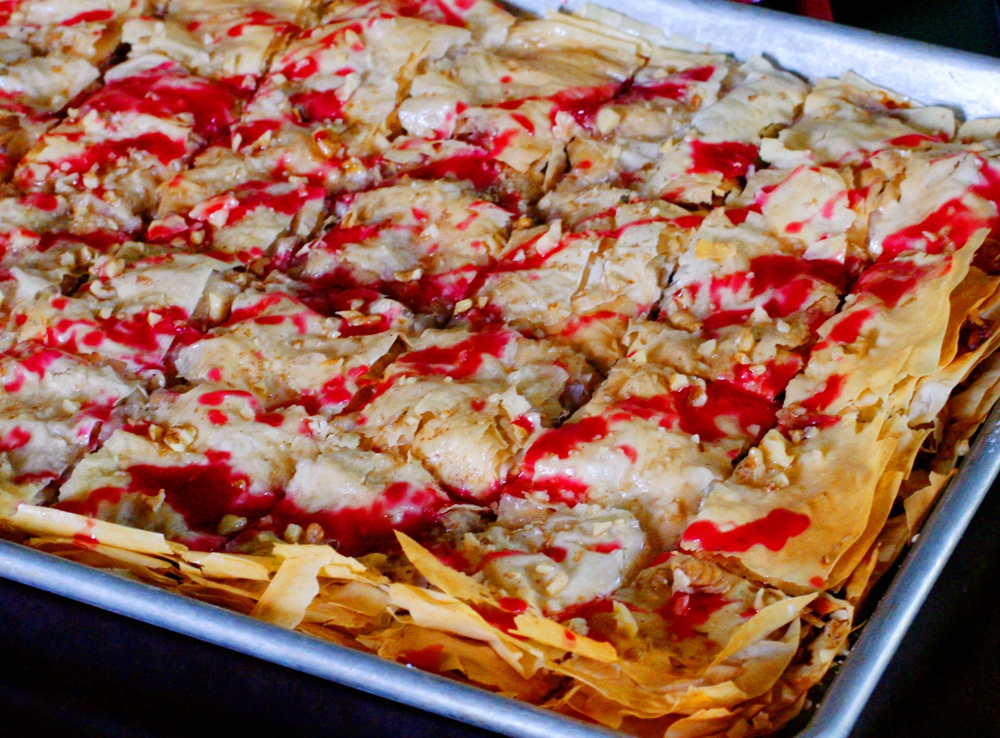 Though it is non-traditional, my first attempt at making baklava did not turn out too bad.  I was not crazy enough to face the challenge of making my own phyllo sheets so I bought them pre-made.  My friend Deb first introduced me to the combination of raspberries and pears which I thought was just incredible.  (She has given me several pieces of “Rosy Raspberry Pie” as well as other treats through the years.  Thank you Deb.)  My bowl of pears from the Tippy Top Orchard were perfectly ripe and I had some raspberry syrup that I made earlier in the summer from Bures.  I also had only two hours to make something for a pig roast that we were due to attend that evening!  So out of necessity and a lack of time, I made a pear and raspberry baklava with walnuts. 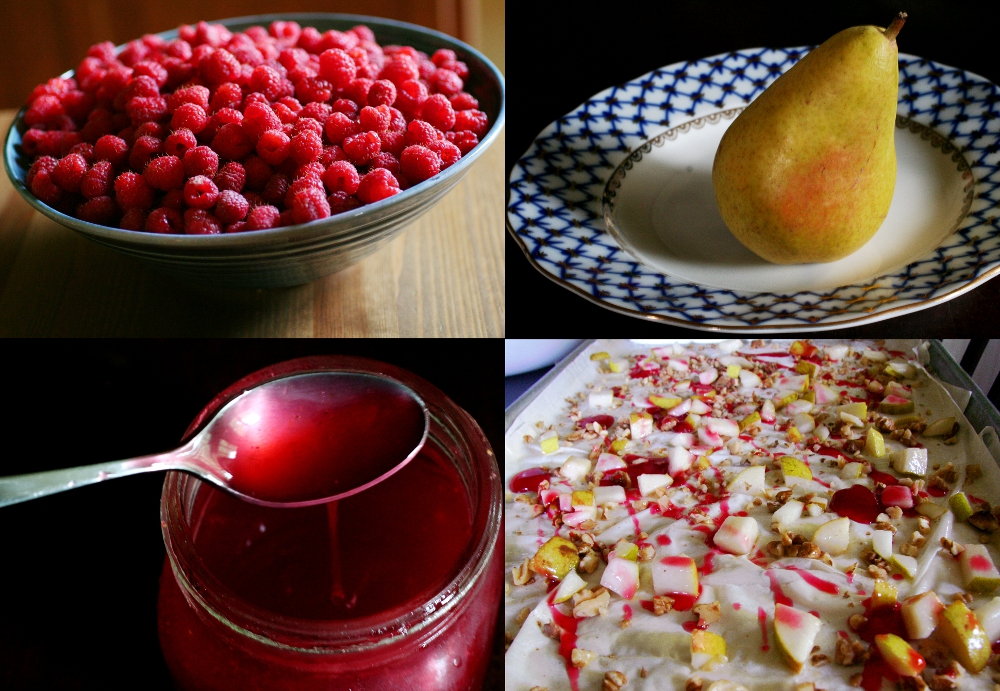 Pear and Raspberry Baklava with Walnuts

Preheat the oven to 350 degrees F.  Toast and roughly chop the walnuts then mix in the brown sugar and cinnamon.  Set aside.  Dice the pears with the skins on then coat with the lemon juice to prevent browning.  Set aside.  Melt the butter.  Set aside.

Butter the bottom of a sheet pan with a brush.  Lay the first sheet of phyllo dough.  Butter the top of that sheet then add another layer until you’ve got a stack of 4.  Every layer must be buttered.  Add some of the walnut mixture, pears, then drizzle with the raspberry sauce.  Add and butter 4 layers of phyllo on top of that then all the toppings again.  (Save a little bit of the walnut mix to sprinkle on top after baking.)  Add another 4 layers then bake for about 45 to 50 minutes.

While baking, you can make the syrup.  Put everything in a saucepan and boil for about 5 minutes.  Set aside to cool.  Pour over the baklava immediately after baking.  Let it cool.  (By the way, your house will smell amazing and you’ll have to fight the urge to devour this light and crisp summer dessert.)  Some improvements need to be made for next time but the main thing is to use all of the butter.  I held back a bit and it resulted in dry and too crisp edges.  This did not deter most people at the party though as it was all gone within half an hour.