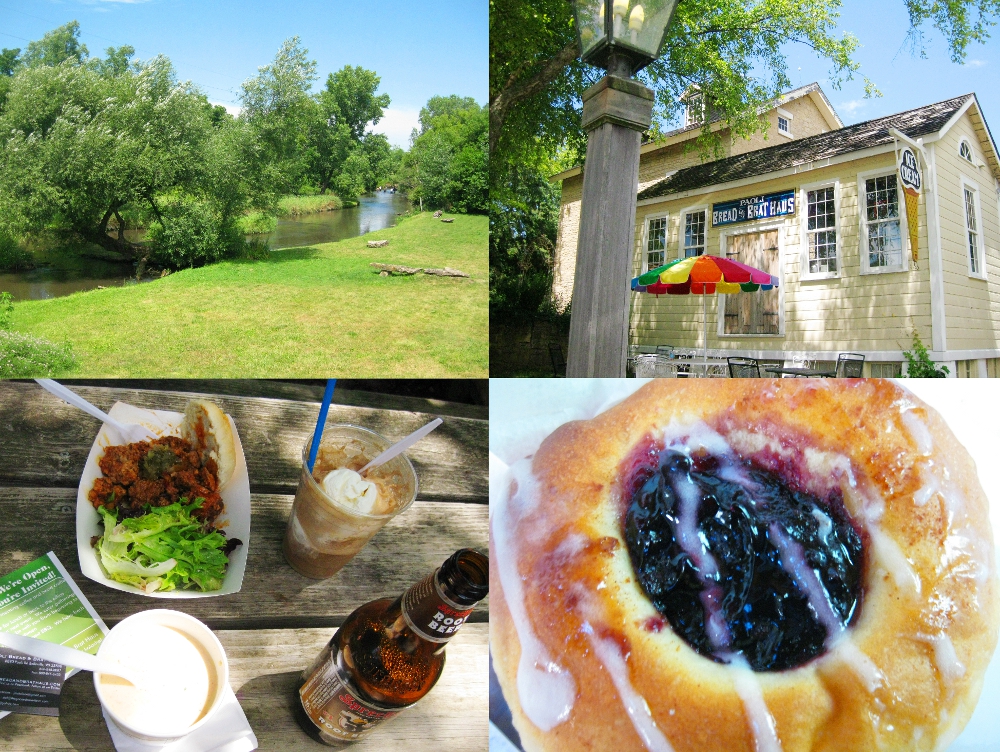 Familar with TED?  It’s a non-profit which hosts conferences for short talks on a variety of subjects.  They often make the news when the speaker is famous.  Maybe you remember Jamie Oliver’s talk from 2010 about teaching kids about food.  Or Macolm Gladwell back in 2004 talking about spagetti sauce.  There have been a lot of other TED talks, given by less noted people, which are just as interesting.  I recently watched a talk from Nigel Marsh on work/life balance.  I have my own work/life/blog balance issues right now, so it was particularly interesting to me, but I imagine many of you are in the same boat.  Now Nigel’s solution to his work/life balance problems seems to have been to write a book about the whole thing and make tons of money so he doesn’t need to work.  Probably not a scalable solution, but still, at least he asks the right questions in his talk.

The reason I bring this up is that I came across this particular TED talk on the blog of a local restaurant, the Paoli Bread and Brat Haus in Paoli, WI.  We went to the Bread and Brat Haus back in the summer.  Now, when you see the words brat and haus in a restaurant’s name, you would usually be correct in predicting they serve stodgy, teutonic style food with extra helpings of grease (not that there’s anything wrong with that).  About this place, though, you’d be wrong.  On the day we were there, we had a tasty pastries, an intriguing soup, homemade sloppy joes, and a root beer float.  Most of the ingredients were sourced locally and the menu changes regularly to reflect what is available and good.

The Bread and Brat Haus is situated in bustling downtown Paoli.  (Because this is such a big city, it can be hard to locate the restaurant, but if you stick the the sugar river, you’ll find it.)  They have a large green space and a nice seating area outside of their small building.  After eventually finding the front door, we went in and ordered a few things off the small menu.  I’m afraid some of the details escape me at this point, but I ordered something like sloppy joes made out of brat style meat without the casing and with some eastern european style seasoning.  I also had a Sprecher root beer float.  Leslie ordered cold peach soup (really quite good) as well as a fruit danish (the best of the lot).  There are three or four nice art galleries, several other cafes, a nice local grocery store, and very nice bike trails, so it would be easy to fill a Saturday afternoon in Paoli, particularly if you’re coming from Madison, which is just up the road.

Driftless Area Towns, If You're Ever In..., Made in Wisconsin, Restaurants