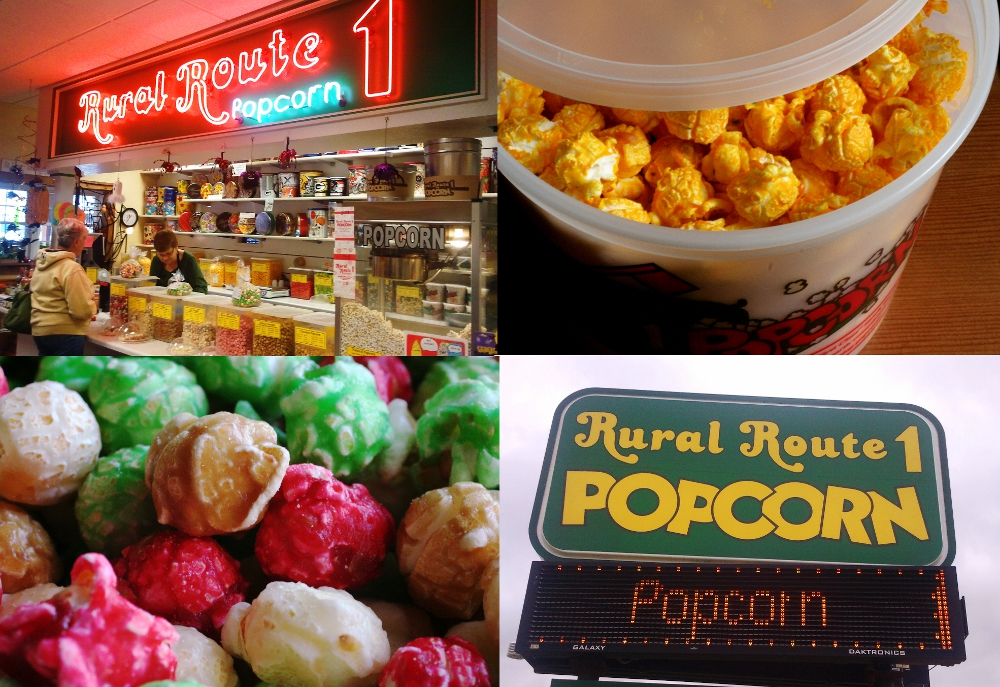 With the Driftless Film Festival going on this weekend and a recent trip to the Rural Route 1 popcorn store, I couldn’t help but think about why movies and popcorn are so intertwined in American culture.  My research brought me to a man named Charles Cretor.  Born in Ohio, he was a hard-working man who took whatever job he could get to earn a living.  In the late 1800’s he built up enough money to purchase and manage a candy store.  Prominently displayed in the store was a peanut roaster, a popular draw at the time.  The roaster he had and other current models were not up to his standards so the bold businessman sold his shop to concentrate on building a better machine.

C. Cretors & Company was formed.  To survive in the business he had to come up with other ways to use utilize his machines like roasting coffee and parching corn (gently cooking the kernels gently until it has expanded and softened a bit).  The natural progression was making a better popcorn.  Popcorn vendors at the time used a wire basket to pop corn over flame then melted butter was poured over it.  The result was a soggy and unpopular snack food.  In 1893, Charles patented the process and the machine for popping corn in a lard and seasoning mixture.  The product was excellent.  Its major debut was at the Columbian Exposition in Chicago.  No one wanted to buy it, the public didn’t want to pay for experimental food so Charles gave it away.  Who doesn’t like free food?  People couldn’t get enough of it ever since.  Soon, popcorn vendors started setting up their carts outside of movie theaters.  Noting its popularity, theater owners bought their own popcorn machine to set up inside the theaters so that they could generate more profit.  So there you go, popcorn plus movies equals happy people and a happy house (except for the outside vendor I suppose).

Now let me take you decades forward to Rural Route 1 Popcorn in Monfort, WI.  It is a part of Biddick Inc. which started out as a seed corn company in 1906 when Elmer Biddick made his first sale.  In 1983, an opportunity to diversify led the company to start developing the best seeds for gourmet popping corn.  The store in Montfort showcases the variety of flavors available.  On a recent delicious trip I purchased a bucket each of the cheddar sour cream and a seasonal specialty called apple harvest ( a mix of cinnamon, caramel, apple and white fudge).  *More to come about this special place.  If you’re going to be in Southwest Wisconsin for the fall color this weekend, a visit to the shop is a must.  In the evening you can attend one of the six theaters participating in the Driftless Film Festival.  I think most of them serve Rural Route 1 popcorn.  Enjoy!

Art & Culture, Driftless Area Towns, Events, If You're Ever In...