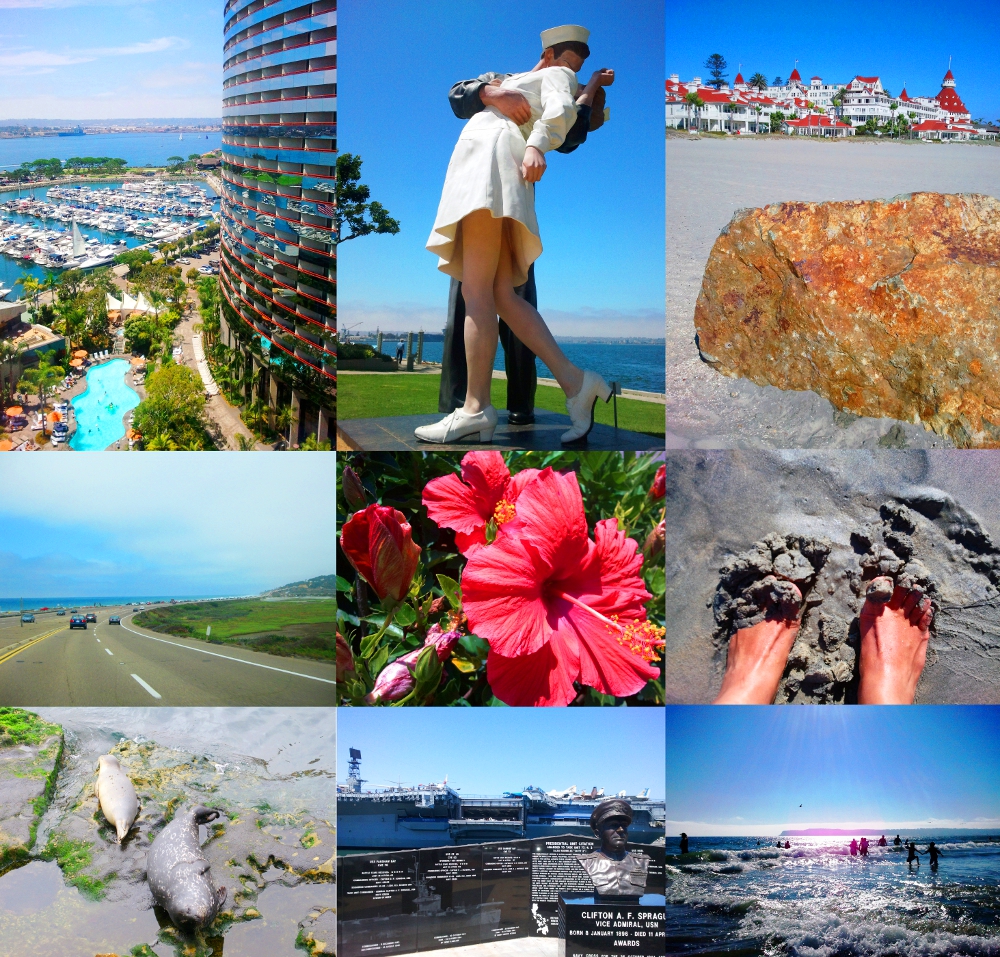 I feel a bit guilty posting this since we just had such a picture perfect winter’s day.  I happily shoveled some snow while clumps of fluffy snow showered me from high up the trees.  Ollie dog and I went for a long ramble and took a few pictures along the way.  After that, I took a long bath and had a late breakfast of fried eggs with a giant cup of latte made with my favorite Kickapoo Coffee and Sassy Cow milk.  Today, I’m not so keen on winter again so let’s get some virtual apricity from San Diego, a place where you can barely tell one day from the other.  Always sunny with blue skies and the temperature in the mid 70’s (at least during the week we spent there last August), it is a nice and relaxing place to be.  My bags are packed, let’s go!

Day 1:  Wake up naturally and lazily gaze out at Coronado Island and at the ships passing by while having a cup of coffee.  After that maybe go down by the pool with the latest copies of Vogue and Saveur.  Don’t forget your shades and sunscreen.  Breakfast.  Walk around Seaport Village.  We might stop and watch some guy feeding his colorful parrots, look at tacky seashell ornaments or miniature painted turtles, and accidentally walk into a glow in the dark t-shirt shop.  Get out fast before a too tanned and too blonde alien catches you.  Thankfully, it’s lunchtime.  There is good place (near the the statue of the iconic navy and nurse kissing) called The Fish Market.  Let’s order some raw oysters and a huge clam bake platter and wash it down with a glass of crisp white wine.  After lunch, head over to the park next to the USS Midway Museum where you might be content to watch a lot of cute sailors in uniform or go into the museum and learn a bit of history.  Walk to the hotel and take a nap, maybe go out for a late dinner and a stroll, or just could just order in.  Keith’s favorite thing to order from room service is a turkey club and a glass of chocolate milk.  The fries are mine.

Day 2:  Repeat the beginning of Day 1 until breakfast.  Rent a car or if you have a super cool local like our Auntie Leona, have them take you out on a coastal drive.  Stop by the cute towns along the way and shop a little.  A must is a visit to the sea lion cove in La Jolla.  They are such cute animals.  Find a good Mexican restaurant for lunch (there are a lot of them).  Make sure to head back to the city before sunset and head to Point Loma.  There is a beautiful historic lighthouse.  Next to it is a garden teaming with artichoke plants.  Oh yes, there is also a fantastic view of the city skyline.  You might also spot some whales in the distance if you’re there at the right time of the year. For dinner, perhaps a meal at Royal India in the Gaslamp Quarter and take a much needed stroll around the neighborhood after. 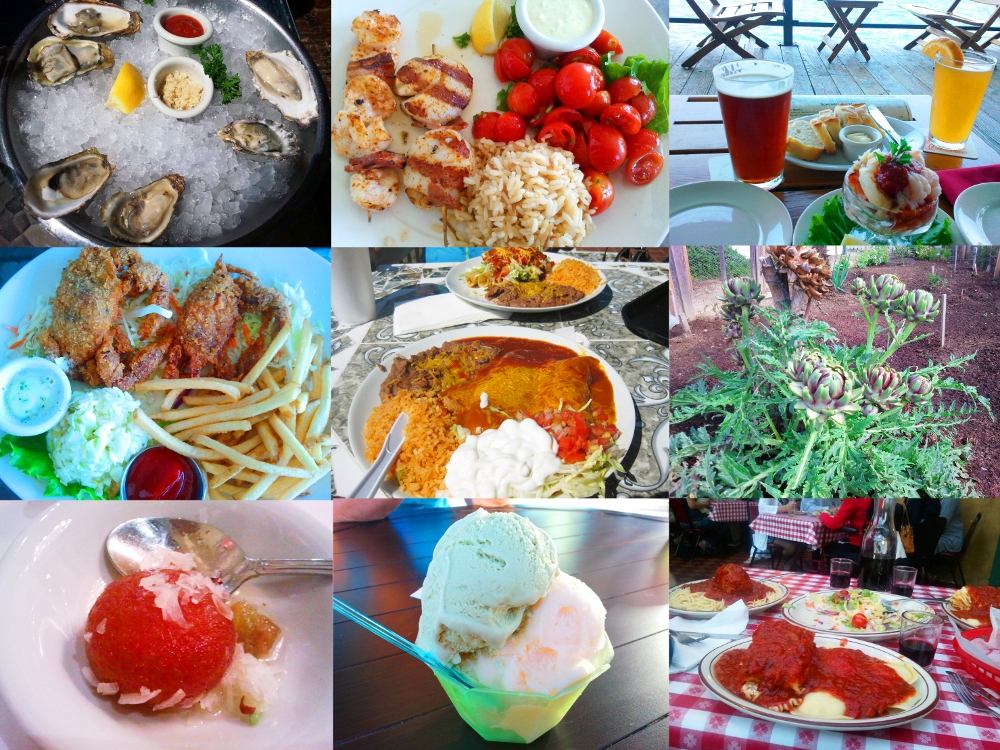 Day 3:  Consider a workout at the gym instead of a lazy morning by the pool.  A light breakfast then maybe few hours walking around the zoo.  Another seafood lunch.  This time boiled shrimp, chowder, and salad.  In the afternoon you could head over to Coronado, check out the famous hotel, have a fruity drink, sit on the beach, and watch the low flying military planes go by.  Before you know it, it’s gelato time.  We must to go to Little Italy and then head to Aunt Leona’s favorite Italian place, Filippi’s.  It’s a narrow Italian grocery store that leads into a restaurant.  For dinner, red wine, an antipasto salad (with olives, cheese, and mixed salumi), and a huge serving of lasagna and cheese ravioli.  Breathe.  Consider walking up the infamous stairs at the Convention Center or just hang out in by one of the many fire pits outside the hotel (because after two days in San Diego, a 65 degree night now feels oh so chilly).

Day 4:  Wake up lazily, have coffee, then stuff all your clothes as fast as you can in your suitcase.  Eat some more seafood before heading home.  A snack of shrimp and crab cocktail with beers at The Fish Market is in order as we watch the planes and ships go by on the sunny deck.  Realizing that we’re hungry for more, we order some deep fried soft-shell crab and scallops.  One more minute on the sunny deck and we head to the airport.

We’re back in Madison, I hope you brought your body length parka and your ten pound Sorel boots.  There’s a blizzard out 😉