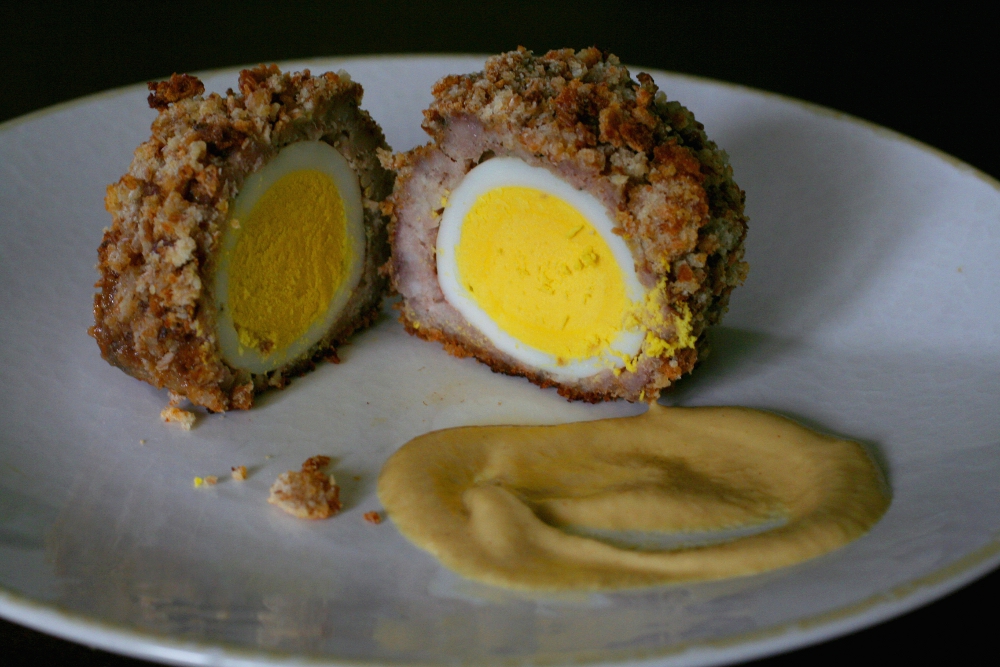 My English relatives think it’s a bit odd that the one thing I crave from England more than anything else is a scotch egg (and yes, despite the name scotch eggs are English, not Scottish).  That’s a bit like an American abroad longing for a twinkie, since, like the twinkie, the scotch egg is a staple of gas (petrol) station food.

When homemade, though, a scotch egg can be a great snack, particularly for a picnic.  Actually, after some research just now, that might be true for twinkies as well.

Roll the hard boiled egg in a mixture of salt, pepper and flour.  Form the sausage into flat disks 1/8″ to 1/4″ thick and wrap them around the eggs.  Next, roll them in the whisked egg and then in the breadcrumbs.  Many scotch eggs are fried, but I bake mine in the oven at 400 F for about 30 minutes (until the sausage is cooked).

For the mustard sauce, mix equal parts mustard powder and cold water, and let sit for at least 10 minutes.  Note: this mustard is very hot, similar to a strong horseradish.