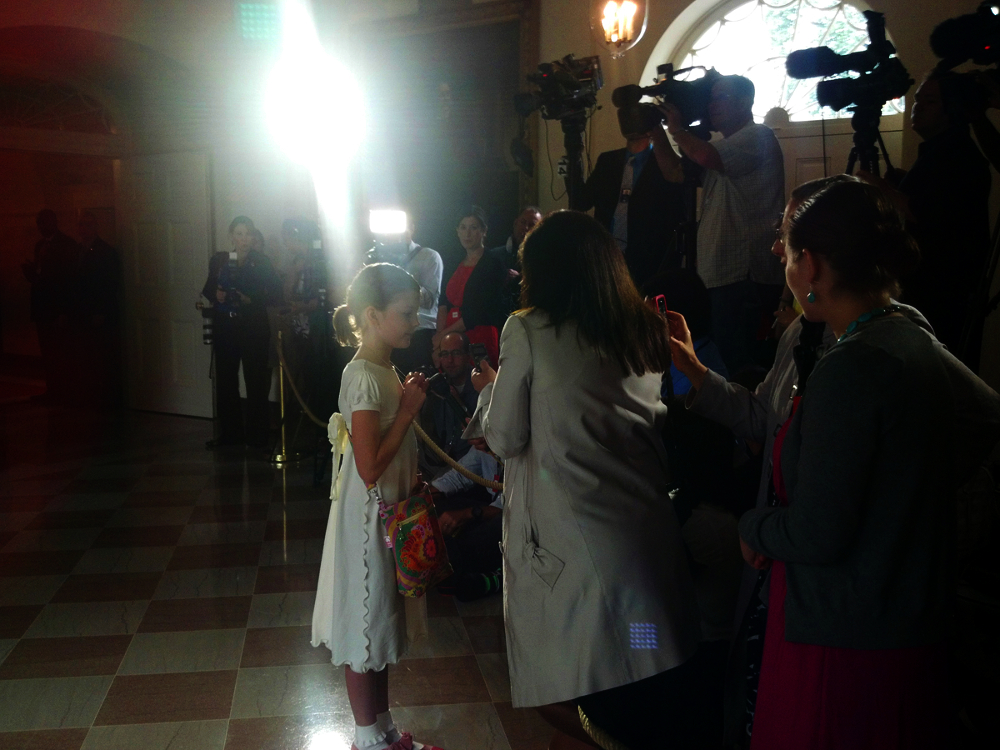 Hello everyone, we’ve got a guest blogger today.  Finwe, one of my music students and a budding chef, got to have lunch at the White House this summer.  Her mother Kristina shares their adventure below.  Read on!

The Healthy Lunchtime Challenge was a contest made possible by a collaboration between Epicurious, the Department of Education, the Department of Agriculture (where the MyPlate eating guidelines originated), and the office of The First Lady.  Children between the ages of 8 and 12 were invited to create a recipe with the help of an adult and submit it for the chance to win a trip to the White House. My daughter (Finwe Wiedenhoeft, 4th grade) and I retooled one of her favorite recipes, spicy Cajun chickpea burgers, into something she thought would be more widely appreciated:  barbecue cheddar chickpea burgers.  We submitted her entry, and left for our annual early-summer vacation. 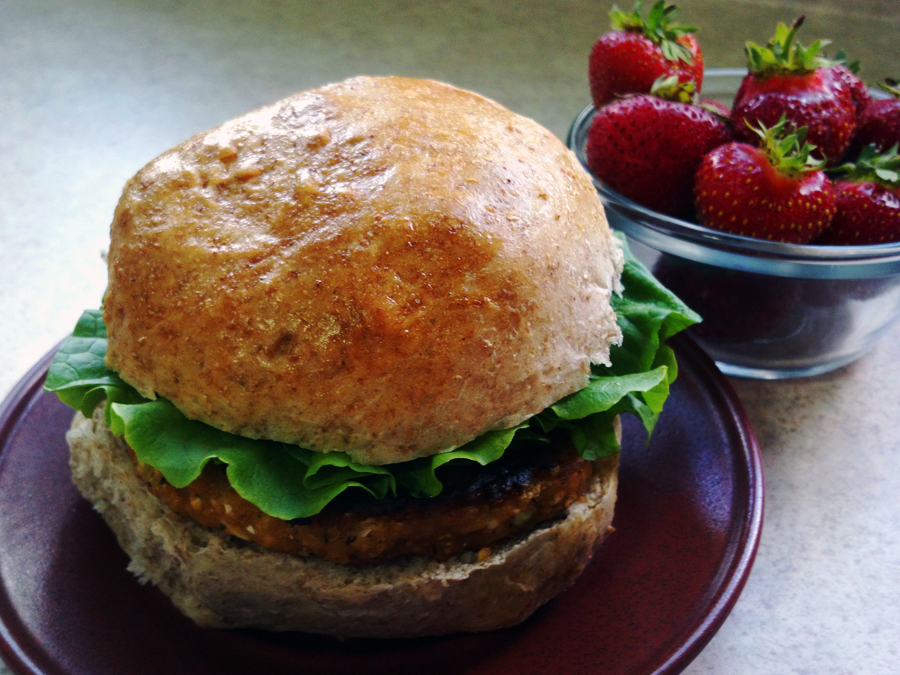 Shortly after arriving home, I received an email informing us that we were finalists for Wisconsin.  There would be only one winner from each state, so we thought our chances were maybe 1 in 3 that we would win.  They said they would contact the winners by July 16th, which came and went without an email, so we figured we didn’t win.  A few days later, though, we had an email telling us that they were having a hard time deciding on the winners, so they would announce on July 24th.  I was in the school parking lot waiting for my kids to finish up their day at summer school when I got the email that began, “Congratulations!  You’re the Healthy Lunchtime winner from Wisconsin.”

On August 19th, Finwe and I flew into Baltimore, took a shuttle to the train station, rode the train to Union Station in Washington DC, and took a taxi to the hotel.  The next morning, we boarded a bus for a tour of the capitol which ended at the White House.

The mood was serious through the five security checkpoints.  We were excited, nervous, and curious while waiting to be introduced to the press line.  We were near the end of the line because CBS stopped Finwe for a quick interview on our way in.  We were right behind Reed Alexander (Nevel Papperman on iCarly), and a man from the Department of Agriculture who was a judge for the contest and the head of the department that created MyPlate.  Finwe says she wasn’t nervous at all talking to the press.

We were ushered up some stairs, and through a door to what turned out to be a fantastic dream of a party.  The Marine Corps band was playing Disney songs, and there was a breathtaking fruit buffet.  Children were walking around with 6 foot tall balloon giraffes, and parents were sipping gorgeous little (non-alcoholic) macerated berry drinks. There were uniformed military guards lining the room, butlers with trays, and when I rounded a corner, Sam Kass (The Obamas’ personal chef from Chicago).  I gasped when I saw him, and he laughed.  We chatted with him for a while, and then moved on to the balloonist and the edible fruit topiaries.

Right before lunch, we were led to a room where Mrs. Obama was waiting with open arms, to have an official photo taken.  She hugged us, and told us that we would be sitting at her table.  It was then that my first impression of Mrs. Obama formed, and it endured throughout the day.  She is warm, engaged, genuine, energetic, and she smiles a lot.

We found our seats, which were just an arm’s reach from the First Lady and next to Epicurious editor-in-chief Tanya Steel.  Waiters served us each course and took away our plates as we finished.  The conversation was lively, and I forgot for a while that I was sitting there having a conversation with Mrs. Obama. 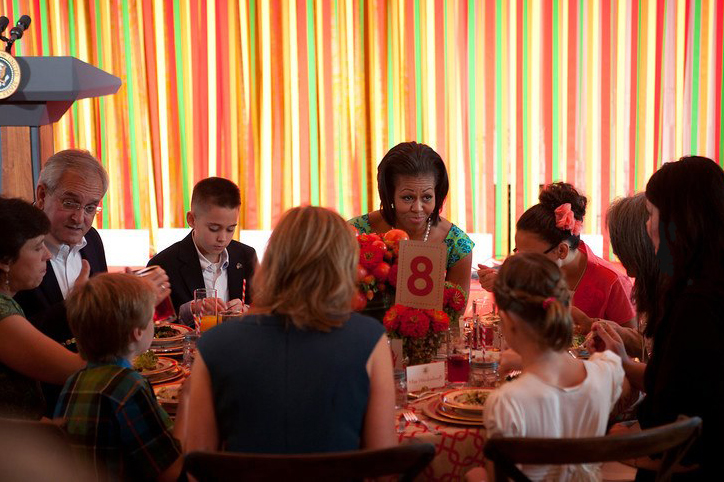 Finwe walked around the table to deliver the Mineral Point pen (given to her by the school board) to Mrs. Obama, who used it to sign many menus and place cards for guests.  We were really enjoying the party and the company when a man whispered something in Mrs. Obama’s ear and she went to the stage to announce that President Obama was coming in.  He stood a dozen feet from us and congratulated the kids.  President Obama made his way around the room, shaking every single hand. 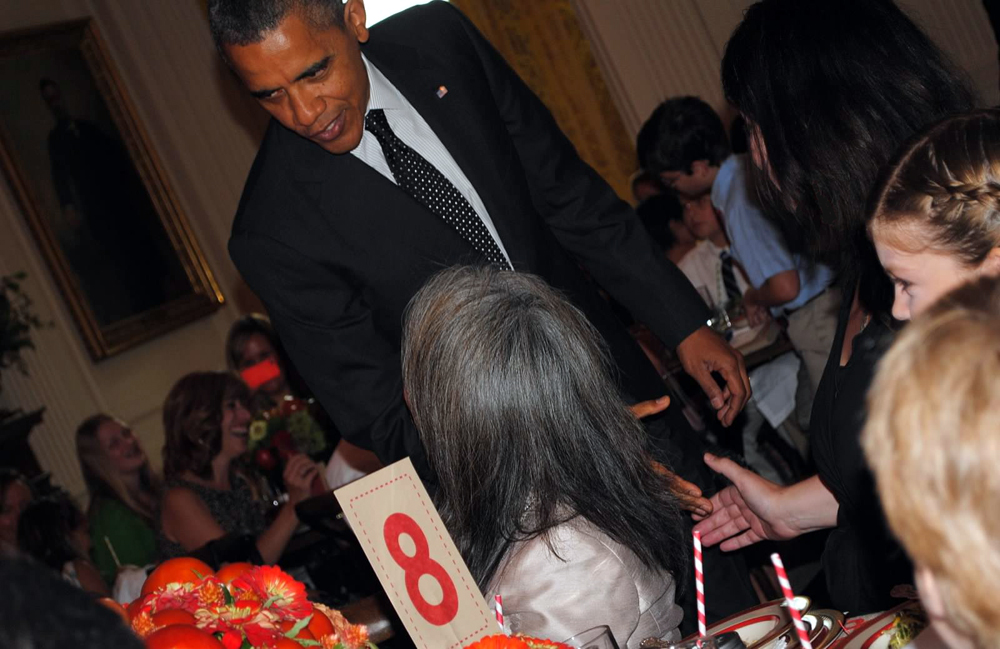 Big Time Rush performed.  Mrs. Obama encouraged the kids to come right up to the stage for a better view. Sam Kass led us down to the White House garden for a tour.  The event ended when the children were each given a small jar of honey produced right there at the White House. Finwe truly had a great time; it was a perfectly executed celebration.  The whole experience was moving and inspiring.  I applaud Mrs. Obama for calling attention to health, and working hard to motivate the youngest generation to make healthier choices.  Finwe and I are honored to have been part of the first Kids’ State Dinner. 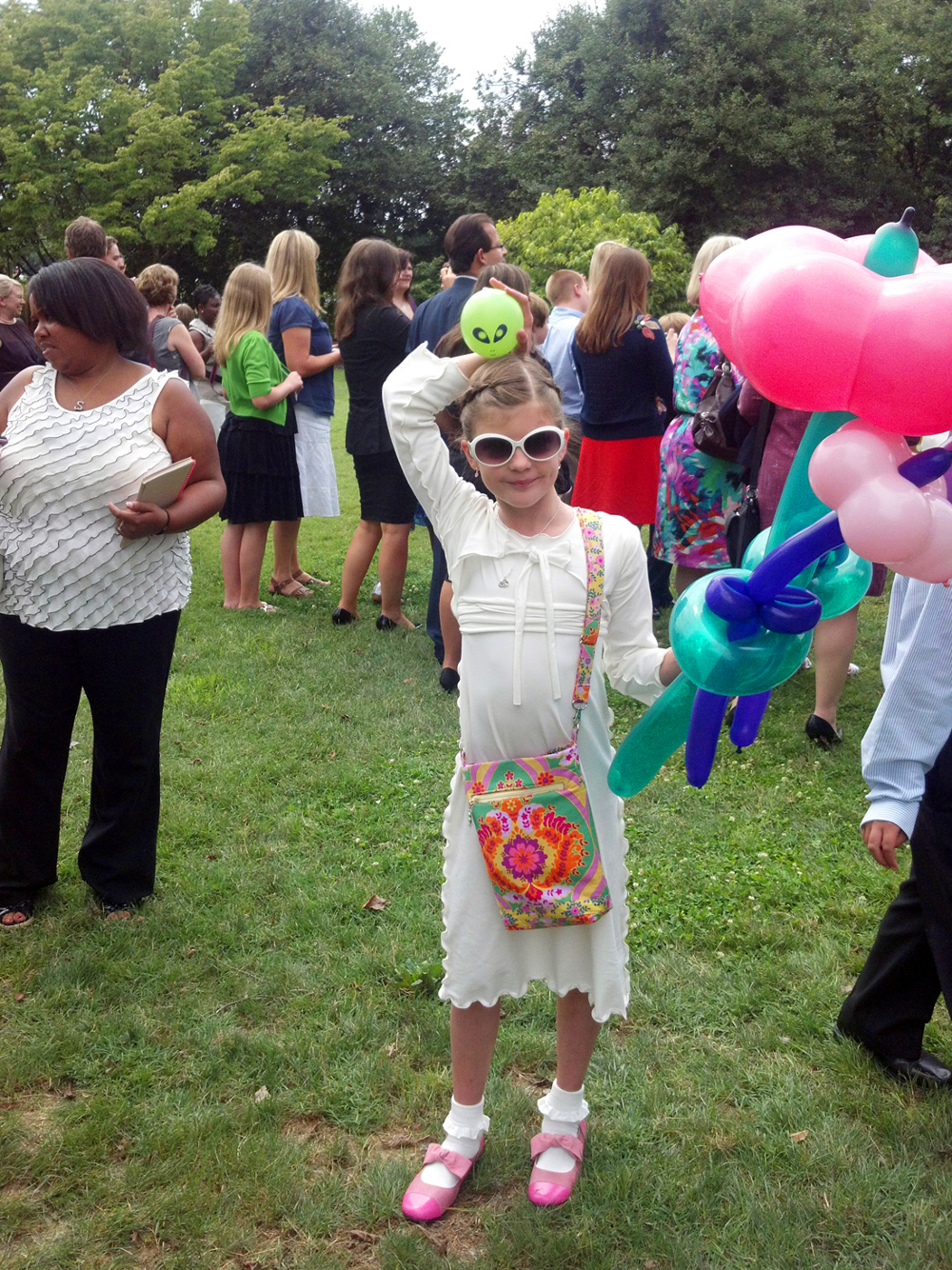