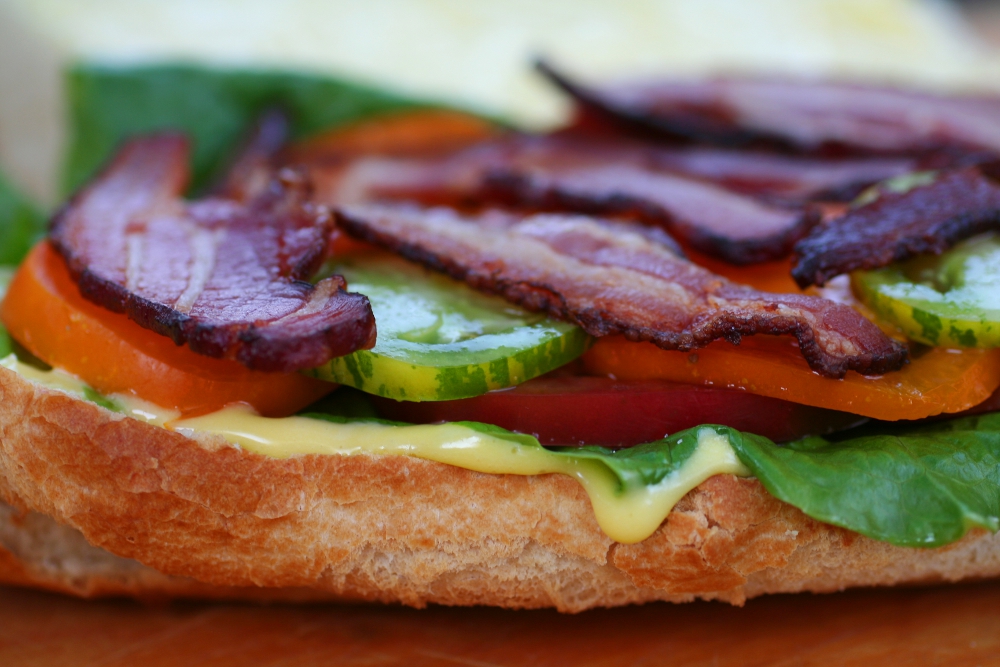 Hello there, today is officially the last day of summer.  I’m a bit  sad because we’ve only had one BLT sandwich this season (see the amazingly decadent picture below).  I’ll wait until you wipe that drool off your face.  To make our one and only BLT of the season extra special, I decided to make some mayo.  Because of the cooler weather, the chickens have been happily laying eggs.  So much so that I had 3 dozen eggs from friends in the fridge.  Not that making mayo was going to make a huge dent in the supply, I merely wanted to show you how cool I was to have friends who raise chickens.  Thanks to Brett, Chris, and Steve.  Yes, it is simple things like this that make me happy.

This special sauce is said to have been invented by the chef to Duke Richelieu at a banquet to celebrate the capture of Port Mahón in Spain in the mid 1700’s.  Traditional sauce back then was made with cream and eggs.  The chef was without cream so he used olive oil instead.  He called it “Mahónnaise” after the victory against the British rule.  The French then introduced the sauce back home and that’s where the sauce started to gain its popularity.  The Spanish also claim to have invented this “Maonesa” sauce.  It is possible that the Duke’s chef may have picked up the new sauce from the Spanish.  Whatever the truth may be, I’m very glad the sauce was invented.

I followed the hand-beaten mayo recipe by Julia Child.  I actually had to make a second batch because the texture of the first batch was too thin.  The texture of the second batch came out just right because I ommited one tablespoon of the boiling water of the two called for  in the recipe.  I was also a bit more patient and added the oil a little bit at a time until I got the right consistency.  When you can swirl the whisk and the markings do not disappear right away, it is ready.

We enjoyed our giant BLT sandwhich made with Marr’s bacon, and Shooting Star’s lettuce and heirloom tomatoes.  Dressed with the freshly made lemony-yellow sauce and everything packed in between some crusty bread, the taste was like a really fast rewind of the entire season.  For dessert, a small bowl of yellow raspberries from Bures.  What a glorious last taste of summer! 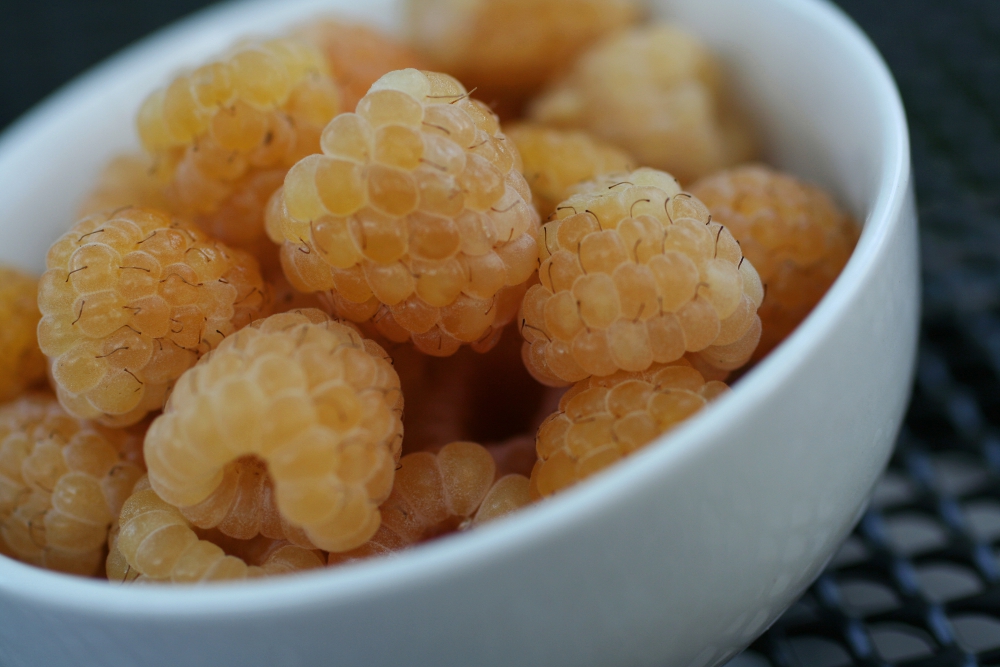 They are making it hard to be unhappy