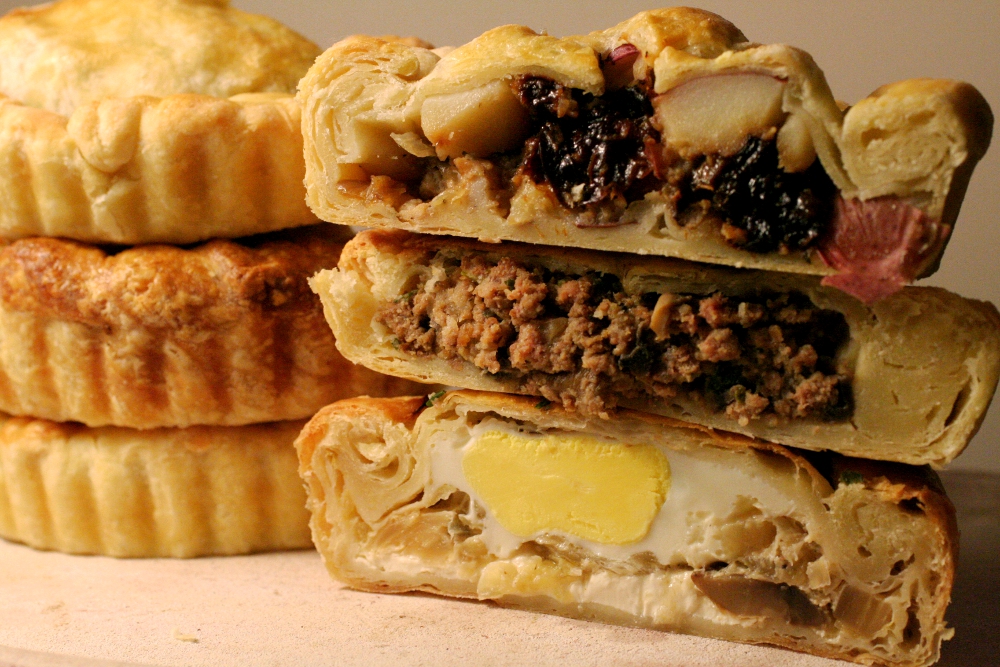 Sjolinds (pronounced “shoo-linds”) makes me think about the scrumptious cottage in the forest in Hansel & Gretel minus the evil witch and minus the forest.  Sitting along Main St. in Mt. Horeb (known for their troll statues), it is a friendly and bright space.  The best part of the chocolate house are the many drawers filled with chocolate bars!  I remember going there for the first time a few years ago and opening every single one.  There are the classic Toblerones, Milka, Kinder, as well as some of Sjolinds own brand.  I was pleasantly surprised to see a single origin bar from Davao City in the Philippines.  My grandparents in the Philippines actually have several cacao trees.  Whenever the come to the states they smuggle in some chocolate tablets for the family.  So you could say we have our own single origin brand as well. 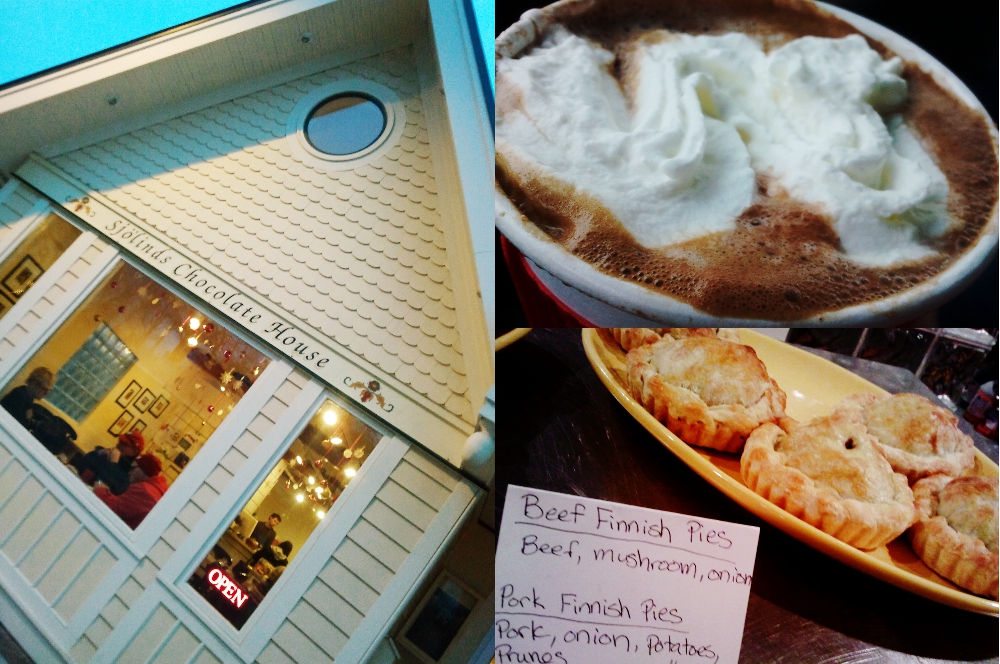 Besides the chocolate bars, there are many other things that may catch your eye and appetite: a chocolate tart, fluffy coconut cake, cinnamon rolls, croissants, some quiche, almond torte, truffles and more. They also have about ten or maybe a dozen types of hot chocolate.  As if it couldn’t get any better, the space has been recently expanded and the menu now includes Finnish meat pies.

Instead of cooking last night, I decided to get us a variety of savoury pies for dinner.  After I finished paying, I was enticed by a beautiful almond torte. Ty, at the counter was nice enough to pack me up a slice and do the extra transaction.  The veggie was  filled with cabbage, egg, onion, mushrooms, and cream cheese.   Another one was filled with beef, mushroom, and onions.  It had a bit of a Christmas taste.  Perhaps it had some nutmeg or cloves?  The third one had pork, onions, potatoes, and prunes.  To drink, we had birch beer and Gus meyer lemon soda.  We enjoyed all of it and we plan to go back for more!

Driftless Area Towns, Drinks, If You're Ever In..., Restaurants