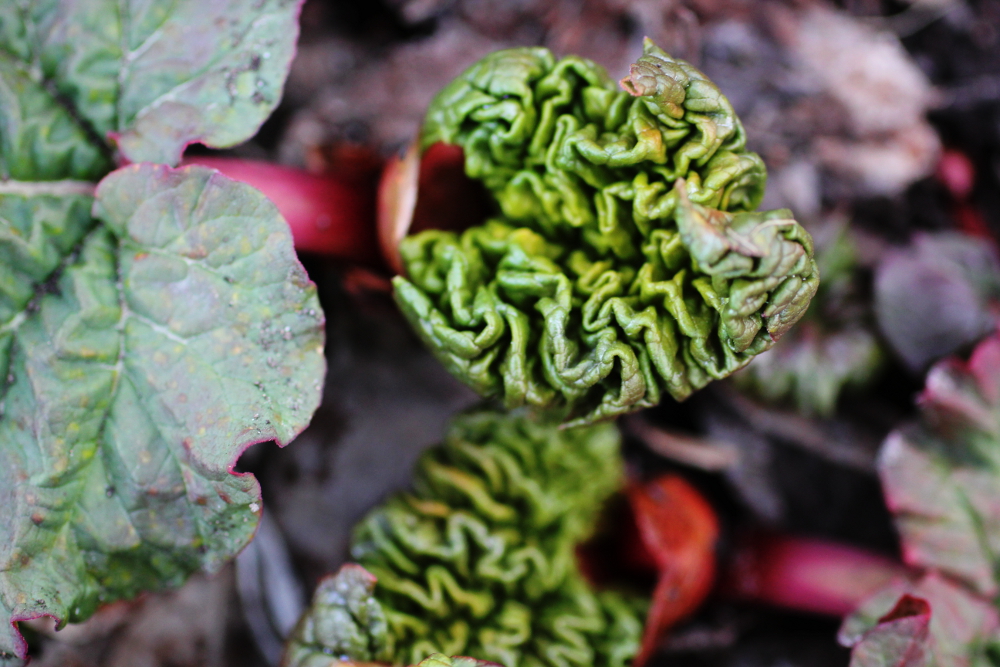 Please bear with me, I’m afraid I’m going to go a little RadioLab on you today.   I’d like you to take a moment to listen the the recording embedded below (courtesy of rhubarb, rhubarb, rhubarb):

So you can probably tell from the name of the sound file what you’re listening to.  Rhubarb.  That is the sound of rhubarb growing.  Okay, but how was that recording produced?  Is it sped up, like a time lapse video for sound?  Nope.  Is it a hypersensitive microphone embedded in the soil?  Guess again.

It’s exactly what is says.  That recording is a real time,  un-enhanced recording of the sound of rhubarb growing.  Cool, huh?

To be slightly more precise,  it’s the sound of a lot of rhubarb growing in a shed in Yorkshire, England.  To produce an early spring crop, rhubarb is grown in warm, dark sheds.  Needing light, the plant expends all of its energy growing long, thin shoots trying to push its way though the soil and into the sun.  This “forced” rhubarb is a major crop in the area, and forced rhubarb grown in Yorkshire has actually been given PDO status in Europe.  This is the same protected status as (for example) Prosciutto, Champagne, and Stilton.

I found this so fascinating when I first heard it, because I’m so used to plants operating on a slower time scale than the human attention span.  And even with the faster growing plants, like dandelions, you still don’t expect them to keep you up at night with their complaining!  I mentioned hearing this recording to my farmer friend Rebecca, by the way, and she admitted she’ll sometimes stare at her beans and try to see them grow.  And even interrogating them about it: “Did you just move?  Did you?”

As awesome as it is that you can actually hear rhubarb grow, I still don’t really like it.  It’s too sour for my tastes.  Leslie loves it though, and every year she makes her strawberry and rhubarb preserves, as well as other rhubarb based treats you can read about here, here and here (that’s Rhubarb Jack pictured below).  And actually, I’m told that forced rhubarb is sweeter and more tender than traditional plants.  If you know anyone around here that grows forced rhubarb drop me a line, if not we may have to try it next year.

If you are inspired to make any of those dishes but you don’t have rhubarb in your garden, you can probably pick it up at your local Farmers Market.  Here in Mineral Point, the market is starting up this weekend (although it may be a few weeks before rhubarb starts to show up). 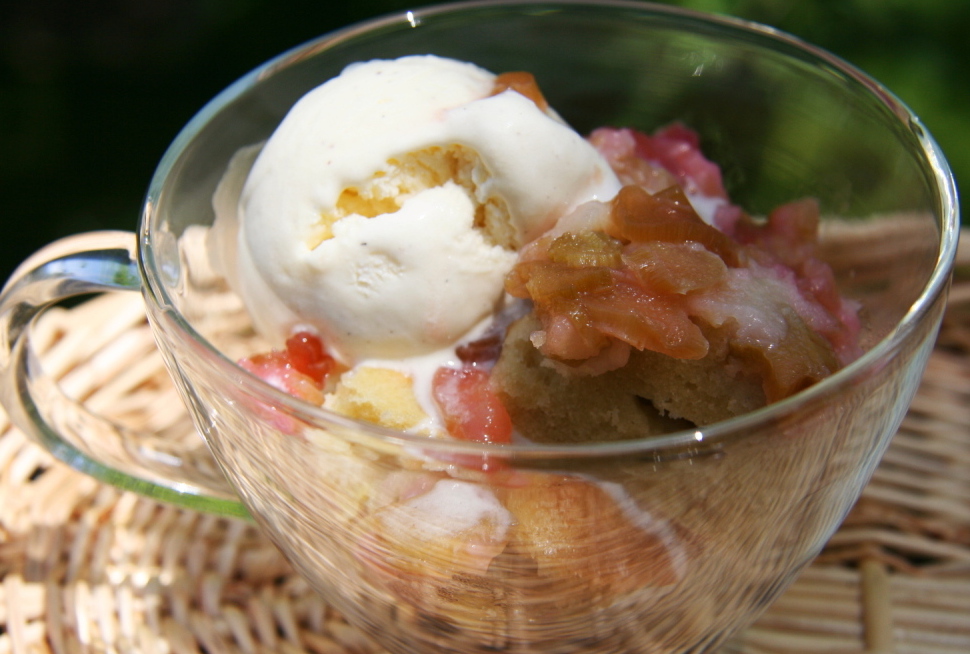