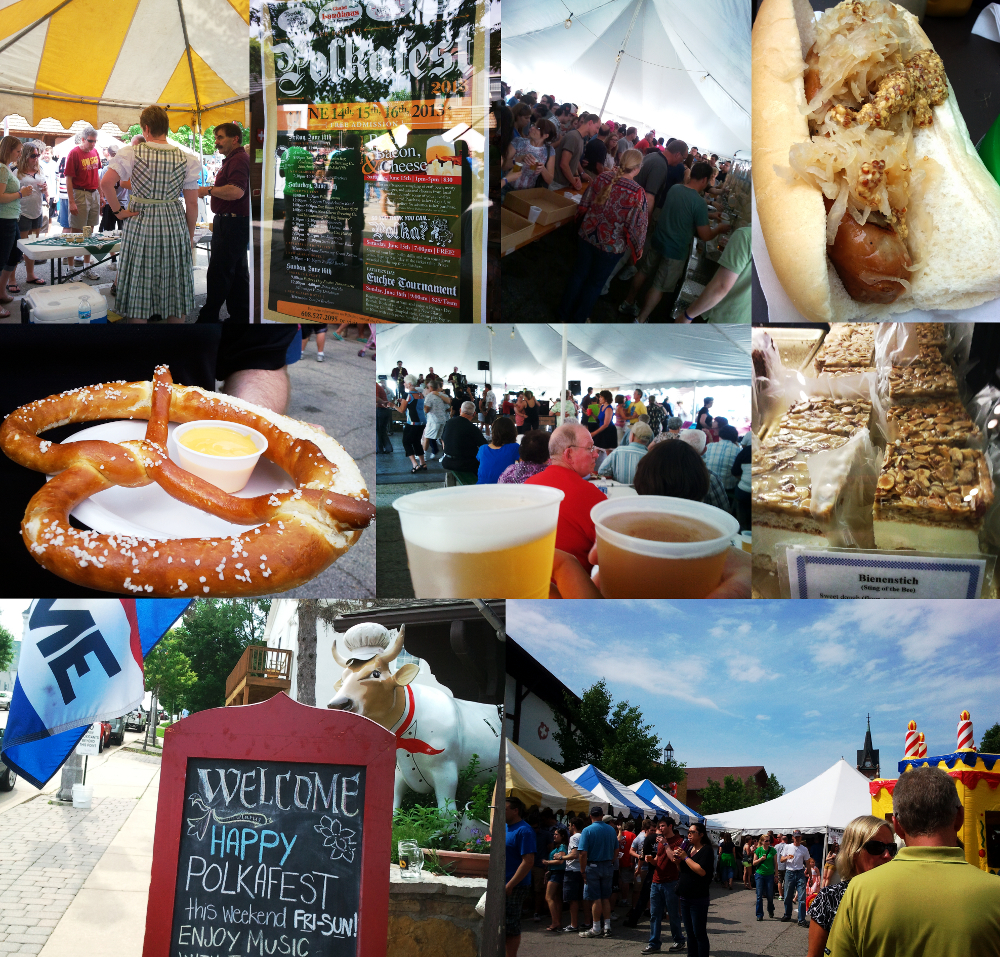 If anyone knows how to party, it is the town of New Glarus.  Last Saturday we attended Polkafest where they celebrated music as well as beer, brat, and cheese.  It smelled of hot pretzels and ale, and people danced dizzily to music played by a band with a bunch of accordions.  The spot to be was the New Glarus Brewery tent.  It was the primary draw for me since they were doing the “Big Squeeze” that day.  They asked people to bring five pounds of rhubarb in exchange for a free beer.  The rhubarb was to be used for their new strawberry-rhubarb ale.

I realized I was about four hours late for the squeeze and several ounces shy of the required five pounds, but the sweet guy who was juicing some rhubarb gave me not one but two beer tokens!  Keith and I joined the long line of thirsty revelers and got a Naked and a Spotted Cow from CEO Deb Carey.  We also ran into another familiar face, Tony, an expert yodeler and chef, we met a couple of years ago at Roth Käse.

Keith and I shared a giant pretzel and a brat with lots of kraut and mustard.  For dessert, something called bienenstich or “sting of the bee”.  After that, a long country drive along the curving roads, with all the windows down, sticking my head out like a dog and smelling the air, green all around, and the finale.  My number one sign of a day well spent is spotting what I like to call an “Oreo” cow.  Well my friends, I hit the jackpot because there were four. 🙂 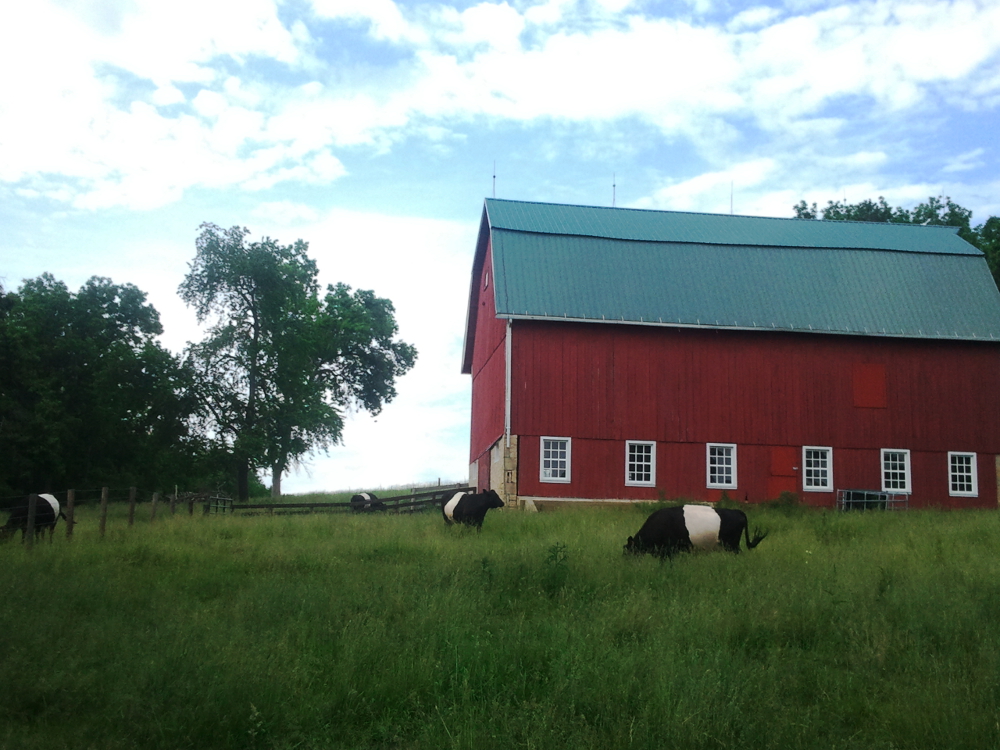