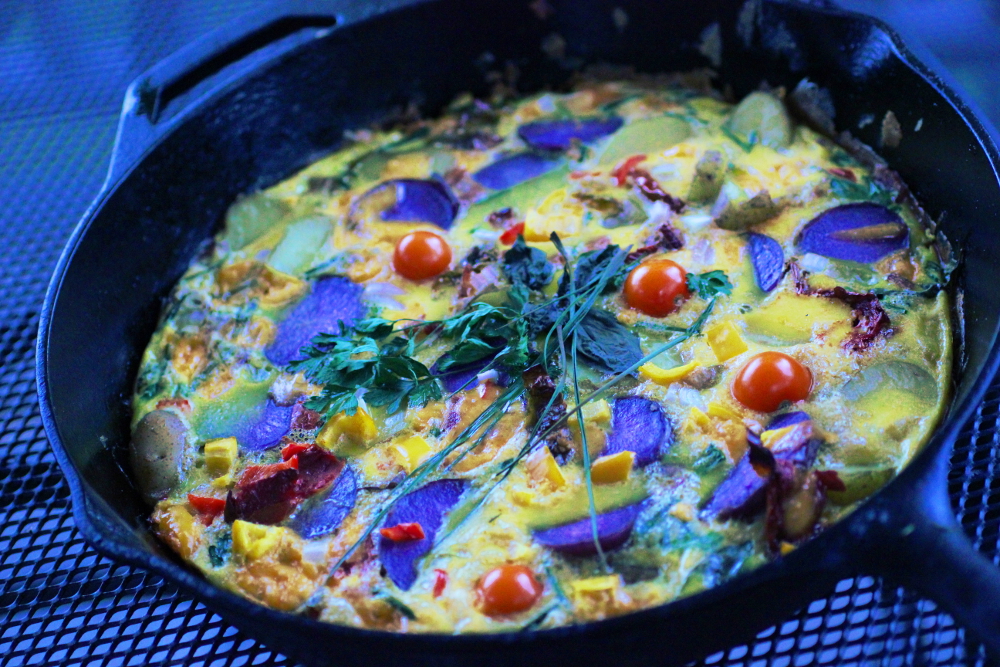 Happy Frittata Friday!  I dare you to find a more colorful one.  Actually, I made this last night for dinner.  Usually we’ve run out of ideas by Thursday or we don’t feel like cooking.  So I challenged myself to put together the fastest, prettiest, and most flavorful dish instead of going out to a restaurant.  That way we could save some money (perhaps to spend on a ridiculous treat dinner later) and have more time walking around the neighborhood or snuggling with the love of our lives, Ollie dog.  Do you have a “go to” meal when you can’t think of anything else to make?

A frittata is basically a crust-less quiche.  Italian mothers and grandmothers have been known to save bits from previous meals so that they could make a fine frittata toward the end of the week.  I had some leftover bacon, some boiled potatoes, tomatoes, peppers, cheddar cheese, and a lot of herbs in the garden.

Preheat the oven to 350 degrees Fahrenheit

Cut up the bacon into small pieces and render the fat in a large cast iron skillet.  Place most of the cooked bacon on a paper towel.  Discard most of the fat.  Replace the fat with olive oil or vegetable oil and sautee the onion, garlic, and pepper.  Add the rest of the ingredients then pour the beaten egg on top.  Cook in the oven for 15-20 minutes or until set. 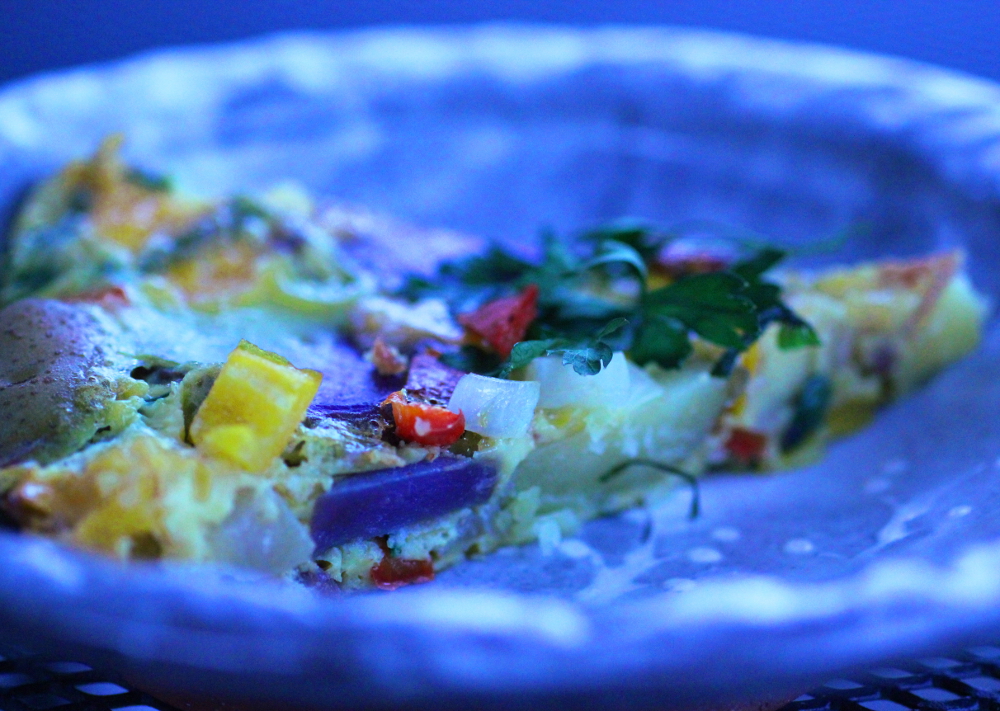