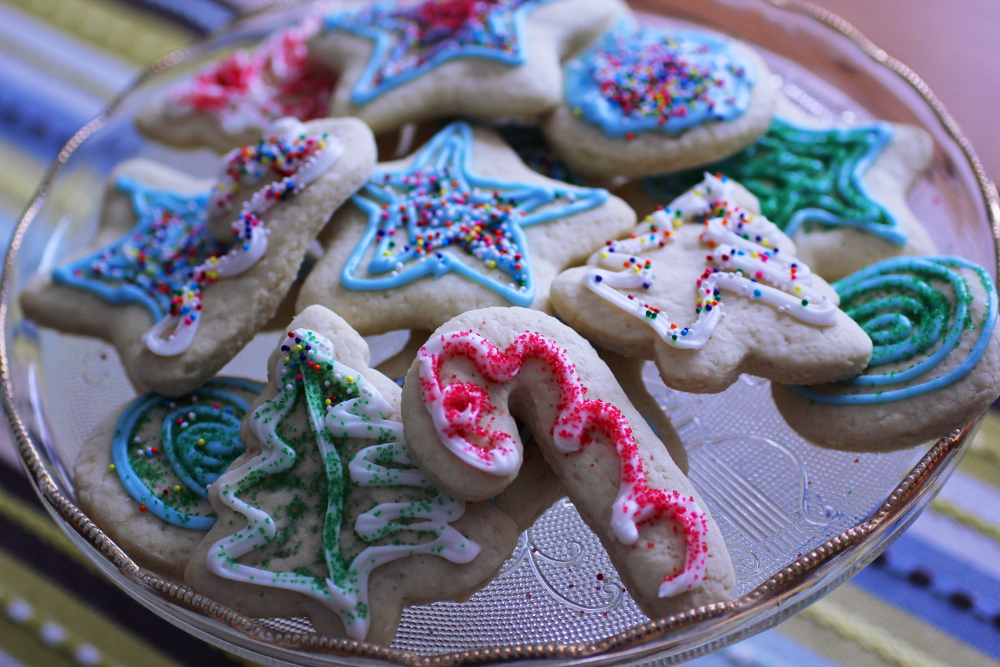 ‘Tis the Season to be Baking

Hi there!  What have you been up to?  Me, I’ve been on a baking spree for about a week now.  So much so that the only way I could whip up breakfast this morning was to scramble-up some cookies.  Not really,  but we did have tea and cookies for breakfast.  The first thing I made was the filling for the mince pies.  My first encounter with this (which came out of a package) was not so pleasant but I decided to make it to see if it’s any better.  I looked at several recipes and decided to make it with whatever I had on hand.  Some key things to have is fruit, dried fruit, sugar, and booze.  My mixture consisted of pears, pear cider, homemade orange liqueur (“Grand Marnier”), orange juice, homemade blood orange marmalade, sultanas, dates, walnuts, poppy seeds, maraschino cherries, and molasses.  The scent was absolutely intoxicating and it tasted just as lovely.  Here’s a nice article and recipe by Nigel Slater. 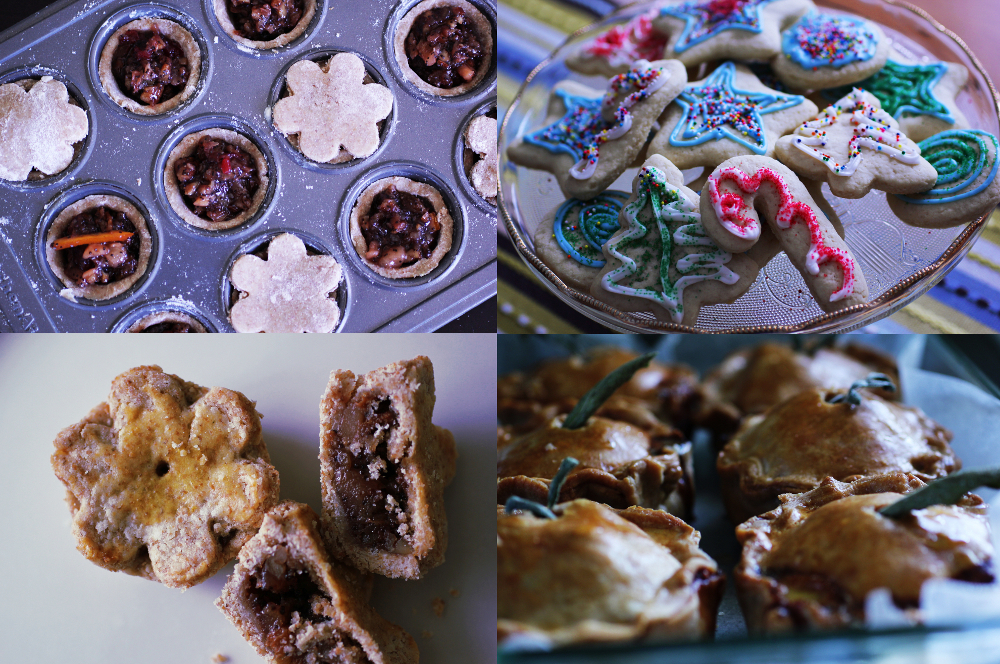 I know the “pink cookies” are not pink.  Keith’s family calls it that.  There is a branch of the family who color the cookies pink but not them.  Read this post for the history and recipe.  They are quite fun to make and every year I’m getting better and better at it.  They are old fashioned soft sugar cookies and are scrumptious eaten straight out of the oven without the frosting.  The pork pies were a bit laborious.  At day two, I questioned why I even started them but I had to follow through and finish it.  Day three, they were ready to be tested.  Keith and I enjoyed it and we also brought some to a party.  It was a hit.  I think this will have to go into my Christmas season repertoire.  The next post will be include more droolworthy pictures of the pork pies and the recipe.  Fa-la-la-la-la and a good day to you!