The Potosi Brewing Company was one of the big regional breweries in Wisconsin throughout much of the early 20th century.  If you’re old enough to be the kind of person who shops at flea markets, you probably remember Good Ole Potosi or Holiday.  I say this with certainty because I have been to two flea markets in the last two days (I’m an old soul) and on both occasions I saw people reminiscing over dusty old bottles of Potosi.  A few decades after those glory days Gary David bought and began to restore the dilapidated property.  While he was working on the restoration, he was  lucky enough to have the American Breweriana Association select it as the site for the National Brewery Museum.  Now the site is home to a restored Brewery, the museum, and a restaurant.  The museum was neat, and a good way to work up an appetite. 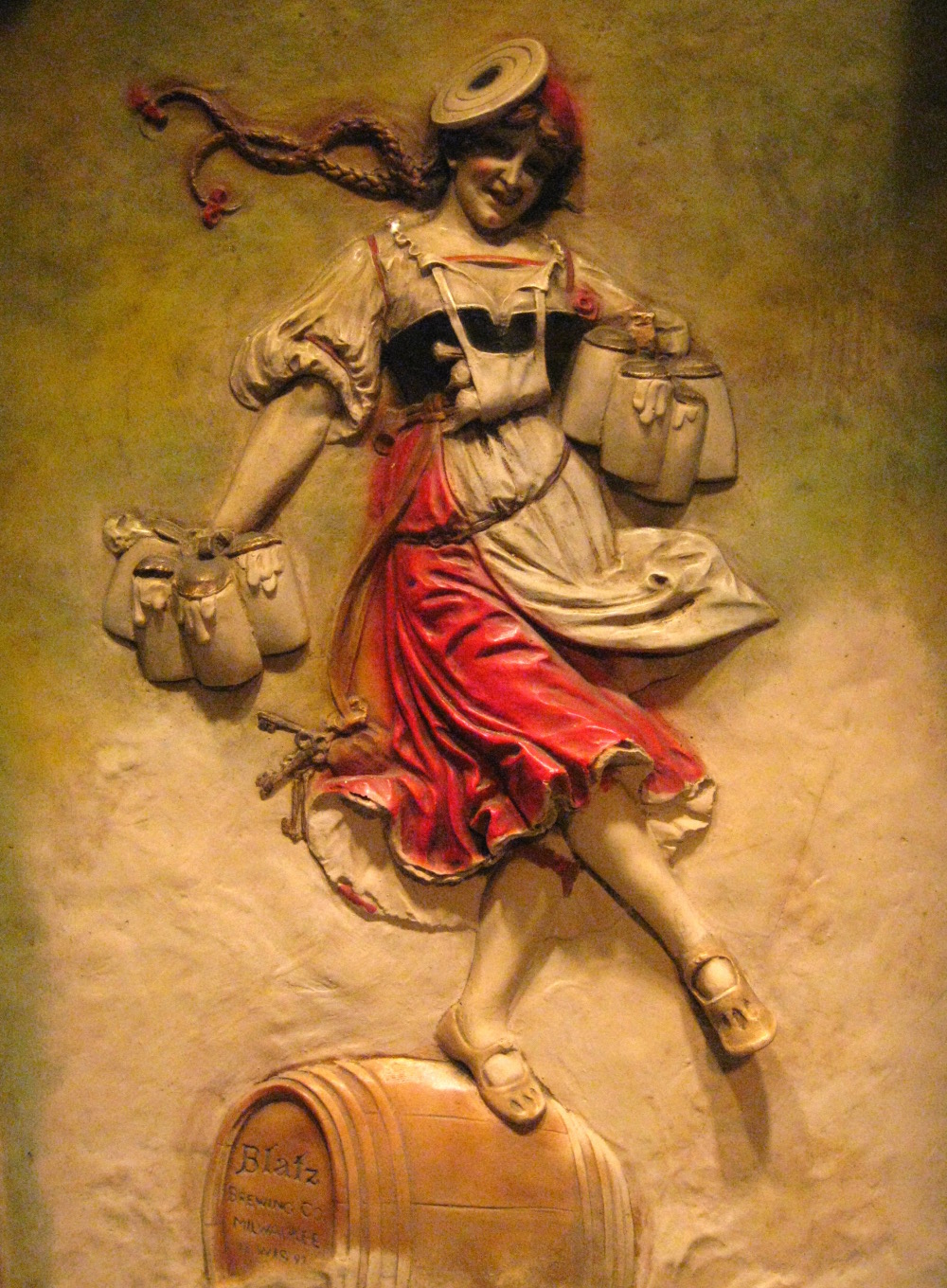 I really hate to travel with our digital SLR, it just seems like overkill to whip out a camera with an $800 lens when you are taking a picture of your food in a restaurant.  Plus I think it makes us look like health inspectors.  So, anyways, we only had our little point and shoot and we didn’t get any good pictures of the food.  “You should have let me bring the good camera”, Leslie just chimed in over my shoulder.  Having let her (and you) down, I will now attempt to make amends with the following recreation of our meal*:

I had a Good Old Potosi burger with garlic mashed potatoes and Leslie had the french dip with sweet potato fries.  The burger was fine, just about what you’d expect from a brewpub in Wisconsin.  The french dip, however, was in no way average.  The meat was as tender as can be.  I hate it when your first bite into a french dip brings half the meat out with it, no risk of that here.  The roll was well chosen, the right level of sponginess and firmness to absorb au jus but retain its structural integrity.  Leslie adored her sweet potato fries, they reminded her of the deep fried and caramelized sweet potatoes sold on a stick  in the streets in the Philippines.  I’m not certain about this, but I believe they actually had a little bit of cinnamon and sugar sprinkled on them.  I only had one.  There isn’t anything you could do to a sweet potato fry to make me enjoy it.  Ah, I forgot, we started the meal out with a soft pretzel appetizer that came with beer cheese dip. A common food round these parts, but here almost perfectly executed.  Thin, crusty outer layer, with a chewy, almost stretchy center (essentially the same as a good bagel).   I almost ordered another pretzel for the road. 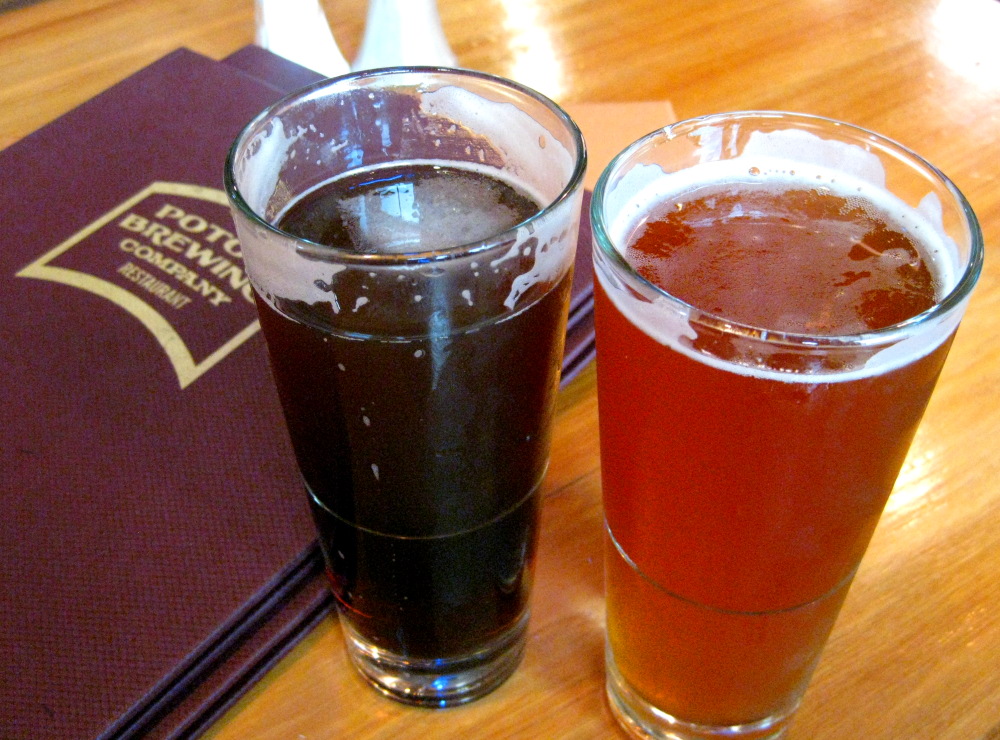 Our tickets to the museum came with free drinks from the bar.  I had a Cave Ale (on the right), Leslie had a root beet (Princess Potosa Root Beer, I believe, on the left).  The cave ale was very good.  I’ve said it elsewhere, but I’m not really qualified to review a beer.  It was a great match to the meal though.  Leslie’s root beet was the real shocker though.  I’ve had just about ever root beer under the sun.  I’ve even made my own once or twice.  This was unlike any of those.  It had a strong medicinal flavor– think Bulldog times 2, but without the smooth cream texture.  And none of the intense sweetness virtually all rich bodied root beers have.  The first taste was lightly sweet, but the aftertaste was bitter and nutty.  Leslie and I agreed, this was the absolute highlight of the meal and one of the best root beers we’ve ever had.  I almost think they should have warned us when we ordered it, the taste was so different from what one expects when they order a root beer I can imagine some people being unhappy.  We were anything but unhappy however, and nearly brought home a growler full of the stuff.  The only reason we didn’t is because we’re sure we’ll be going back soon.