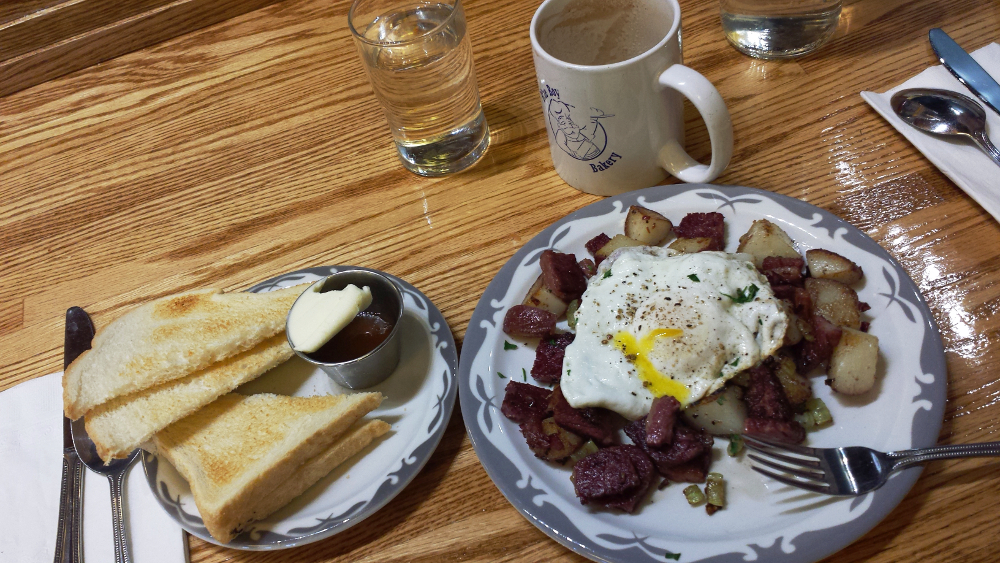 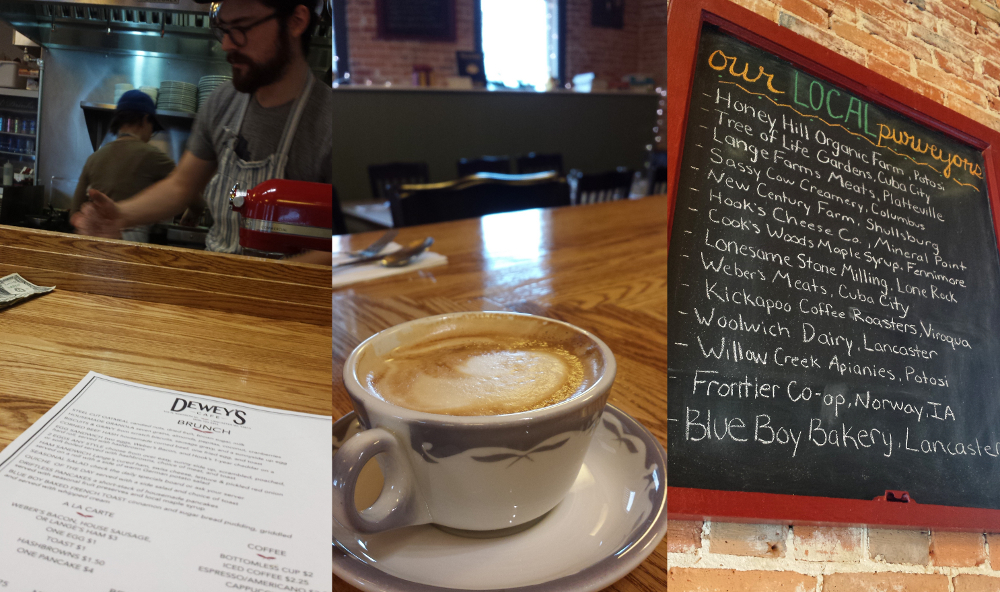 Going out for breakfast is my favorite thing to do on the weekend.  And we have a lot of good options: the Red Rooster, the Pleasant Ridge Store, the General Store, and so on.  But this year has seen a new place shoot right to the top of the list and quickly become our go-to spot.  It’s called Dewey’s and it is in Lancaster (that wasn’t a very dramatic reveal unless you skipped over the title).

Dewey’s is run by a nice couple named Halee and John.  John grew up in Lancaster, but they’ve just moved back to town from New York where both worked in restaurants–including New York brunch staple Prune.  Their experience in NYC kitchens definitely shows through; there is a precision and finesse to the food that can be hard to find out here (particularly at breakfast spots).

We’ve eaten here a few times now and have settled on our favorite items (although I doubt you can really go wrong).  For Leslie it’s the bread pudding french toast when she is in a sweet mood, and corned beef hash (pictured above) when she wants something savory.  For me it is biscuits and gravy (below).  Their cappuccino (made with Kickapoo Coffee) also deserves a mention-I doubt you can get a better one anywhere in the Driftless Area.  And it’s not just the coffee that’s sourced locally; they have a long list of local suppliers including Lange Farms, Weber Meats, Hook’s Cheese, Cook’s Woods and more. 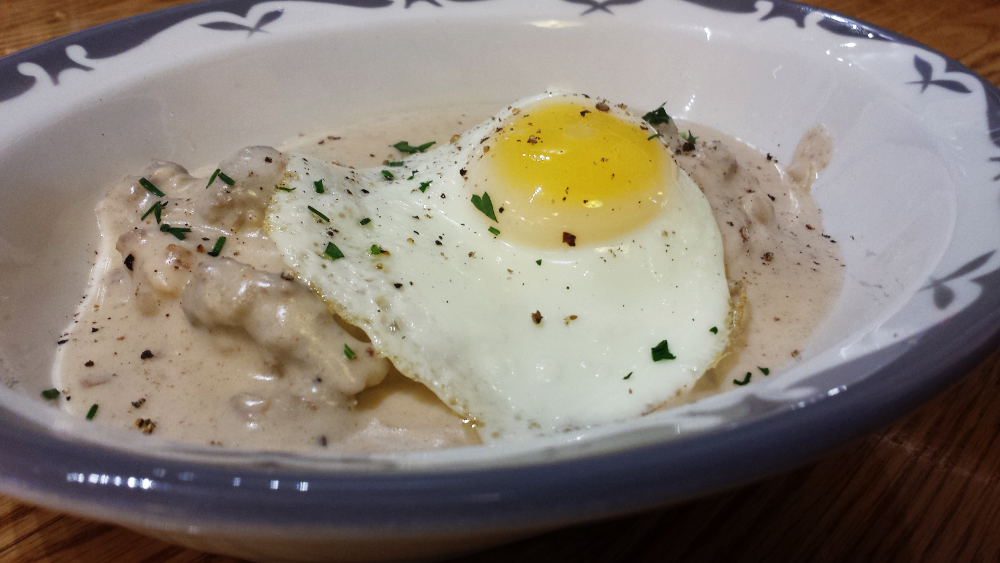 Attached to Dewey’s is the Blue Boy Bakery (another of their suppliers), which sells good bread and pastries (long johns, bear claws, donuts, cronuts, turnovers, and more) as well as many of the local meats and cheeses used at Dewey’s.  Breakfast, a little grocery shopping, and a nice drive through the country–sounds like a good Saturday to me.  And while you are in Lancaster be sure to stop in at Busch Music and ask Marty to show you how a player piano works. 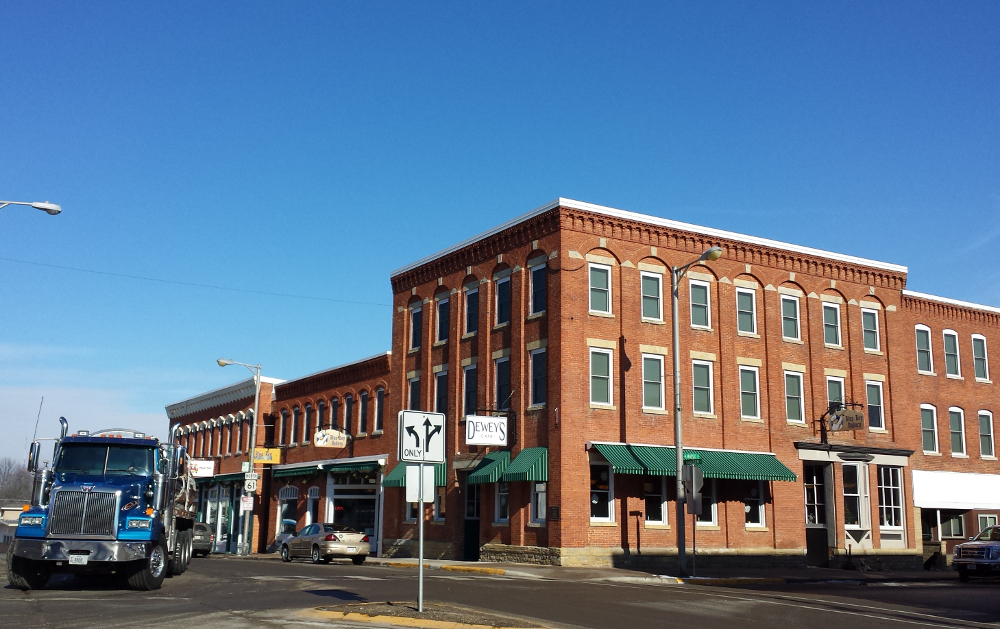 Lastly, special thanks to Chris from Kusaka for letting us know about Dewey’s.