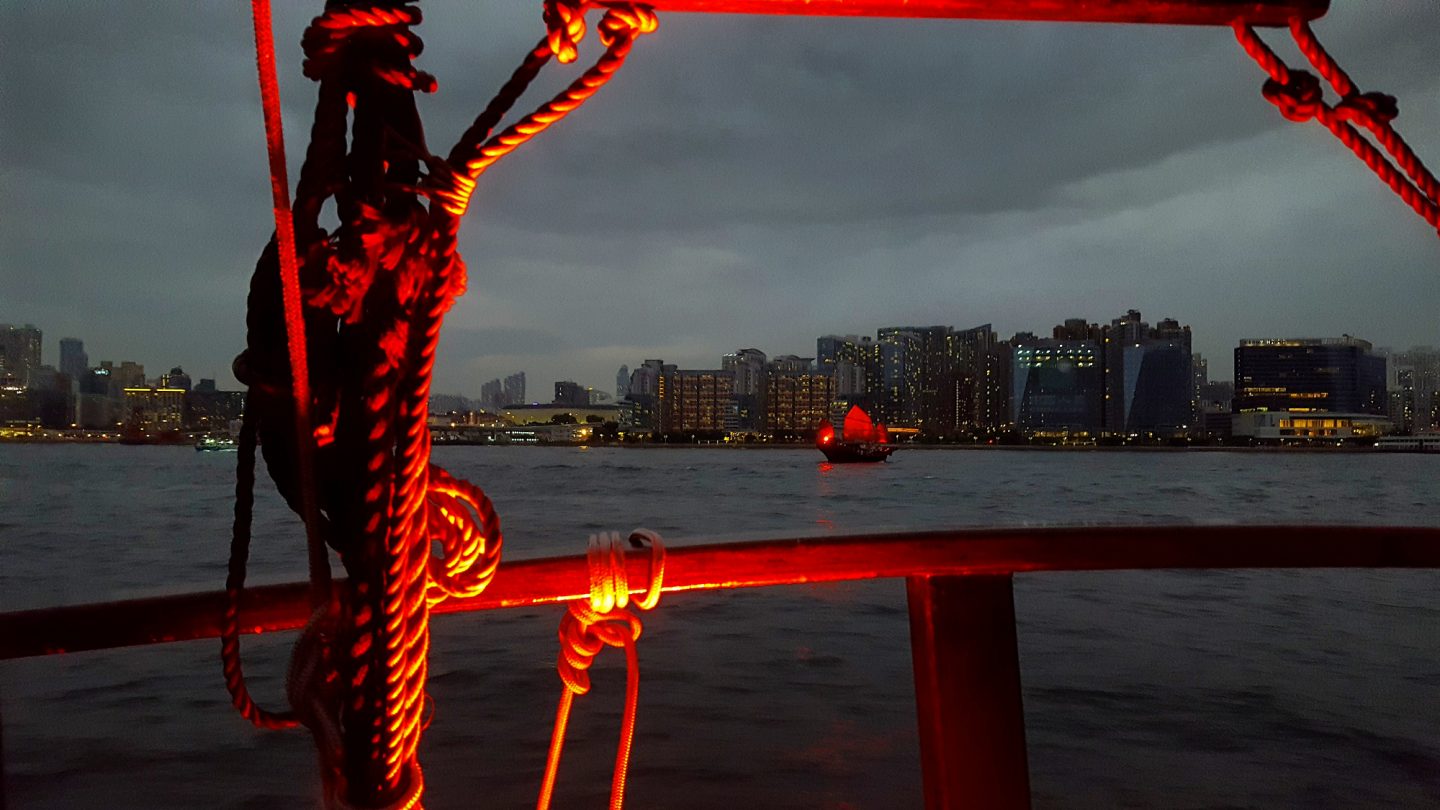 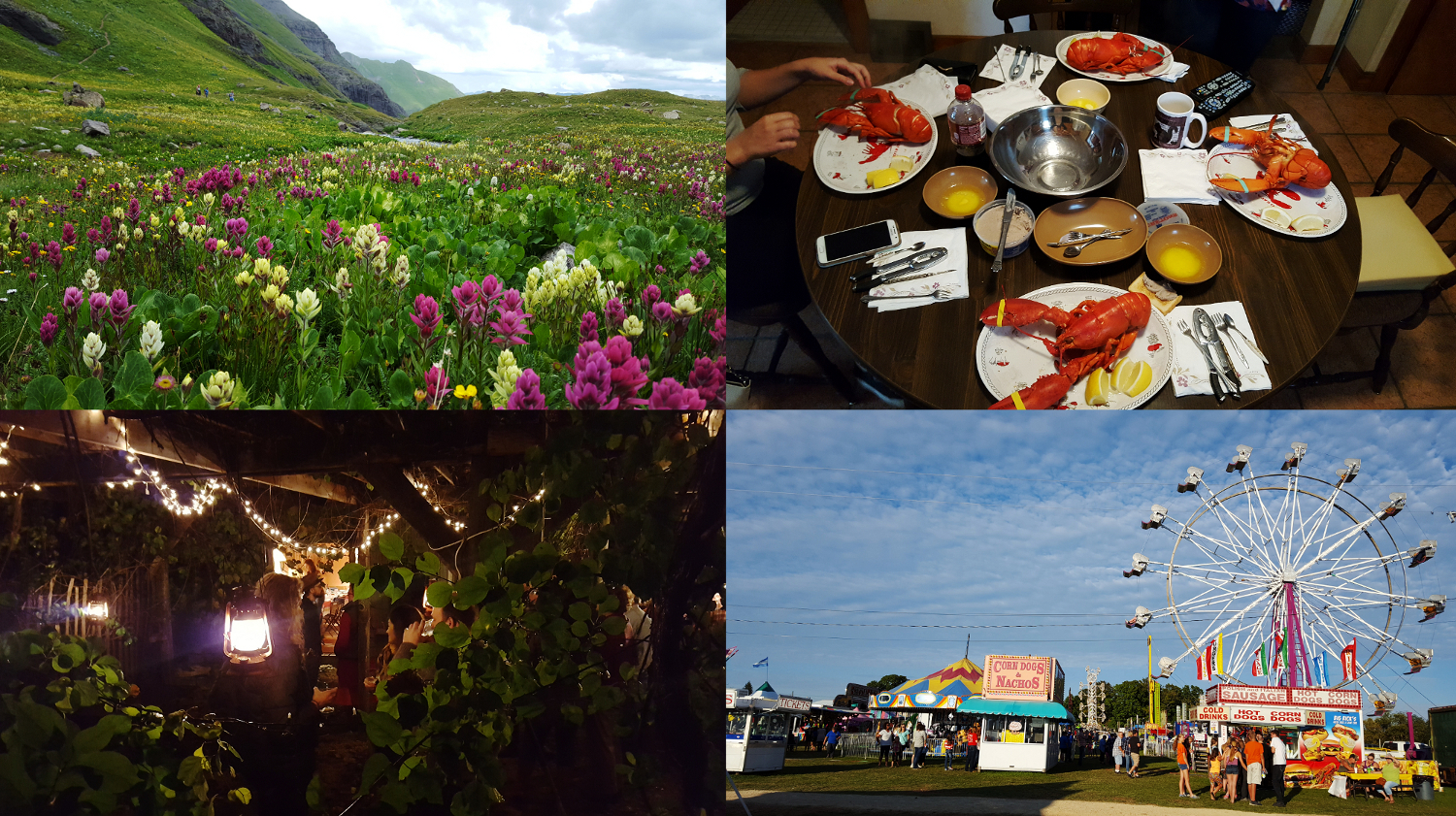 A few months ago, I came upon a Japanese phrase ichi-go ichi-e for the first time. Commonly associated with the traditional Japanese tea ceremony, it means that each moment, even when we try to replicate it, is unique and should be treasured. Of course it is a universal concept and there have been times in the past of this feeling, but hearing the phrase made me want to evaluate whether I was truly present in my daily life and it also made me want to recognize some special moments I’ve been fortunate to have in the last year.  As a lot of you know by now, I love any excuse to prepare food, go out to eat, to celebrate and to travel; most importantly, that these great pleasures are shared with wonderful people.

“If more of us valued food and cheer and song above hoarded gold, it would be a merrier world.”

The first thing that comes to mind is a trip through Maine with Dunja and Ayla late last spring. The air was salty and smelled of pine, lilacs, and apple blossoms.  We tasted a local delicacy: the chocolate whoopie pie.  Even better, we bought some live lobsters from a gas station in Lewiston for a special dinner prepared by Ayla’s grampy. He put the lobsters to sleep in the freezer before boiling them in a hug pot of water. We helped set the table with all the utensils for cracking the shell and for extracting the meat and we put on the traditional bibs. There was a half a stick of melted butter for each of us, several lemon wedges, and toasted bread as a vehicle for the creton, a pork spread similar to French rillettes.  We made a fine mess. Lemon juice stung our eyes and our faces were shiny with butter.

In December, Keith and I attended a dinner party to celebrate a friend’s cheese. This is not as abnormal as it sounds– it is Wisconsin after all. The cheese is a seasonal delicacy called Rush Creek Reserve. That night was a blustery and cold with a little snow. Caitlin and Andy prepared a lovely table decorated with candles, faerie lights, pine garland, and several wheels of the cheese. We started with a cocktail of grapefruit, rosemary and gin to accompany the salumi and fondue made with Pleasant Ridge Reserve. For the meal we had salad with daikon dressing, roast vegetables, and beef pot roast. I may have put copious amounts of the Rush Creek on my vegetables. The dessert was almond chocolate brownie with lavender ice cream and blackberries. Later in the night, we played music and sipped on whiskey.

In the summer, as part of our annual trip to Colorado, Keith and I camped at the Curecanti National Recreation Area near Gunnison. It was my first time camping as an adult. I wanted to be in charge and picked the spot for our tent. We made a pretty fancy camp dinner of bison meat, black truffles, and gnocchi. The night sky was stunning. It happened to be around the time of the Perseids so I was able to spot a few shooting stars. When it was time to sleep, we ended up rolling down toward the front of the tent. I guess I should consider the flatness of the ground next time. The view was spectacular!

On the same trip to Colorado, we did a day hike in the San Juans. I could complain about the pesky mosquitoes (I don’t know what they were doing hanging out at 8,000 ft.) along the way and the lack of oxygen but being far away from the moment now, I’m glad that we did it. The prize at the top was the carpet of yellow green and pink paintbrush flowers. There must have been thousands of them. The Ice Lake Basin had the deepest turquoise water I’d ever seen. We sat in awe, surrounded by snow covered peak. Nearby was a stream where we drank the most refreshing water (after filtering it!). The day after that experience, we ended up at some museum staring at fossilized fish vomit. Actually, it was a replica of fossilized fish vomit! The real stuff was off on loan somewhere. Not every day can be heaven.

There have been so many other fine moments like sharing a huge Filipino feast for Friendsgiving, devouring Italian pastries on a sidewalk at two in the morning in Boston, the pitcher of bloody Mary garnished with a whole fried chicken and finding a traveling beer garden in Milwaukee with family, eating the best canelles and foie gras and raspberry toast at Iliana Regan’s Bunny in Chicago with Wes and Ruth, and going to an opera at the Lyric and slurping spicy handmade ramen in a tiny basement bar with Megan. And the many visits to our local pub (Tequila Point), hanging out at the chocolate factory, and making music. How could I even forget the 24 hour vigil at American Players Theatre of Shakespeare’s 400th anniversary? At dawn, a bunch of us got onstage and sang drinking songs with our tankards of local ale. In New York we had Christmas dinner at Le Bernardin paired with the controversial Salome at the Metropolitan Opera. I even went to my first county fair and witnessed “bed racing” and had my first taste of funnel cake. 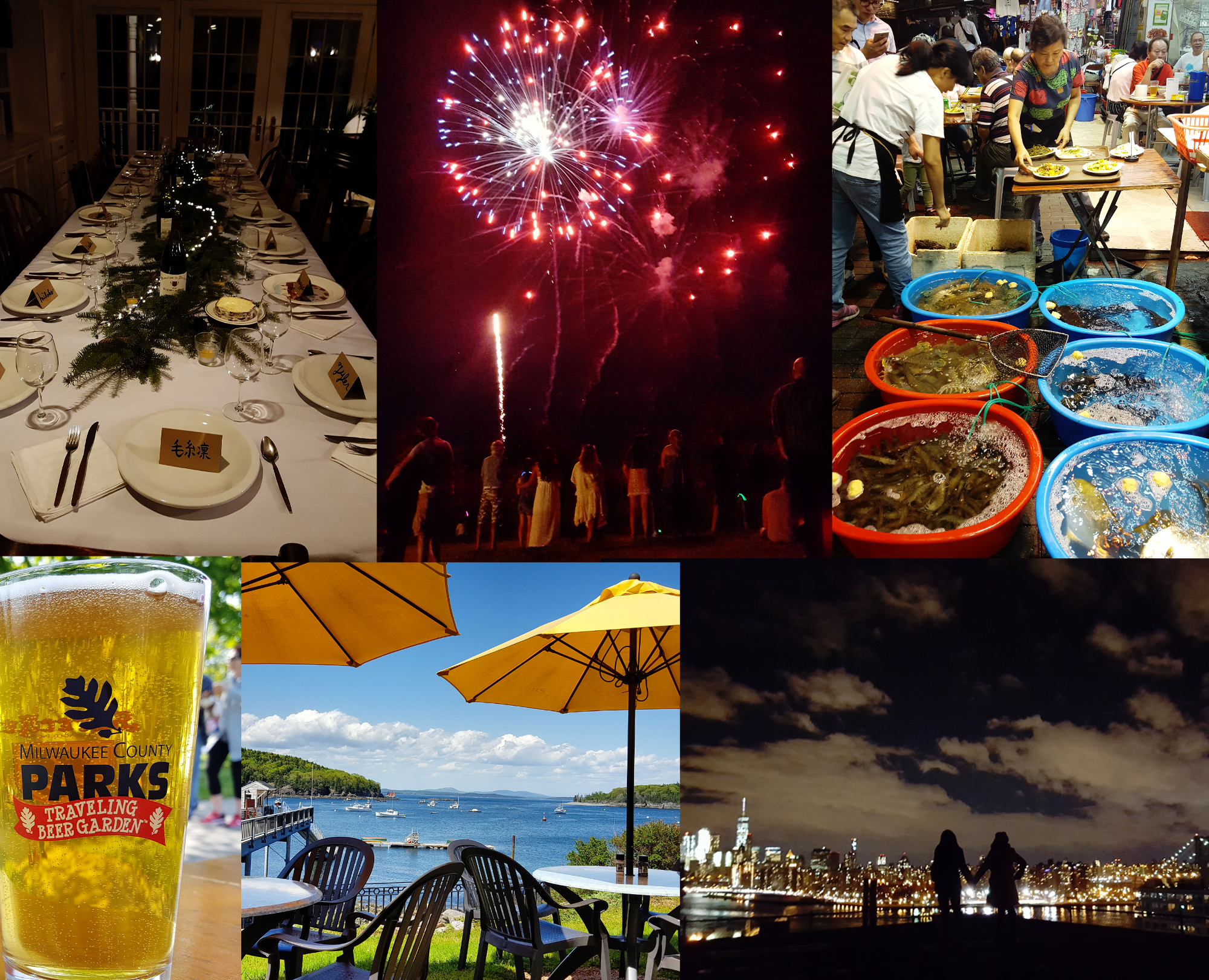 I remember the brunch at the Tippy Top Orchard for our friend Rebecca. Mike made sourdough pancakes with turnips. Bazile made beet kvass, rye bread, yogurt, pear compote, and vegetable parmesan quiche made with local eggs. We also had apple and pear blossom honey, horseradish, maple syrup, and pear cider. It was hyper local and beyond organic, as Mike would put it.

We also attended a couple of events at Lightyears. Lightyears is a dining club in the Clyde Valley started by Serafina Bathrick and her late husband Michael Florescu. The first one we attended was a brunch in the summer with foraged food, prepared by chef Nate Berg of The Lakely in Eau Claire. The second was the last dinner of the season prepared by Sam Kamson Benanav, Shamus Khan, and Jonny Hunter. Some of the memorable dishes included a bowl of pistachios on a bed of salt, flambéed with Sambuca, duck sausage with cabbage slaw, apples, ground cherries with mustard dressing, an egg omelet with walnuts and hen of the woods mushroom topped with an herb salad of mint, basil, lemon balm, parsley and oregano.  Dessert consisted of candied squash, apples, sea berries, raspberries, and Concord grapes with a side of balsamic vinegar dressing and ricotta cheese on an antique silver platter. It was accompanied by a glass of nocino (black walnut liqueur), a cup of mint tea, and a dish of dark chocolate. Lightyears to me is a condensed version of all the good.  It is a place where many of the local food artisans have been inspired and supported through the years.  To me it is a space with so much joyfulness that I’ve told Keith after every time we’ve been there with friends, that I would be happy if that was to be my last meal and last night on earth.

October took me to the other side of the world with my friend Heather. We celebrated her birthday in Hong Kong with a couple of her long-time friends who live there. Before we arrived, I thought it was going to feel claustrophobic and chaotic. There were parts of the city like that but Heather and I were surprised by so many moments of unexpected beauty and feelings of being at peace.  We saw the giant Buddha on Lantau island, tasted the mouth numbing Schezuan hot pot and ate at a dai pai dong (a sidewalk restaurant with buckets of fresh fish cooked to order). We even went to the horse races and did a cruise at sunset on an old junk with the traditional red sails. Heather blew out her birthday candles up high in a tower surrounded by the Hong Kong “jungle”. My favorite was our time at the Lock Cha tea house in Hong Kong garden. We sipped oolong tea from tiny porcelain cups and enjoyed our vegetarian dim sum meal, mostly in silence, with a view of a great banyan tree.

Ichi-go, ichi-e, “Once in a lifetime, never again.” The past year has been unusually good to me and I’m extremely grateful for it. I want to try to continue seeing and sharing the beauty even when at times it doesn’t seem to exist or it is difficult to see. Wishing you lots of love, joy, and peace. 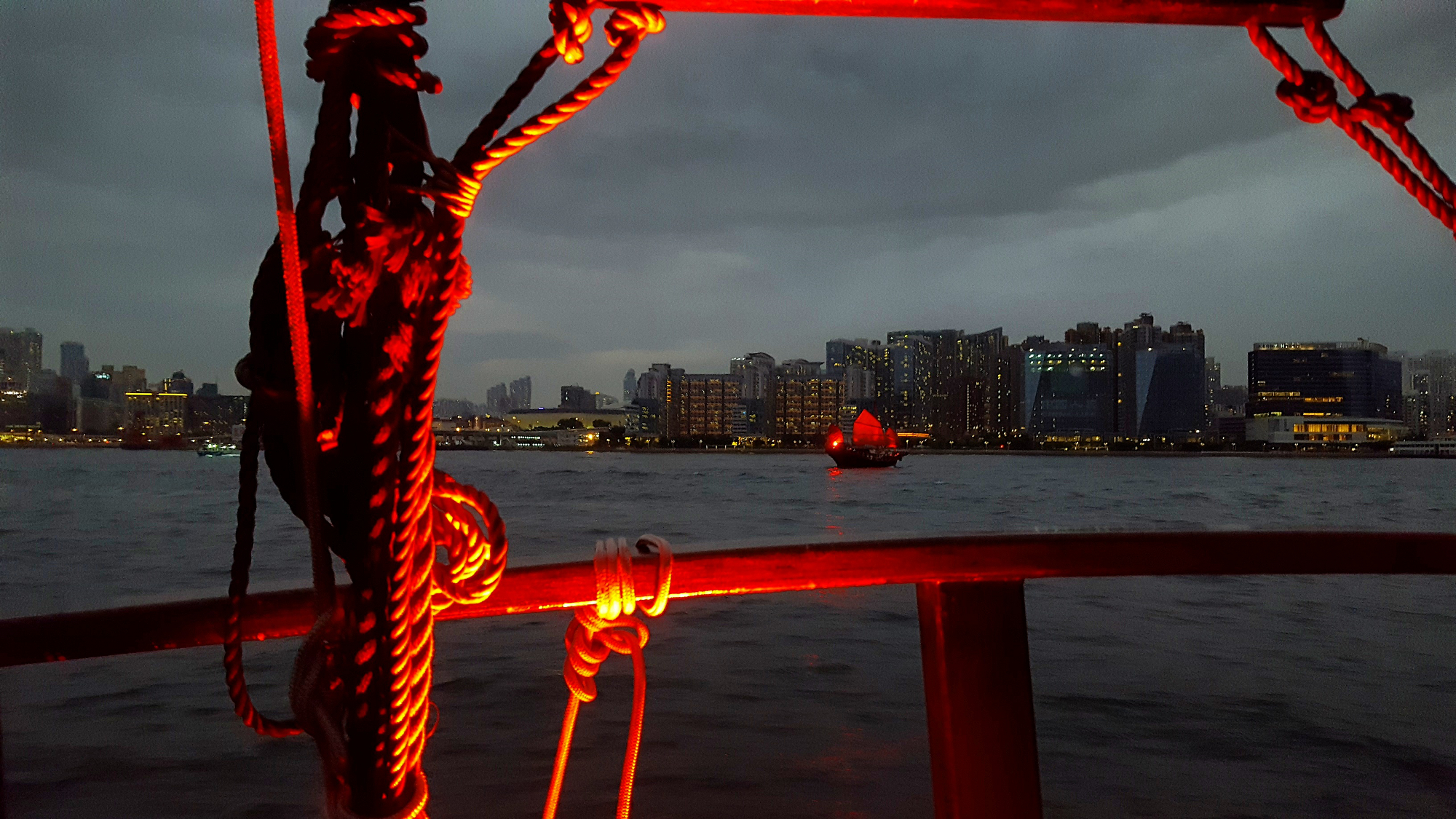