Before planning dinner last night I was practicing how to make chive pancakes since my first try a few days ago did not go very well.  They were just awful.  The dough was very sticky and I ended up adding to much flour.  The pancakes were brittle and misshaped.  In case you don’t know already, I’m notorious for not following recipes.  I decided to use oat flour just because it sounded more exciting :).  This time I was determined to make the best chive pancakes.  So, I did not want to be bothered by a complicated dinner.  I decided to just dump some vegetables, meat, and herbs in one pan and let the oven do the cooking.  It was really easy and you can use just about any vegetables you might have.  You could even go without the meat but a little kielbasa and bacon could not hurt! 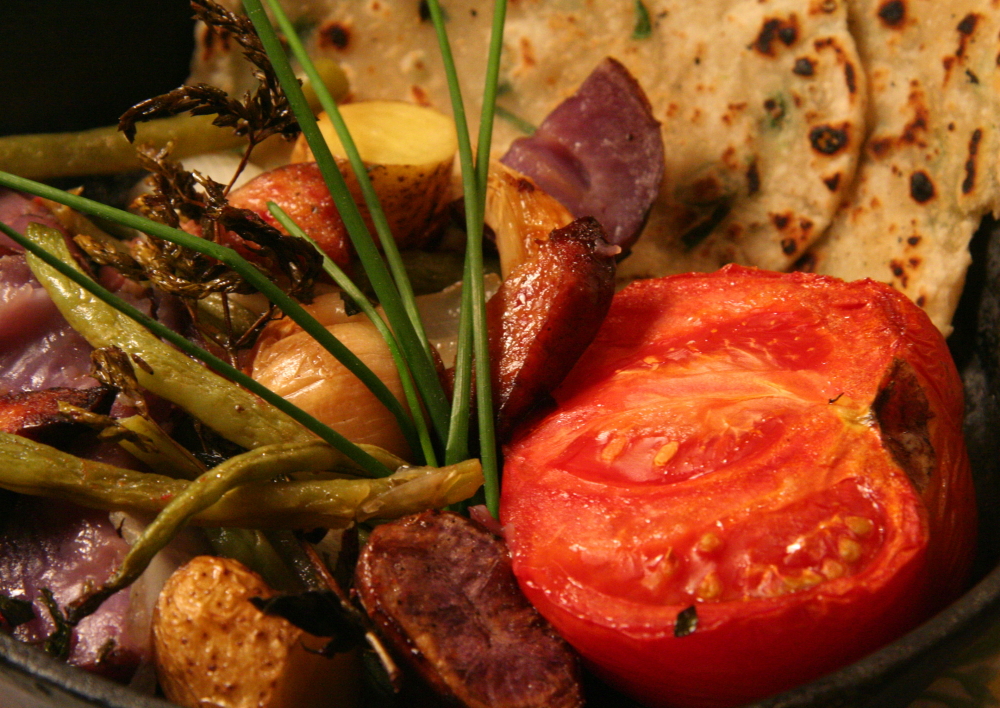 Clean and slice everything to your liking (make sure they are about the same size).  I sliced the tomato in half because I did not want the juices to run.  Add herbs, salt, and pepper.  If you want an extra treat, don’t peel the garlic.  I just separated each piece and crushed them a little bit.  I think it’s fun to squeeze the garlic pods on some bread!  (Mmm…garlic heaven.)  Place everything in a large cast iron pan and put it in the oven and turn it to 400 degress.  There is no need to preheat.  Roasting will take about an hour.  You’ll have to turn the vegetables once to prevent burning but be careful not to touch the tomatoes.

They turned out very well as you can see from the picture below. 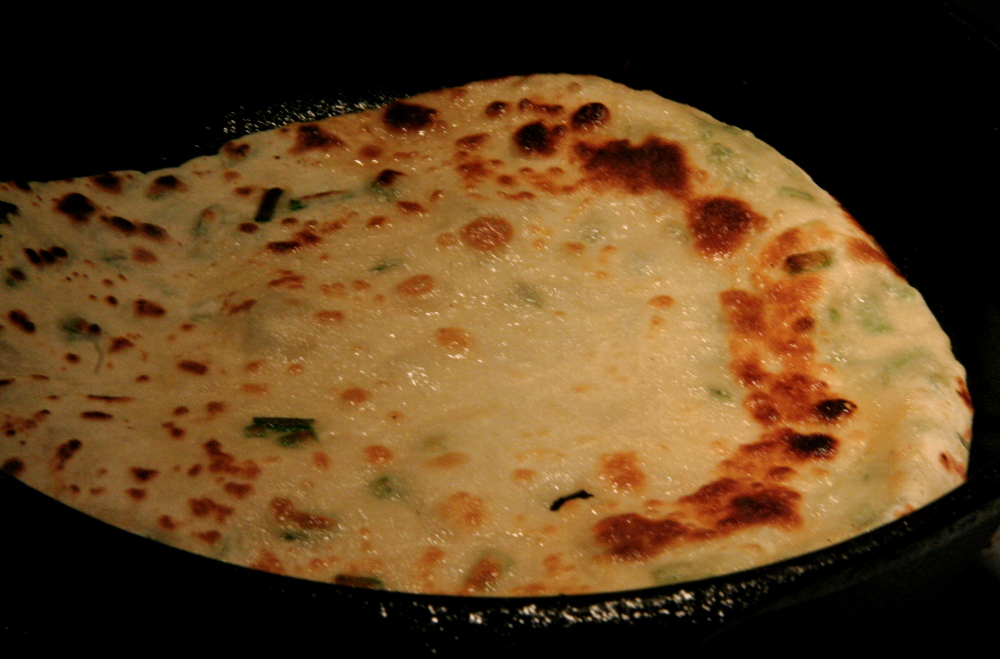 When all was done I thought the veggies looked a little dry so I decided to make a half batch of  bechamel sauce using Mario Batali’s recipe from the Food Network site to drizzle on top of the veggies.  Make sure to let the veggies cool a little bit for the best flavor and so you don’t burn your tongue on a potato like I did.  I think it would have been better if we had crusty baguettes instead of the pancakes.  The texture against the vegetables was incompatible plus I couldn’t sop up the tomato juices with the pancakes.  Nevertheless, the meal was delicious.  Keith usually complains when I cook vegetables but he really enjoyed it.  He even went for a third serving.