Have you ever seen people gathering around a bowl of salad?  Not me.  Last October (the first weekend), Keith and I attended one of his company parties.  I expected a normal, uneventful company party.   Little did I know he was going to fall in love that night.  She was a hot, brushed aluminum beauty carried on a chariot with shiny ass  rims.  All of the men were drawn to her like puppies just about to have their first taste of bacon. 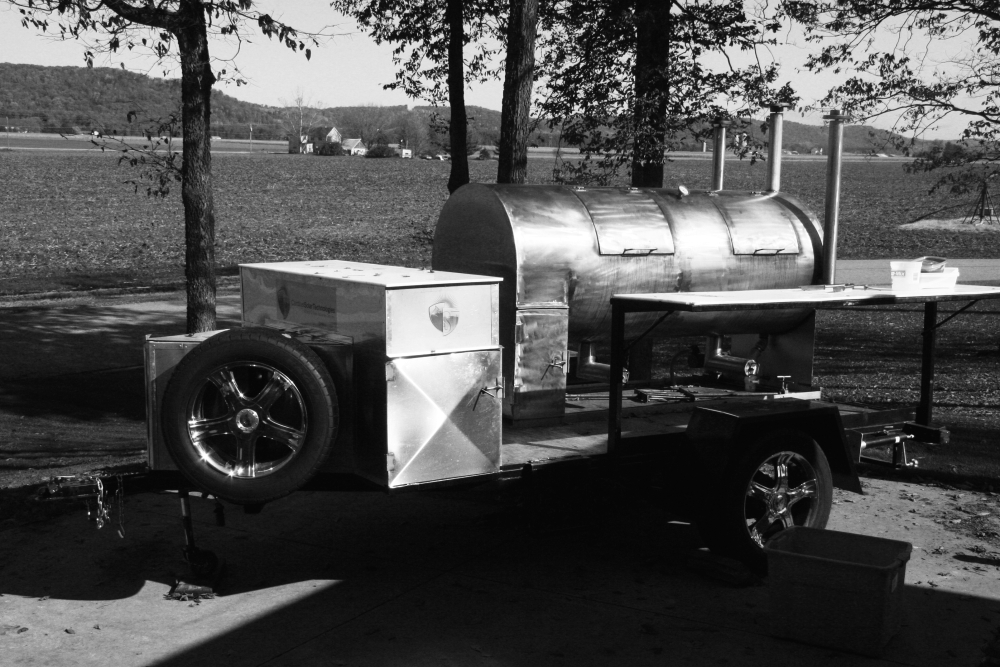 Keith’s friend JL had already been planning to barbeque a beef brisket, so Keith and JL decided to borrow the smoker for their own party.  One brisket would look pretty dinky in that great big smoker though, so they added another brisket.  And a pork shoulder.  And ribs (courtesy of another friend, JW). 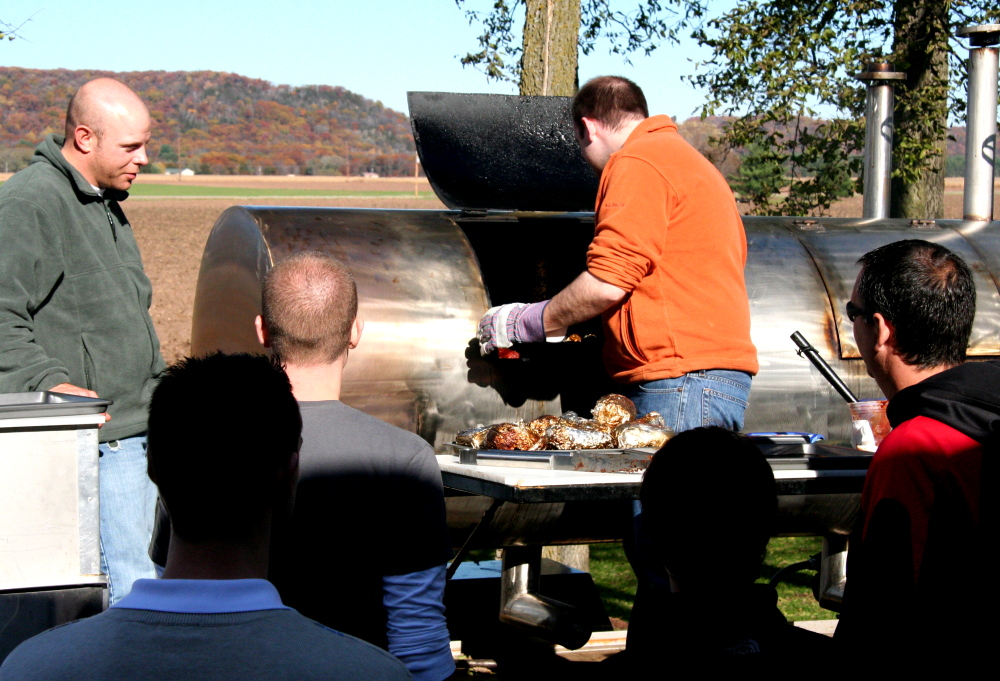 Pictured below (clockwise, starting in upper left): boneless ribs, pork shoulder, plate with all the fixin’s, and the brisket (look at that smoke ring!).  Everything was tasty but, truth be told, the brisket and the pork shoulder needed a little more time on the grill to really break down and soften up.  The guests were all happy, but the pit masters (Keith & JL) were a bit disappointed.  The plan had been to cook the brisket and shoulder about 10-12 hours (~1 hr 15 min per pound).  But the thermometer in the smoker read 20 degrees high, so for the first few hours (until they figured it out) they were below the target range of 225 – 240 F, costing them a few hours cooking time.

The pork shoulder had a seasoned mustard rub applied the night before (yellow mustard, salt, pepper, brown sugar, cayenne pepper, cumin).  I don’t know exactly how the ribs or brisket were prepared, Keith, JL and JW are pretty competitive and won’t give up their secrets.  They also made baked potatoes by coating very large potatoes in olive oil, rolling them in salt and pepper, and smoking them for 6 hours.  If you want to learn more about proper BBQ, I suggest the following resources:

*Keith was supposed to write this but the BBQ is still a sore subject because he wasn’t happy with the outcome.