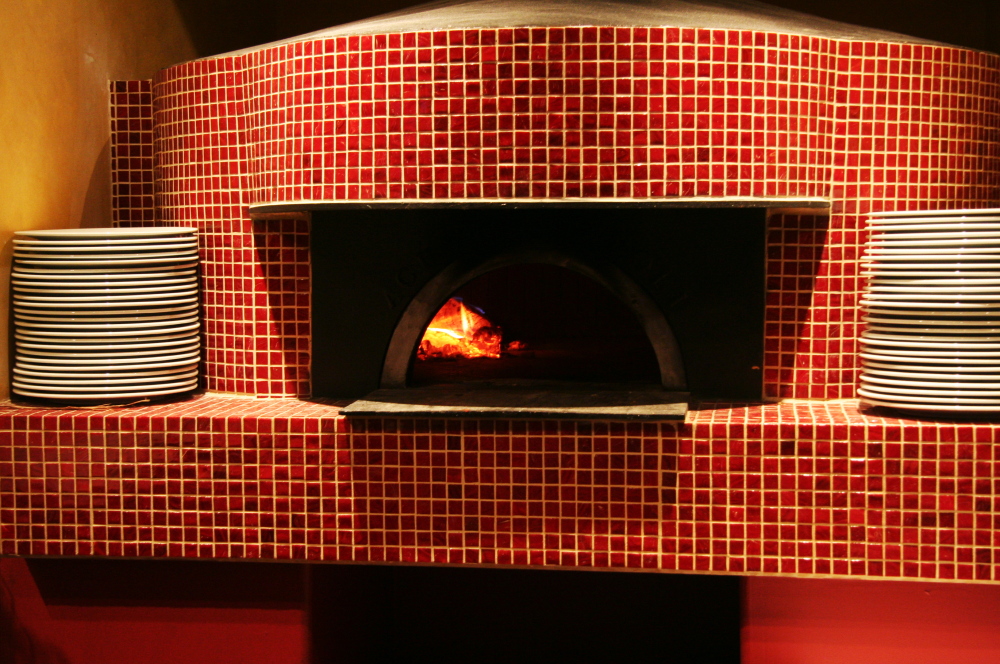 Why is it that we love to eat out?  What is it we’re really looking for when we go to a restaurant?  It can’t be just the food.  I can cook for myself.  It can’t be because we don’t have to do the dishes if we eat out (although that’s part of it).  It’s not for the conversation; we have the same conversation we would have had if we stayed home (except we might try to sound more posh so anyone overhearing our conversation would think we’re more sophisticated than we are).  So why do we go?  It’s a question I can answer easily only for a handful of restaurants.  Places so special that the more obvious question is: why wouldn’t you eat here?  Cafe Porta Alba (or CPA for short), which was in downtown Madison, before recently relocating to Hilldale, is one of those places.

Tastes vary wildly.  That’s a good thing.  Imagine how drab the world would be if we all liked the same movies, read the same books, used the same toothpaste.  I have a friend that genuinely thinks that The House Bunny was the funniest movie of the decade, whereas I wanted to tear out my eyes and stuff them in my ears to make the movie go away.  Hurray for diversity.  So I’m not going to try to make you love Cafe Porta Alba.  I will tell you why I love it though.  It starts with the food of course.  More on that later.  It also has a lot to do with the owners, Vincenzo and his wife Stephanie.  They are as kind and welcoming as it’s possible to be.  It also has something to do with my personal history with the restaurant.  I haven’t always been a “food nerd” (I heard Tony Bourdain say this, I prefer it to the loathsome ‘foodie’).  Right as I was starting to discover real food (as opposed to the stuff I ate at the time), I ate at CPA for the first time.  I’m not sure I knew it at the time, but that period was a turning point for me.  I probably would have ended up the way I am anyways even if I never ate at CPA, but I can’t be sure.

If you’ll bear with a mild digression; two of my favorite writers (Walter Moers and Gene Wolfe) separately talk about a concept that Moers calls the Golden List, and Wolfe calls the Book of Gold.  In Moers’ The City of Dreaming Books, the books on the Golden List are the rarest of the rare– the most precious and sought after jewels of the literary world.  Gene Wolfe’s Book of Gold is a similar, but more personal version of the same concept.  Wolfe’s Book of Gold is a book that you come back to time and time again, if only the hold it, to study the cover, to flip through the pages.  Something that becomes so familiar to you that it becomes part of who you are.  There are books like this, just as there a songs, and places, and food.

And finally, on to the good part:

Pictured above on the left is decumani .  Tomato, olives, mushrooms, and cheese layered around the outside of a pizza dough.  A cross was cut in the center of the pizza and the flaps were folded over to create a ring.  It is then finished off with greens, fresh mozzarella, parmigiano reggiano & balsamic vinegar.  This is not on the menu yet, but I think they are planning on having it as a special, once things have settled down.  On the right we have gnocchi, which we shared before our pizzas.  I guess I’ve never had good gnocchi before because I’ve never been impressed, but this was divine.  They were so tender, their texture was almost gelatinous.  Not at all the heavy, pasty, dumpling texture of other gnocchi I’ve had.  They were drowned in a  four cheese sauce (parmesan, mozzarella, ricotta & gorgonzola) and topped with raddicchio.  The crispness of the cabbage was the perfect counterpoint to  the soft, jelly feel of the gnocchi.

And finally, what you’ve all been waiting for.  CPA serves authentic Neapolitan style pizza.  If you’re interested in knowing exactly what that is, check out the website for the Associazione Verace Pizza Napoletana, the trade association that certifies restaurants (including CPA) as authentic.  You should also check out Jeff Varasano‘s website.  Jeff is one of the most knowledgeable people on the internet when it comes to Neapolitan pizza.  Oh, and he’s also recently started his own pizzeria in Atlanta, GA.  If you’re not interested enough to click those links, suffice it to say that this is not typical American pizza.  It is not covered in 2 pounds of cheese and toppings.  That’s not to say anything bad about American pizza– I love 2 pounds of cheese as much as any other healthy, normal Wisconsinite.  Just to say that this is not that.  The heart and soul of the Neapolitan pizza is the crust.  The crust should be chewy (not crisp) with a light char on the bottom.  The middle of the pizza should be the thinnest part, and should be slightly soft from the moisture from the cheese and tomato.  Everything on top is done with subtlety.  Simple tomato sauce, chucks of fresh mozzarella, a few leaves of basil, and a little drizzle of olive oil.  Nothing to overpower the texture or flavor of the crust.

Neapolitan pizza has been growing in popularity in the US over the last few years.  Nowadays there are Neapolitan style pizzerias in most cities and over 30 VPN certified authentic’ places in the country.  I imagine that over time more and more will spring up.  This may make the food served at Cafe Porta Alba less rare, but it won’t make the experience any less special.

*By the way, we took a picture of Jesus, the pizzaiolo, in front of the oven.  I’d hate to disappoint him by not including it!  Especially since he has probably cooked me more dinners than Leslie has. 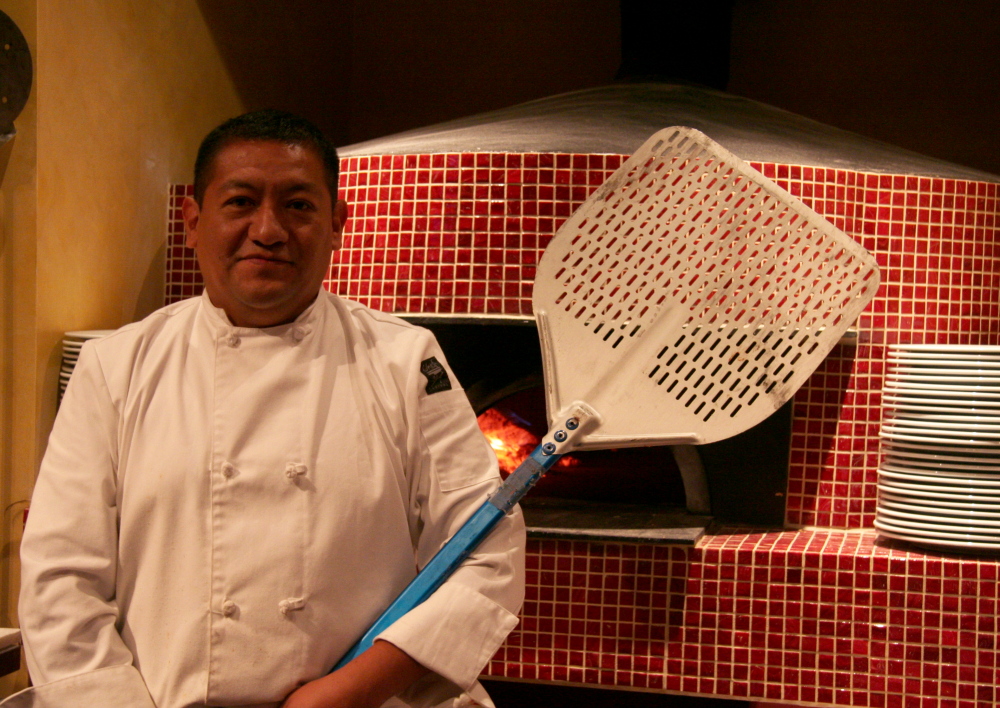 If You're Ever In..., Restaurants