Last Saturday I picked up a bag of red potatoes from  King’s Hill Farm and some walleye fillet from Supreme Seafoods at the Mineral Point Winter Farmer’s Market (at the Old Royal).  As I was cutting up the potatoes for dinner one night, I was taken aback by the interesting red pattern inside. I hadn’t seen a potato that looked like this before.  At first I thought there was something wrong but every piece looked the same and they were just beautiful so they could not possibly be bad for me 🙂 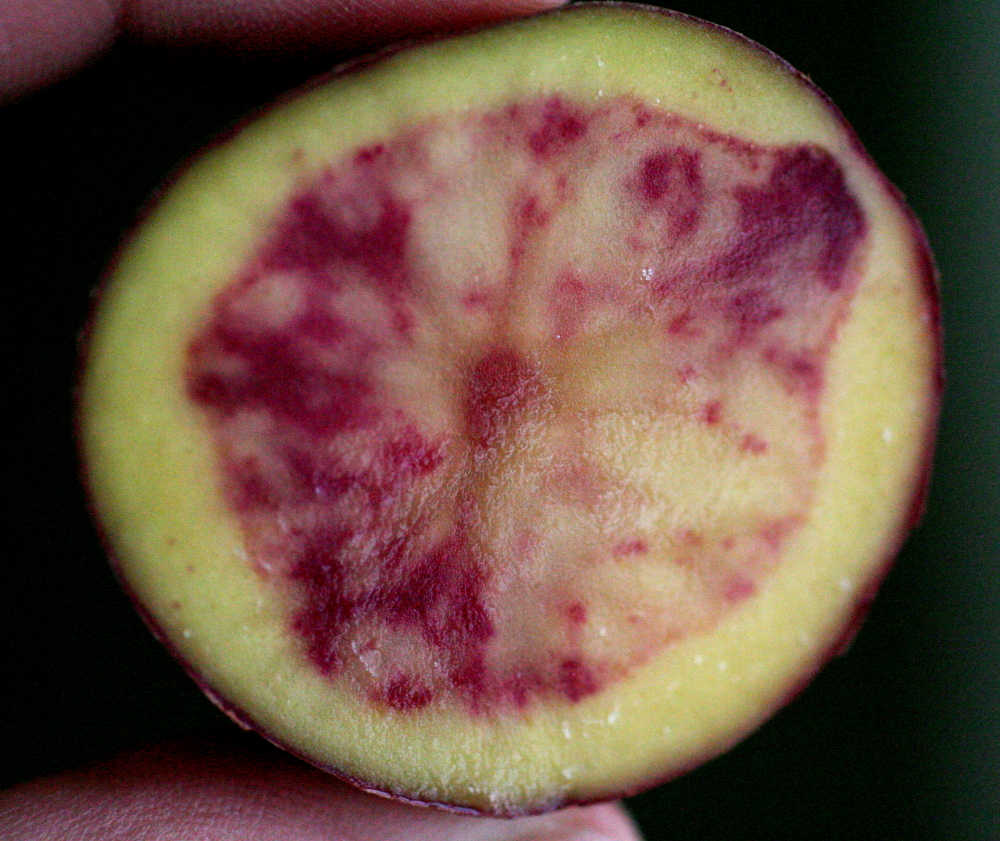 Isn’t it gorgeous?  The next day, I emailed Jai, one of the owners of King’s Hill Farm to asked about this special potato.  It’s called a French Fingerling which is  funny because they are not at all the size of little fingers.   Do French people have big fingers?  Kidding!  (On a side note, King’s Hill Farm also have the largest carrots I have ever seen.  Will post about it later.)    I think these potatoes would be perfect for a German potato salad, but so far I’ve just used them in a one pan meal with  the walleye fillets and some other vegetables I had around. 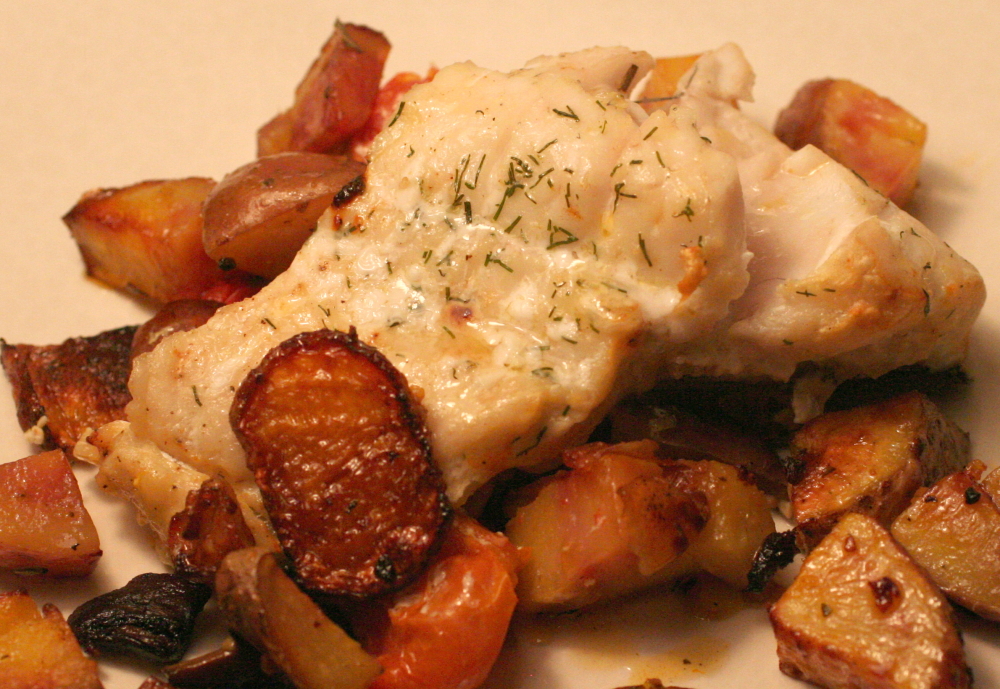 I basically put in whatever veggies I could find in the house.  Bake at 400 degree for about 50 minutes then placed the walleye fillets on top of the veggies for the last 8 to 10 minutes.  (You can start cooking from a cold oven, no need to preheat.)