I was not much of a tea drinker before I met Keith.  His family is English so he grew up drinking it every morning and afternoon.  Keith prefers his tea with milk and sugar but I like mine plain.  Last Saturday, I made some cucumber and cream cheese sandwiches.  The raspberry pie was from a different weekend but I wanted to share it since it looks so lovely with the flower cutouts.  The cucumbers came from my grandmother’s garden and the raspberries were from Bures.  We sipped Twinings Ceylon tea. 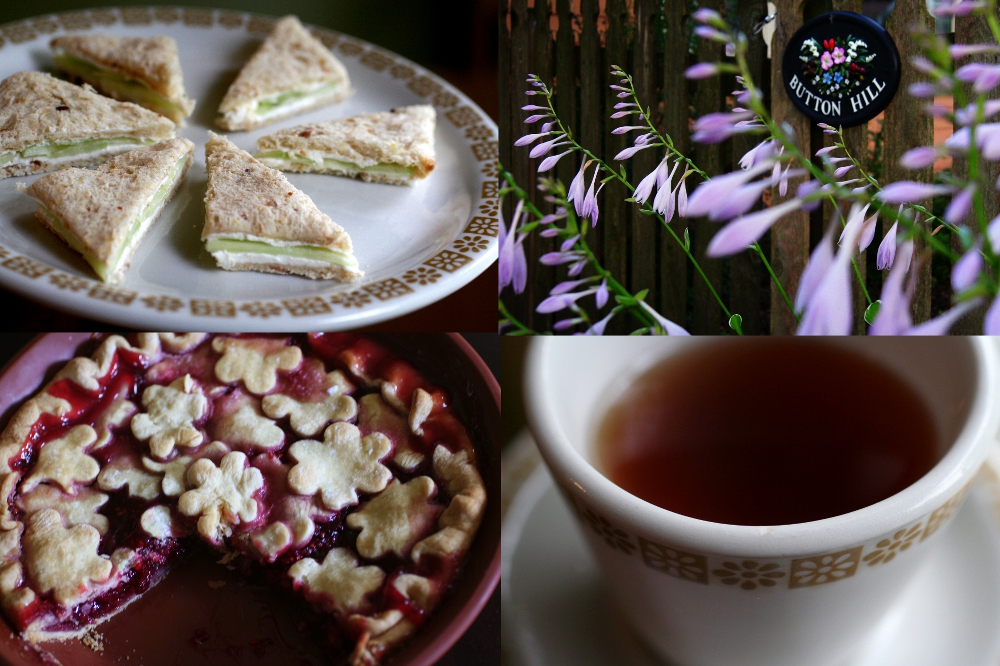 Go to the store and buy a package of Pillsbury pre-made pie crust.  (Oh no, I think I just heard Michael Ruhlman curse at me!)  I used a flower shaped cookie cutter for the top instead of the traditional lattice.

Macerate the berries in the sugar for about an hour.  Follow the baking directions on the box!  Yep, I said it.