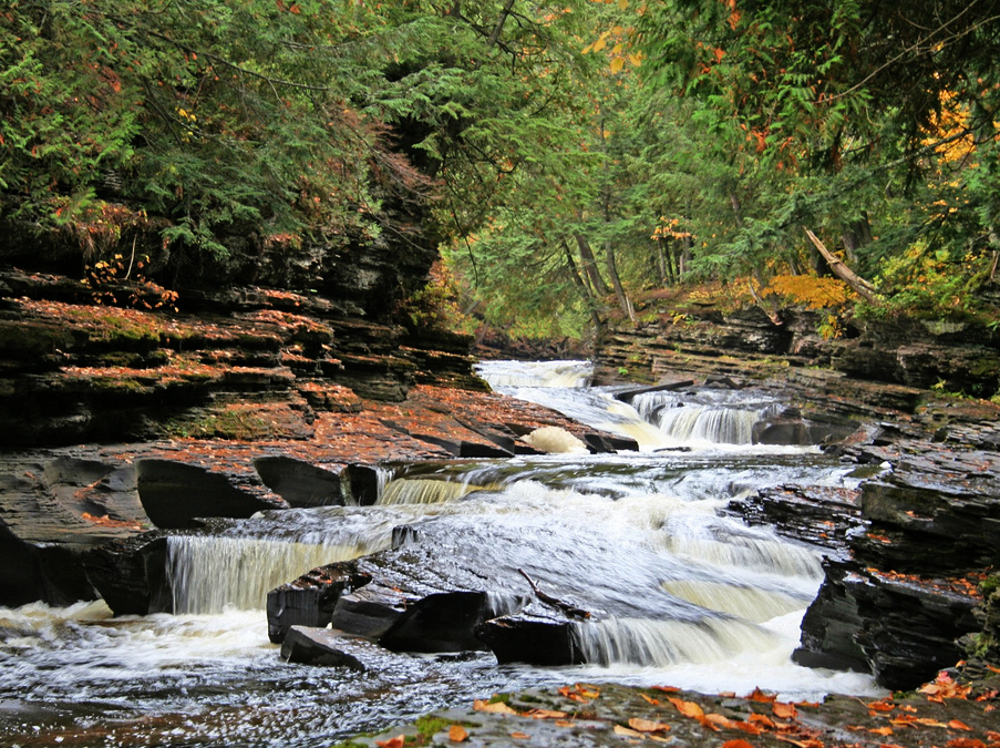 The smoked sturgeon we bought a few weeks ago from Valley Fish started a very interesting conversation about conservation (say that three times fast) in our house that I thought would be interesting to bring here.  As you may know, many species of sturgeon are threatened or endangered.  In fact, the sturgeon family (Acipenseridae) has recently moved to the top of the IUCN Red List of threatened species.  Most critically theatened are the salt water “caviar” fish such as the Beluga.  Less threatened, but still in trouble, are the freshwater varieties such as lake sturgeon.  To back up one minute, let me mention the fish we bought from Valley Fish was shovelnose sturgeon (or sand sturgeon), which is still commerically fished in the area; more on this later.

I don’t even want to try to address all the problems facing the salt water varieties of sturgeon.  The issues are big and complex, and I’m no expert.  I want to keep the focus here on the freshwater varieties in our area, since that is our local concern.  Lake sturgeon and shovelnose sturgeon are the two species found in Wisconsin.  Another species, the pallid sturgeon, is not found in our area (they are native to the Missouri River system) but because they are endangered, and they are so similar looking to shovelnose sturgeon, shovelnose sturgeon may be listed as a protected species in some areas under the “Similarity of Appearances” provisions of the Endangered Species Act.

The story of the lake sturgeon includes one of the worst, and one of the best, chapters in US fisheries management.  Originally considered garbage fish that would damage the fishing equipment, lake sturgeon would often be killed and dumped on the beach to rot– or sometimes they were used to fuel steamboats.  In the second half of the 1800’s, people began to covet the meat and the roe, as well as the isinglass produced from their bladders. Fishermen began to target the lake sturgeon, far overfishing them and decimating the population by the turn of the century.  The recovery of the lake sturgeon was made all the more difficult by the fact that they don’t reach sexual maturity until they are 14-33 years old (female lake sturgeon can live well over 100 years).  By the 1970’s, things were not looking good for the sturgeon in Wisconsin.  The population was down to ~10,000 in the Lake Winnabago system.  But then a group of sturgeon enthusiasts (lead by Bill Casper) stepped forward to help, and in 1978, formed Sturgeon for Tomorrow.  Since then SfT has raised nearly a million dollars for research and conservation efforts, and every year they organize volunteers for Sturgeon Guard.  During spawning season, sturgeon become so…focused… that you can walk right up to them and pat them on the head.  They are especially vulnerable to poaching at this point and so the Sturgeon Guard program places volunteers along their spawning grounds to watch out for poachers 24 hours a day, throughout the spawning season.  SfT is now the largest sturgeon advocacy group in the world with over 3000 members.  Between their efforts and good management by the Wisconsin DNR, the Lake Winnabago System now has a sturgeon population of ~60,000 and growing (one of only two sturgeon species worldwide to be increasing in population).  There is a short lake stugeon spearfishing season in Wisconsin, with are harvest cap of 1746 fish for 2010, as well as line fishing in a few rivers.  Without the cooperation between the WDNR and the fishermen (particularly the SfT), the lake sturgeon might just be an old fisherman’s tale in Wisconsin.

The shovelnose sturegon has a bit less dramatic story to tell.  Smaller than the lake sturgeon, and less “in the way” of other fishing, the shovelnose stugeon was mostly left alone by commerical fishing.  The population was still damaged though, by the various changes to its habitat caused by dams, pollution and other man made changes.  With the collapse of the Caspain Sea sturgeon fisheries, the industry is looking to other species for caviar, including the shovelnose (marketed as Hackleback).  So, is it okay to eat (freshwater) sturgeon?  Well, for the shovelnose sturgeon, I can offer my own conclusions that (right now, anyways) yes, it is.  If a fish species suffers from current overfishing, I can’t imagine justifying buying it.  But respected studies  have concluded the causes of the shovelnose population decline to be: ” habitat degradation, loss of natural hydrograph, sedimentation, channelization, loss of spawning habitat, flood control and navigation dams, artificial water management, water temperature alteration, and past over-harvest”  (Hesse & Carriero 1997) (italics mine).  In this situation, what the shovelnose needs to protect it is a good publisist. If more people are interested in it (i.e. are interested in fishing for it and eating it) there will be more public support for conservation methods meant to prevent damage to their habitat.  But… if the caviar industry really does look to “Hackleback” caviar to replace their lost Caspian Sea production, I don’t know would happen then.  I generally trust the WDNR to protect and manage local wildlife populations, but that is no substitute for vigilance.  We’ve learned from the lake sturgeon that the best way to protect a fish may be to get people passionate about it.  Anyways, the inverse of this is certainly true: it’s hard to protect something that no one cares about.