By now, the story of Uplands Cheese is fairly well known to anyone who pays even a little bit of attention to Wisconsin cheese.  From its beginnings a decade ago, Uplands has become one of the most heralded of the New World cheese makers.  Their commitment to rotational grazing, their continuing efforts to crossbreed the nine different breeds in their herd, their un-abashedly putting quality ahead of “productivity” (or yield, or efficiency, however you want to phrase it)—it is not hard to understand why this is the case.  They have channeled all of their efforts into producing a single cheese from their exceptional milk: Pleasant Ridge Reserve. 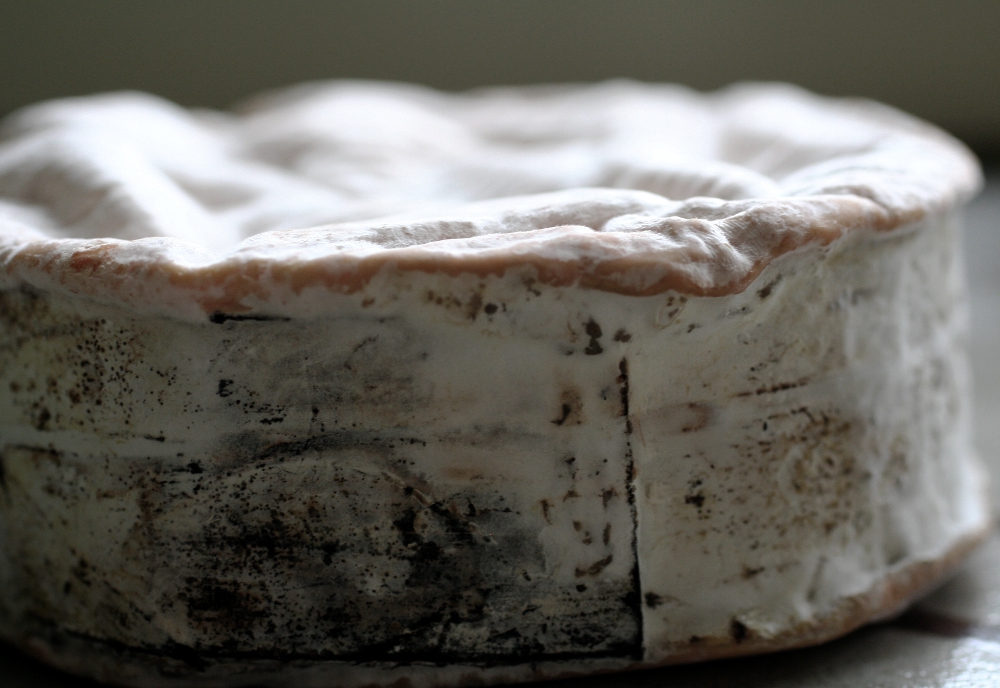 Their new cheese is called Rush Creek Reserve (like Pleasant Ridge, it is named after a natural feature on their farm).  It is a seasonal cheese, made in the autumn months after the cows stop grazing on the summer grasses and the composition of the milk changes and it is no longer proper for making Pleasant Ridge. The driving force behind the new cheese is Upland’s young cheese maker and new general manager, Andy Hatch.  Last year he spent time in France studying the process to make Vacherin Mont d’Or, the progenitor of Rush Creek.

A couple of weeks ago Leslie stopped by their farm and picked up a wheel of Rush Creek.  By the time you’re reading this it will be available at Fromagination in Madison and other fine cheese stores… that is if it isn’t already sold out for the year. 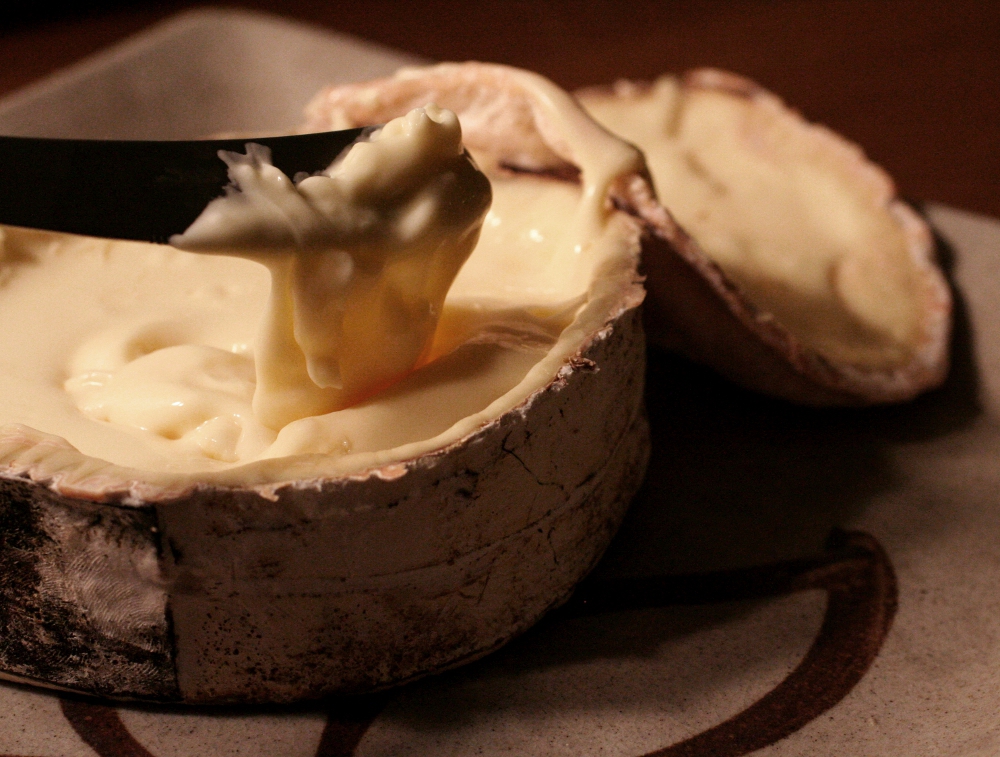 Okay, on to the cheese.  Each wheel is 12 ounces, roughly an inch thick, and wrapped with spruce bark.  I originally took the bark for just decoration, but quickly came to understand that it was structural.  I was going to cut a wedge out of the wheel for the picture but Leslie slapped my hands and told me not to.  Andy had instructed her on the proper opening of the wheel: the “lid” of the wheel is cut off and peeled back, exposing the custardy center that can then be scooped out.  Custard isn’t quite the right word I think to describe the viscosity, though, it was just a little bit stiffer than that.  Somewhere between custard and honey, perhaps. 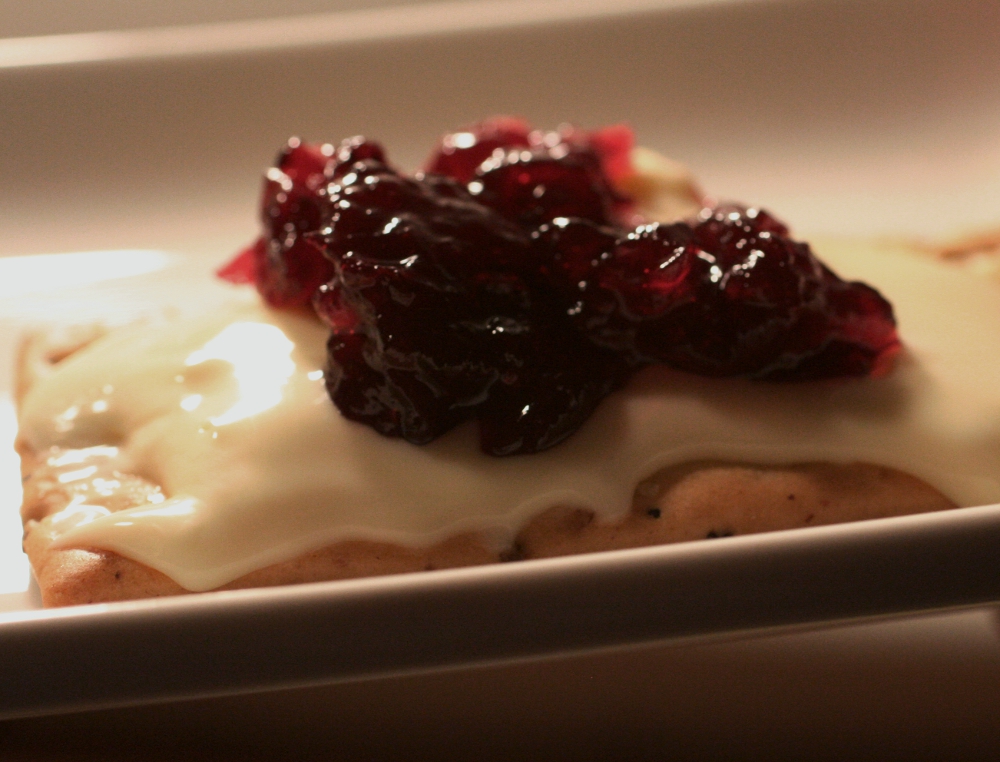 It has a fairly faint aroma, earthy and beefy.  After we opened the cheese we watched it for awhile and it was plainly evident how alive this cheese was.  It bubbled and shifted around ever so slightly, I think begging to be eaten.  We ate a couple of spoonfuls alone, and it needed no accompaniment, but it went very well with crackers and wild lingonberry jam (Spirit Valley Jam from Ogema, WI).  The flavor was primarily of butter and cured meat, with a very balanced hint of stinky cheese flavor which I’m tempted to describe in more colorful terms but I’ll stick with “barnyardy”.  Despite the rich taste it wasn’t overpowering and it was only faintly salty.  It was quite elegant.   We absolutely loved it.  The real artistry here is that Uplands have crafted a 60 day aged cheese (since it’s made with raw milk, the law requires it to be aged 60 days) that has a look, taste, and texture similar to 25-30 days cheese made in France and Switzerland.  We can argue about whether the 60 day raw milk cheese rule is good or bad, but Uplands didn’t let it get in the way of making the cheese they wanted.