How do you make an Apple Puff?

…Chase him around the yard!  (Sorry, that was the best apple joke I could find).

Our normal apple orchard is Oakwood Fruit Farm in Richland Center.  This year we decided to be a bit more adventurous and drive the extra 30 minutes to Gays Mills.  Gays Mills is a tiny little town with with a roughly 1:1 apple orchard to resident ratio.  The best orchards (for tourists, anyways,) are all lined up on highway 171 just east of town.  Gays Mills suffered so much damage to its downtown during the flooding a few years ago that they are actually relocating much of the town to higher ground.  I thought they only did that kind of thing on the Simpsons… 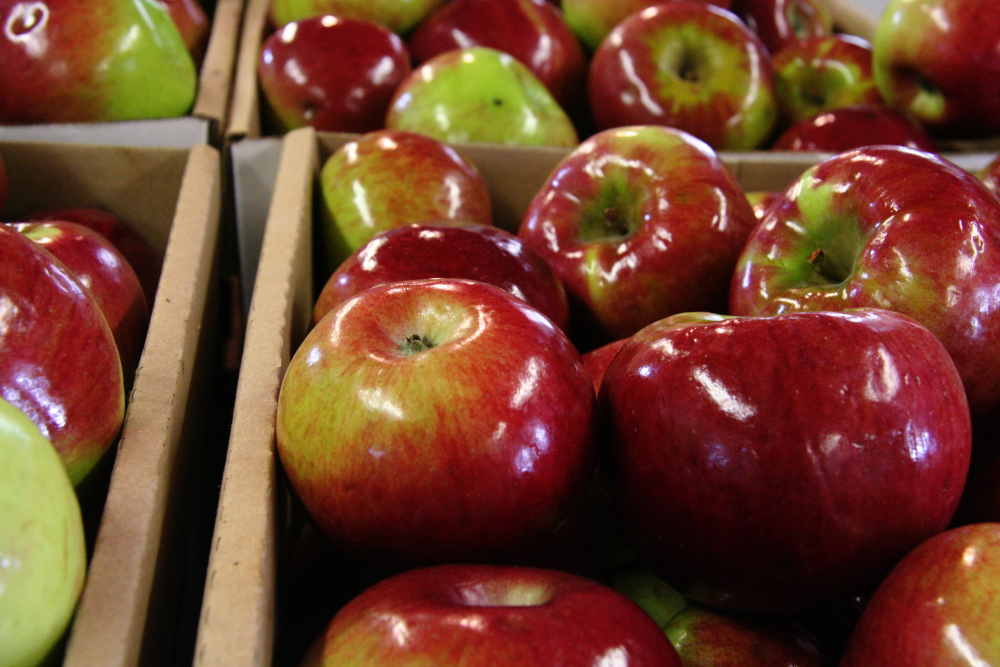 We actually took two trips out to Gays Mills this fall.  The first time the weather was just too warm to count as our official “apple-day” for the year, so we had to repeat.  Apple-day demands cool weather.  The two most impressive orchards were Kickapoo and Sunrise.  Pictured above are…some apples.  Can’t remember what kind.  Don’t bother spending too much time looking at them, you’ll get to seem them plenty, this picture will be replacing our title image (which we will be rotating with the seasons).  On the first trip we bought Honeycrisp apples (developed at the University of Minnesota).  Some people will try to make you feel bad for liking Honeycrisps because they are not “challenging” enough, because they are too mainstream, too… accessible.  Those same people will tell you you should be eating Cornish Gilliflower or Hyslop Crab.  Forget them.

On our second trip we picked up some Tsugaru, which had the same crispness as honeycrisp, but were slightly less sweet with a hint of banana.  They also ran a little smaller than honeycrisp.  I am a big fan of these because the lower sugar content and smaller size meant I could eat twice as many before I got to inevitable apple-day sugar headache*.  Leslie also got some Orange Winter apples for baking, but hasn’t done anything with them yet. 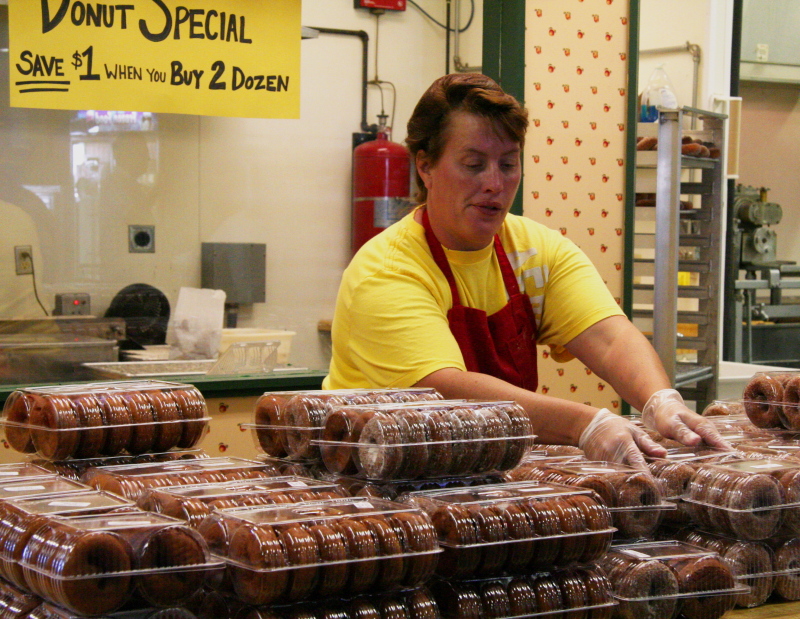 My real reason for loving our annual apple adventure isn’t the apples themselves though.  It’s the apple cider donuts.  Actually, come to think of it, apple cider donuts are my real reason for loving autumn in general.  I was very happy with the version found at Sunrise (pictured).  Kickapoo had some good apple treats as well, including a tasty apple fritter (still not as good as Greenbush Bakery’s though) and an apple pizza thing Leslie loved.  It’s still prime apple season (despite the fact that it snowed yesterday) so go enjoy the bounty of the orchard.  And bring me back some donuts. 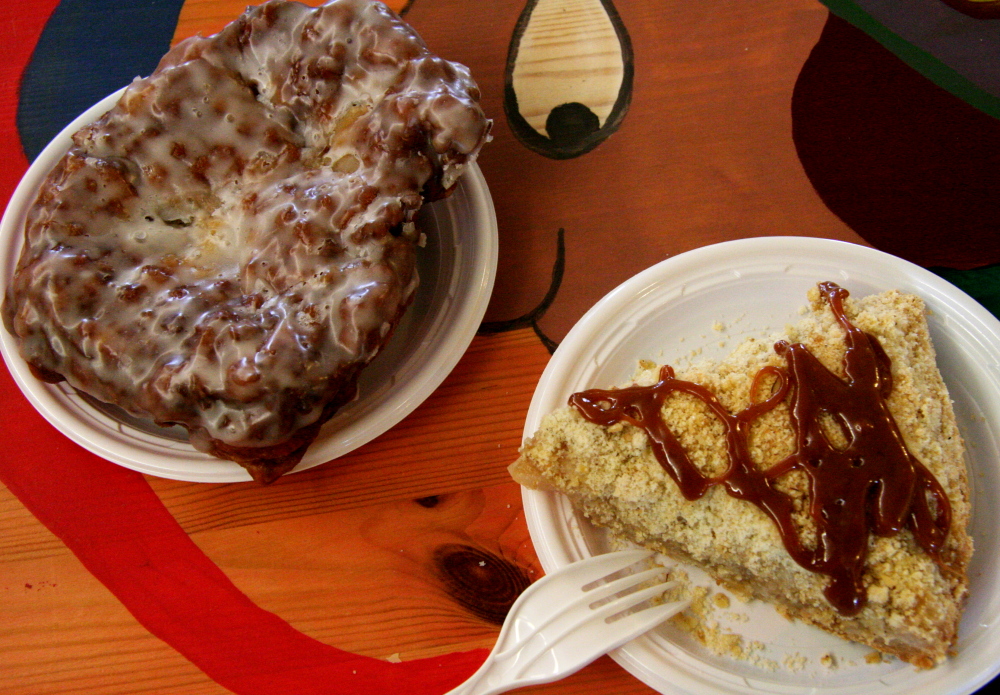 *The proper way to treat an apple headache is to find some fresh, salty cheese curds to counteract the sweetness.  If you overdo the curds, just balance them out with an apple cider donut or two and take a nap!